Hi there, looking to you guys for upgrade advice. Current system is CD5i(2)/Nait 5si/Epos ES14 (Flashback Performance DIN interconnect and Naim NACA5) . I realise it’s not the top of the range, but should be a good starting point.

Anyway, i’m just not happy with the overall performance of my system. Sure, it can play the odd track very well, but give it a busy track and I feel a bit disappointed with it’s clarity and composure. All too often i’m thinking it needs better control, soundstage and definition in the sound. I guess i’m just not feeling that wow factor.

So, I am here to ask which of my components you think is the weakest link and what I should replace it with to give me the greatest upgrade in overall sound quality. Budget is around £2.5k. Really only wanting to change one component that would also be a good part to keep during future system upgrades.

Epos ES14 are on original stands. Never been serviced but have had relatively light use over the years (had them since’92!). I understand these speakers can sound really good, given the right system, but if I replace them, I would want a floorstander no larger than the Epos’s on their stands. PMC, Spendor…?

Nait 5si is a great little amp, but just might not be doing the speakers justice. Was thinking NAP250 + preamp, so obviously second hand. Or another size amp/combo?

I feel the CD5i is a good starting point for a source? But maybe by changing that I would get noticeable gains and future proof the system. Of course streaming might be the way forward and i’m not averse to that.

Anyway, if you have a moment, i’d really appreciate your input. Cheers.

If you’re thinking of a 250 and matching preamp (282, 82 or similar) you really need a better source too. I would start there.

Thanks Chris. Might need to save up a bit longer then!

Just to ensure that you are getting the most from the existing kit, are CD player and amp on separate shelves of a supporting stand? Do both the mains plugs go straight into the wall?

In answer to your wider question, I would tackle the source first, speakers last. Those Epos ES14s are highly regarded.

CD player and amp are next to each other on the same long heavy duty oak shelf, but both are on individual Isolation platforms (spiked). Both have power line lite mains leads direct into wall socket.

If the Nait hasn’t been serviced it is probably not delivering it’s best. Whether servicing it is a cost effective use of resources is a harder question.

Selling your existing kit plus the 2.5k would give the finances for a s/h CDX2 and SN2…

I was thinking to upgrade incrementally but could wait to save more and change out more of the system. I realise that opens up many more options though, in addition to the extra cost of achieving that wow factor.

I have about 600 CDs, most of which I’d like to keep, or at least rip and play back via a non CD player source.

Maybe I should take my bank manager to the local Naim dealer!

That new XS3 could be worth trying. On budget and will leave you with hot pockets burning a hole. You could increase the CD numbers a little.
That cd5i2 is a great little player and worth holding onto for a good while. With an upgrade of the nait5si to XS3 should bring the best out of the epos speakers.

I’d get the nd5xs2 which should fit nicely into your system. Its miles better than the cd5i which is a bit dry sounding and does not resolve so much details from the music. I still have my cd5i but it is behind the simple chord mojo here.

Also, you need a nas to store the ripped CDs on. That would make 2.5k GBP together I believe.

Once all CDs are ripped in the coming years, the cd player can be traded in but it should not return much money I’m afraid.

If you were to buy a used NDX and Supernait 2 that would cost around £3500. I suspect that you could trade your CD player and amp for £1000 which would bring you within budget.

That would make a super basis for a system and be a significant improvement on what you have now.

I would say those speakers should be the first on the upgrade list. I’ve had 5si, and if you are satisfied with it, keep it, it’s not the weakest one out of your components, I would say it is the strongest. Those speakers are not at the amp level + are kind of power hungry @86db. I was feeding 87db/4ohm bookshelves and it was obvious it was at his limit, but it sure is a fine and involving amp. Get rid of of the flashback cable, get a standard lavender/grey Naim interconnect, you would not need anything else given the level of the other gear.

Hold the Nait5si, it sounds good. Or change it at the end, after the others …

Tricky! Realdpg made a good case and speaks from personal experience. I would just add that it’s a great time to buy a second hand streamer. I have had an NDX and an NDS and both were excellent. Streaming offers a vast array of music at your fingerprints and the sound quality is very high

I used ES14s for many years with a 82/Supercap and a 250 source was a LP12 and CDI this was a superb system indeed.

Thanks for all your input. I guess some auditioning is in order to see which helps best. I have a mate with a 250 set up who might be willing to let me plug in some of my components as a comparison. He streams from a Mac mini too.
Decisions decisions!

I’d suggest an SN3 It’ll keep you for many years, and drive the Epos much much better…It’ll also drive any speakers you decide to upgrade to. I’d also suggest to ANYONE here that if you’re unsure of the actual fundamentals of system setup and matching buy a copy of the Complete Guide to High-End Audio.

I have a pair of Epos 14s myself and love them - I could not part with them when I got SBLs years ago. Others may have good pointers, but when I look at modern speakers I often wonder how much you’d have to spend to get a similar sound or better sound to the EPOS, albeit one which has its own character - if you like the sound of the speakers, you can likely improve overall system sound by addressing other areas, but speakers can be so radically different in presentation certainly something to consider.

When I look at modern speakers in the £1,000-£2,000 range most look so diminuitive I just can’t see they’d match the scale and fairly deep bass the Epos can provide, even if many feel they are coloured - I just found them an excellent match in my formerly anaolgue system. They were pretty good with an ancient Linn Intek amp, but Naim pre/power (72/250) really made them sing.

I would probably not rush to ditch the Epos speakers but they are a reasonably demanding speaker to drive, and I’d imagine a Supernait 3 could control them a lot better than the Nait, but cost is more than you want currently.

There were lots of ex-demo/secondhand Supernait 2’s on some dealers’ pages recently, and you might pick up a good deal on a very capable amp.

If you have a Naim dealer nearby see if you can either loan an amp upgrade (or other component) at home, or take your Nait and Epos to the dealer’s and see what better/different amplification could add to the mix or how other speakers sound with the Nait - naturally demoing at home would be better and probably depends on proximity to the dealership etc.

Ignoring all the above, I’m going to make a suggestion some might regard as odd.

I don’t think you can add an external PSU to the CD player or Nait (I’m not that familiar with the combo), but if you have a dealer who could loan you a Naim powerline to try then after a recent experience I’d be very tempted to see what it might do to the overall sound connected to the source or amp - yes £600 is a very expensive mains cable, but I’m actually a bit gobsmacked with the effect of one I’ve tried recently.

If you really want to try the speakers I took these Canton 690 DC two years ago and I feel very good … Nice warm sound and thick basses, the rest of the money you will use then for streamer or amplifier … 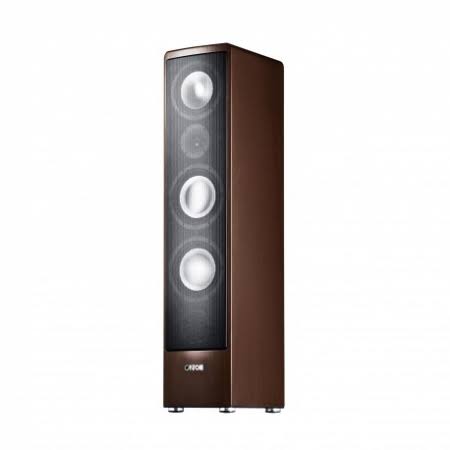 Ok, thanks to everbody for their input, much appreciated.

Overall I think the consensus is to keep hold of the Epos speakers and start with an upgrade to the source and then the amp. How that’s going to manifest itself, i’m not sure but I do know there’s going to have to be some proper auditioning along the way.

I’ll let you know how I get on.