I remember listening to a pair of the mighty Nautilus at Grahams. To this day the memory still sends shivers down my spine.

About 2005 at the start of the 500 series I heard I think an active 500 system into DBLs at a Manchester airport show. Magic, just magic

Of the national importer

Ps: in fact it was with this system I started to know the brand (we all love) , And made me switch to (1 and a half years later)

It was big enough to hold about a dozen seats with plenty of space around the speakers. Still quite a bit smaller then the Statement room.

The best sound from hifi I have heard, EVER, was a Thorens TD150 TT, Rega RB300, AT-OC7, alternated with Shearne Audio Phase 7 CD player, through MF The Preamp 2a, MF P170 power amp, driving ~34 year old IMF RSPM speakers through assorted nondescript joined scraps of wire to a total of around 40-50 metres length. The speakers were near the end of my garden, sitting on plastic crates to raise them about 18 inches, and about 20 feet apart facing towards the house some 70 feet away. Behind and to the sides were hedges, in between the speakers and patio at the rear of the house were vegetable patch, flowerbeds and lawn. Upon connecting up, prior to getting other things ready for the party that lovely summer day (to which neighbours were invited), we were absolutely stunned by the sound, and got out chairs and sat in the middle of the garden to have lunch and enjoy it, nearly forgetting to get up and do what we were supposed to be doing!

The reason? Virtually complete absence of room effects (other than reflection from the house wall 30-40 feet behind us). Crudely speaking, As far as the music was concernd not a long way from being an anechoic chamber such as that used in development of those monitor speakers designed to give neutral full range sound, but not totally dead like an anechoic chamber would be.

Sounds great.
I wonder what that jazz was?
ECM perhaps?
ECM recordings always sound uncannily real and present to me.

Have to admit, the one that stands out from all the audio shows was an audio note system. walked in to - not hi-fi, just music, perhaps not the most impressive, until you realise how rare that really is. Too bad it is 1. hard to find, 2 expensive (I believe), and certainly not a starter system, by the time you (I) reach that level, too much is already invested to start from scratch, and I believe with them, the “magic” won’t happen by adding/upgrading piecemeal.

Its too long ago to remember the disc label. Knowing Derek Jenkins and his dislike for anything digital it might have been a US Capital LP, so not ECM perhaps. That’s a bit of a guess on my part.
One ECM LP/CD is “The great pretender” 25/30 years old. Still does the job. Great trumpet.

I don’t go to hifi shows, or really any demos of stuff I’m not thinking of buying, so I have to say it was LP12/32/ 250/Bariks at Sound Organisation when R&H had the Southwark place. Amazing room, wonderful music, and best of all H&R’s superb company: spending one among several evenings with good friends. And then around 9 -10 pm we all adjourn to the pub. Just…perfect.

Philips Cinema Horn with Altec 505, Altec 1505 with Philips 5502 and modified JBL 075 mounted to a DIY 15 cell treble horn driven by a Sony SRP F700 active digital crossover and by EL34 push pull for bass, a EL84 SE amp for the mids and a 300B SE amp for the heights. Accompanied by a DIY E80CC phono preamp with SUT and line and completed by an EMT 930 and a Studer A730 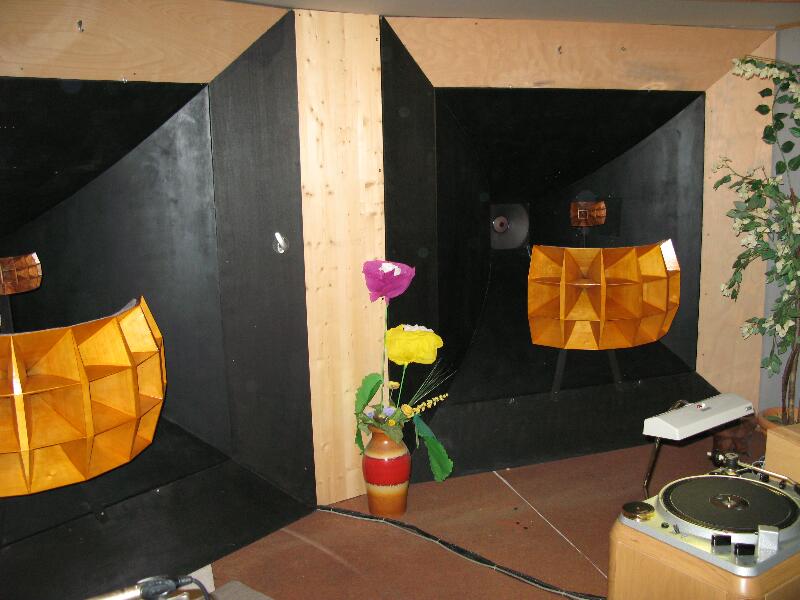 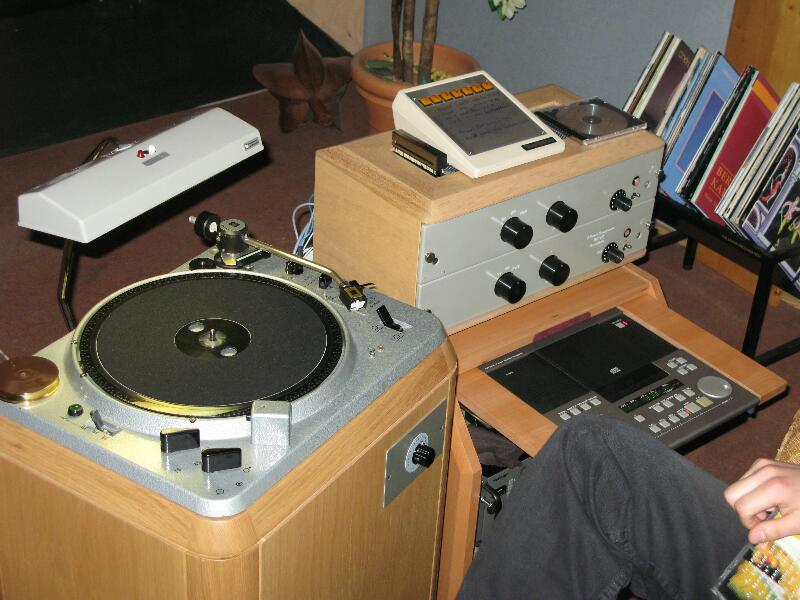 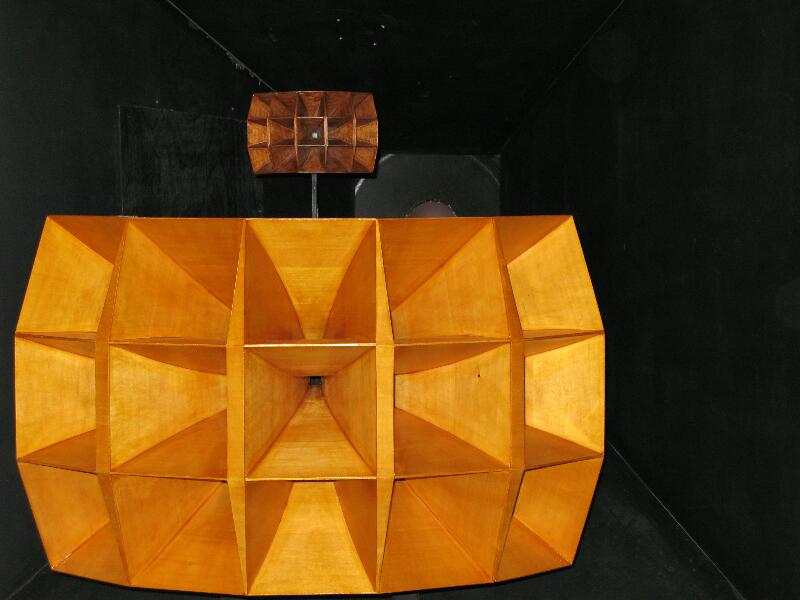 That was the first time that I could hear a system producing a frequency response of 20 Hz to 20 KHz at full level in real and with no drop-off. That was Dietmar’s system

In real world terms, it was a Cyrus system with twin mono speakers feeding Wilson Bensch Arc speakers, in fantasy HiFi show world it was an Audio Note system.

I swear if the soloist had changed the bow he was playing with, the system would have detected it.

I think it cost the same as a Bentley

Class A 400 watt bi amped perreaux audio into bmw 801 nautilus . technics sl 10 TT wand uni pivot tone arm wand phono stage with a hana cart. Playing “Mi-sex”,my god given some volume I have never herd such lust blanched system. Was like your at the concert and your clothes were moving with the beat.Completely eats a 500 system in that respect. Never forget that night,

. Of course your ears will start bleeding and you may vomit with the 20 Hz but I’m sure it’s worth it. 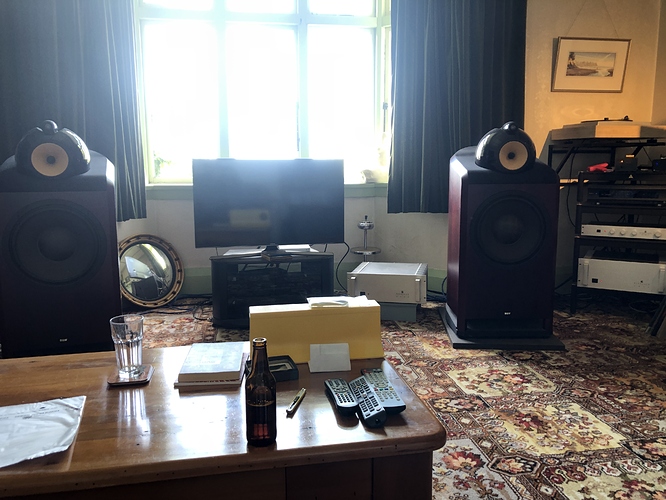 Going with a subjective definition of “best”, the best system I ever heard was a Valhalla LP12, Ittok, AT F5, into a 32.5 (no HiCap), 140, into a pair of Epos ES14s in the big dem room at the old Sound Organisation, in 1988. Limited bass and dynamics, somewhat coarse and lacking in detail and tonal colours, but a delight to listen to. Any decent modern system would trounce it in the hi-fi department, but I haven’t heard a setup since that would beat it for sheer engagement. If I could somehow graft the magic of that system onto my current setup, I’d be a happy bunny.

Some time later I heard the classic aspirational Linn/Naim system of that era, namely LP12, 32.5, HiCap, 250, Isobarik, in the same room. I was expecting to be blown away, but instead was shocked by how unappealing it sounded. A huge, powerful sound, with extraordinarily deep bass, but also lumpy, slow, and generally unnatural, an early lesson in “buying better components doesn’t necessarily get you a better system.” That said, I’d be interested to hear the Isobariks in a decent active system, if the opportunity ever arose.

The first ‘best’ system I heard was at the Sound Organisation back in the mid 80’s. This was the famous 135 active demo, which blew a Linn Isobarrik off its stand. I think Naim were also running an early version of the Armaggedon as well? An acetate copy of ‘Frankie goes to Hollywood’ was the song that did it.

The ‘second’ best systems was when a good friend of mine acquired a full Naim Statement system running through 800’s. Effortless music with that elusive ‘live’ quality sound that I’ve searched most of my life for!

Mine. But maybe I need to get out more.

Probably not the answer you’re looking for, but: