When did this craziness start? Are our green goals misaligned with common sense?

This is something I see as so excessive and enviromentally damaging with no need apart from ‘convenience’ and marketing.

Trying to remember if strawberries came in plastic punnets in the 70’s - maybe but why on earth is virtually everything pre-packaged now?

I suspect I know the answers some will reply with, and have a few specific examples of my own, but in M&S this afternoon the lunacy of such things was embodied by this: 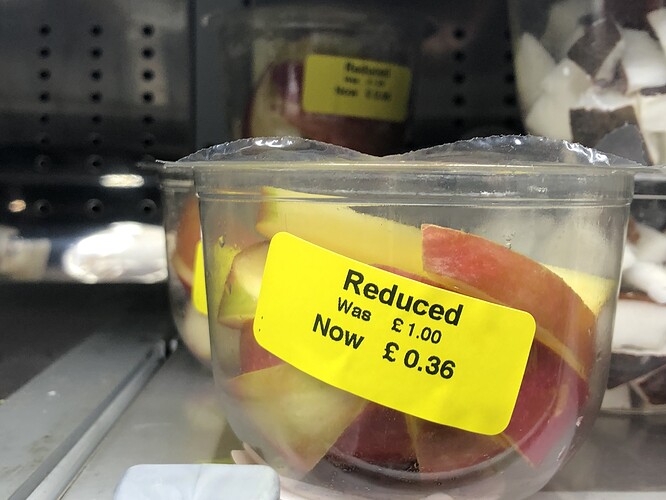 As for the green goals comment surely food packaging needs tackling but rarely is, presumably as businesses would object. All very well to roll out ambitious but impractical policies regarding electric vehicles, heat pumps etc when these technologies simply aren’t affordable or workable for most.

Its’ ridiculous. If I recall correctly, they came in square card containers back then, with larger packs coming in card baskets with a metal loop handle - Or I may be imagining all of that

All our strawberries came in a Tupperware box….after we’d picked ‘em from the fields in southern Hampshire,…… although it is possible that we kids may have diverted a few on the way from plant to box

Amusingly, our house is built on the very fields from which we did the “pick your own”. We still get the occasional strawberry plant in the garden.

Part of the blame must rest with us, the consumers.
Sliced, chopped, individual portions etc…from lettuces on up…then served in plastic wrapping promoting our fetish for having food seemingly untouched by human hand, or other consumers.

Now, whether supermarkets started this trend or just responded to demand, I don’t know.

Inevitable outcome of mass production? Dunno. But it seems crazy how people expect everything to come sealed…

I’m reminded also of Waitrose free coffee - I lost count of the number of customers who’d line up every day for a cup - take one, maybe two sips then leave the near full cup in another part of the store. Why? Because it was free is my guess…I doubt, being WR, that it tasted that bad!

It seems to be a trend supporting the immense laziness of consumers nowadays - my pet hate being the absence of any clear re-cycling mark on many of the plastic containers and trays. And, as you imply, the cost of buying something pre-cut far outweighs the base cost of the contents. I look at the plastic containers of mixed fruits (e.g. strawberries + a.n.other) and you’d be far better off buying them separately - and they sit next to each other on the shelves.

Outside of the food domain, I often see plastic containers where the body is marked as recyclable but the hard to remove plastic cap isn’t.

M+S is a particular culprit of over packaging. One of several reasons we never buy food there.

One thing obvious whilst working at the local Foodbank is that cheaper and less healthy foods are more often over packaged. Cakes and biscuits, pre prepared ‘quick cook’ products for example. Why should simple, recyclable packaging be associated only with high value or healthy food?

As an aside whilst I am on my soapbox M+S are also the most reluctant and unhelpful Foodbank donor of all our local supermarkets. Consistently unable to understand that we are not their waste disposal contractor and with surly and patronising staff. Conversely I must credit Morrisons who hand over huge amounts from their stock, and also make customer donations easier with quick grab pre selected ‘meal packs’ close to the checkout.

Many of us are conflicted. We say one thing and do another.

There is quite a bit research done on this matter.

You might never heard about it, but Wageningen University exists and has done a lot for the environment. 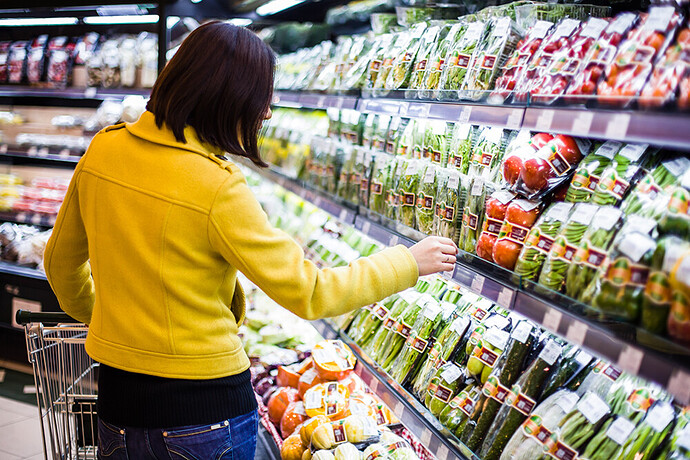 The packaging of food: how to minimalise environmental impact

Plastic waste littering on the roadside, packaging on river banks, plastic ravaging the oceans and their inhabitants. Campaign groups such as the Plastic Soup Foundation are debating the use of plastic packaging for (fresh) food while public opinion...

One of the countries with the most extreme packaging norms is Japan, they tend to plastic wrap each individual item of a product: 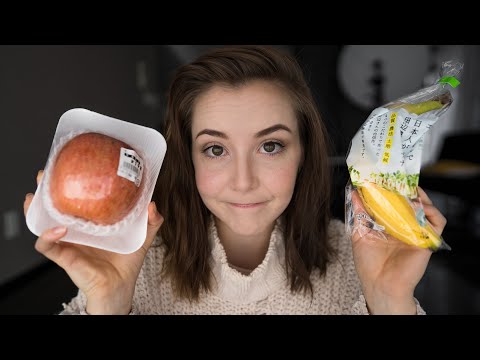 COVID has been a retrograde step for packaging with much more individual wrapping/disposable containers. Some coffee shops are still refusing to use a keep-cup. I hope it reverses at some point.

It is crazy. Reminds me of the Dead Kennedys album title… 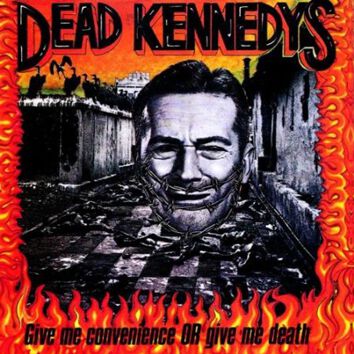 But then they are the kind of people recycling it properly I assume. I cannot imagine a Japanese person throwing the plastic on the street.

The capacity of the planet to produce plastic should be matched by it’s capacity to recycle it.

I could cry at the litter I see when walking

Interestingly, there are hardly any public bins in Japan! 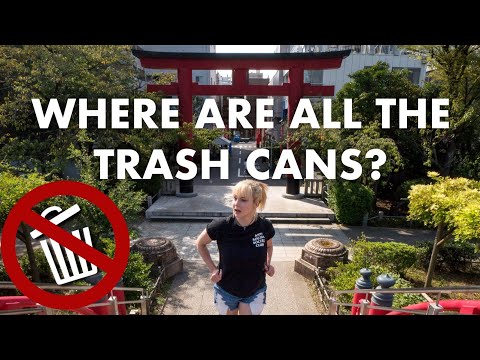 One of the things we liked whilst living in Michigan, the food stores had machines which took your cans and glass bottles and gave you 5 cents per item. Very rare to see discarded cans or bottles, people would pick them up for the money.

It’s a pet hate of mine single use plastic. It should be banned everywhere. Thankfully it’s been phased out here by 2025 hopefully sooner.

That article seems quite pro- industry talking about alternative packaging including biodegradables and ‘coatings’.

I am very sceptical of the phrase biodegradable in relation to plastics - they may break down but if into invisible unnatural compounds that’s porentially worse than something that doesn’t and is disposed of properly.

I hate plastic wrapped cucumbers which can become a tube of slime if you forget about one.

The other culprit I fear may be perpetuating packaging is increasingly ambitious recycling targets.

If the amount of packaging was reduced and largely unavoidable non-recyclable waste remained constant the percentage recycled would drop.

Japan’s idea of recycling consists mainly in incineration. Much of the rest is exported to China or Indonesia - where a lot just gets dumped in the ocean. So no, they do not really recycle much. But even if they did, the sheer quantity of plastic that they use is horrific.
Not that we are brilliant in this matter.