I never published any pic of my system …

I could have bought an axent from a friend of mine but where would I put it ??? 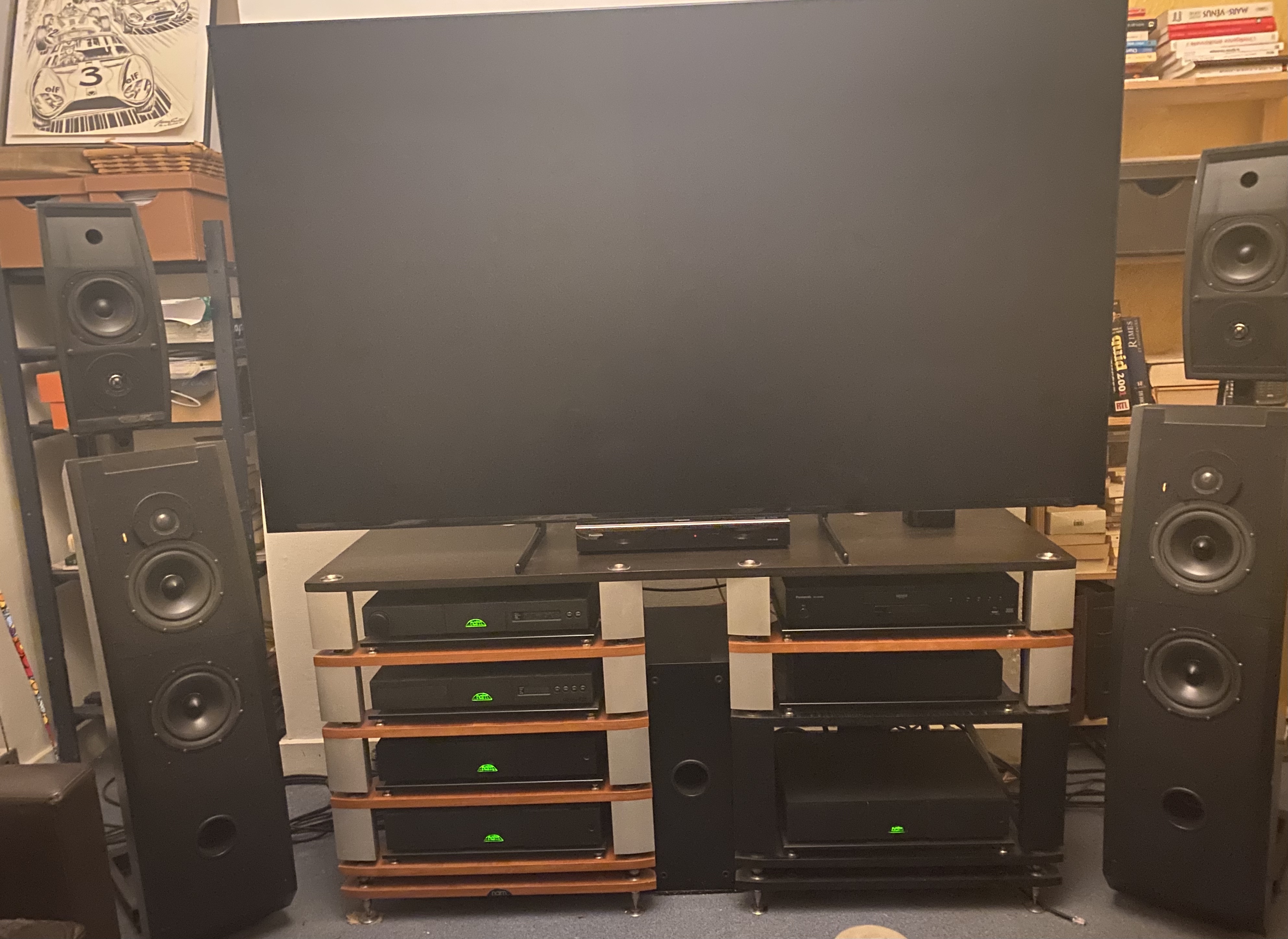 You are right but where you would you put the extra HT or extra strictly stereo gear with Preamp + CD + power, etc ?

I use the 250.2 on the rear speakers instead of my 200 … seriously I ma conscious that it is a luxury but it you can hear that it is much much better if you have “some” speakers … HT is some kind of drug in fact

but run well it can be wonderful, it is a question of coherence and balance between all the speakers, very hard to set up (that is why I’am asking so much “like a baby” for a V145 … DR)

The Axent was awesome. I recall one dealer in the south of France who loved it so much he used a pair as main speakers.

became rear speakers were “advised” buy an “old” naim dealer. The guy was fantastic. I “stayed” in the brand to keep being coherent in HT with is my first goal.
I don’t watch TV, I record it, every saturday my Pany is programed to record what I might like for every week. That’s the way I work.

Next level, which is the same brand, if ever I can find them 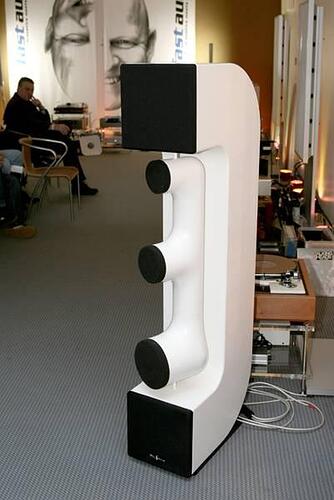 I’ve played around with the idea of putting a 250.2 on the rears in place of the 200 just to see what the effect would be.

I was amazed at the difference the 200 was in place a 150. It seemed to project the sound much further forward so that sounds that go from front to back (or vice versa) were more seamless. It just seemed to create a pool of sound with you in the middle of it instead of it just front effects, then the rears if that makes any sense. Anyone using one of the smaller amps and is able to try a 200 at least for the rears should give it a try. The effects of good rears is overlooked from my experience.

Who has a NAP V145 Home Theatre

Never made a NAP-V145DR and knowing them, they would insist on making it a proper R&D project if they were to do so - or offer a DR upgrade to existing NAP-V145s. You could always ask though, and see what they say…

Not sure who at Naim we could ask about though.

You could mail Naim’s service dept. for the attention of Mark Bonner.

I don’t know if I can publish this ? If not, please, erase ?

Thank you for your email and support of Naim products.

Unfortunately, at the time that the DR upgrade was implemented and offered as a service to our existing customers, the decision was made to offer the upgrade on the current product line at the time, and not the older legacy products. Your NAP V145 does not fall into the category of products for which the DR upgrade is an option.

The DR upgrade service does take up resources within the business, and was not offered for significant financial gain to the business, it was a decision based on being fair to customers that had recently purchased units when the DR component was developed and implemented by Naim.

I hope this offers a reasonable explanation for your enquiry.

That’s very clear and I do understand.

That DR evolution is so great. I enjoy it so great with the 250DR, it is “insane”. So many thanks to Naim’people

Just read the reply to @Karyboue and now we know DR isn’t available for the 145, is it possible to run the Axess centre speaker using just one half of 250DR?

Thanks for the pointer…I was interested in the line…"A new one (by special order) will cost you £… " Can you still order a v145 from Naim???

I guess so. With a custom lead you could probably even bi-amp a suitable centre speaker.

If my memory is ok, I was a just a question of modifying the cable by soldering left + right channel on the output DIN plug out of the AV2.

It is better, “more enveloppe”, wider and deeper, almost like a real rear image because bass is much much better (same speakers as the front but 2 ways only). Quite a surprise I didn’t thought that going 200 to 250.2 would “boost” that much my rear speakers.
Because I have no sub, I can really hear the changes.

I receive a bunch of 4K Blu rays in the next weeks, I’ll let you know.

Even If the processor is an old AV2, It really rocks “on” Dolby Atmos. I remember renting on the AppleTV Ad Astra, Brad Pitt “falling from space (

)” at the beginning of the movie … sound is crazy, it turns around all the speakers. I never heard a sound like that before … it come from an AppleTV to the connect box of my TV then transferred with optical cable in core DD only (Dolby atmos origin) on the AV2. How is it possible to have such a great sound ?

A great feature of the Apple TV is the downmixing of the modern formats. We use the optical out directly in the AV2 and the sound is great indeed.

May the AV2 stay healthy for a long time since we have plans to get a projector in the living room. Kids are turning into teenagers and we spend more time watching movies together than me listening to music alone

AV2 is my main preamp, meaning that if it fails i have no sound on movies or music