Why is radio sound so “bloated/boomy”?

When I listen to radio through my Naim streamer it sounds very bloated with most stations except with the very few 320kbps streams such as radio paradise.
It is the same on both my Nova and ND5XS2 in different rooms and different speakers.

Most iRadio has mediocre sound quality, perhaps not surprisingly given the lossy compression used. Some are better than others though. For Radio Paradise I would recommend setting up the lossless FLAC streams via vTuner which now work quite well on the current gen. streamers. To my ears they sound significantly better than the regular 320 streams.

Not too sure, but i think most stations use quite heavy processing on the “signal” I also find the high bandwidth stations pretty good.

Most radio stations have a sound shape designed to be heard at regular listening levels and don’t lend themselves to high volumes.

Web radio tends to be very compressed therefore high end and transient information is removed leaving a duller thicker sound. Now this might suit some low end equipment, typically not so high end.
If you like radio, you might want to invest in a proper radio tuner, which will be a vast improvement for most web radio other than well produced 320kbps AAC compressed streams.
Web radio for channels other than the well produced 320kbps AAC streams is not really about SQ.
A few experimental non compressed web radio streams appear from time to time using FLAC, now these have the potential of sounding as good if not better than local cd streams. But they are few and far between, and because how web radio is provided (ie not really broadcast, but discrete streams) are relatively expensive to provide for quality non highly compressed streams.

Hi Simon, I presume you are referring to the BBC Radio 3 FLAC trial, which did indeed sound very good. Pity they didn’t continue it, perhaps it’s something they were considering if they stopped the FM service.
At the time I remember thinking that Radio Paradise FLAC was, by comparison, nothing special, and added very little over their 320kb streams. These do seem to have improved quite a lot now, and even on the QB2 in our kitchen I find they sound noticeably better.

Chris - yes the BBC trials and Radio Paradise. However 320kbps AAC [48kHz sample rate] has the potential of sounding rather good.

I saw something recently written by a BBC engineer in the know which explained that they thought the Radio 3 HD HLS internet feed was the highest quality they had ever had, better than the FLAC trial and much better than FM. I wish I could remember where it was!

David - that is strange because the FLAC trial used the HLS like stream container called MPEG-DASH - for the new streaming format version of FLAC. 48kHz lossless is considered preferential over 48kHz lossy acoustic masking codecs.
Certainly the engineering papers that the Beeb put out at the time showed the FLAC HLS streams as the current pinnacle in SQ.
The view is that you may be referring to (?) that the HLS distribution system provides potentially better quality and definition than the aged FM distribution system. 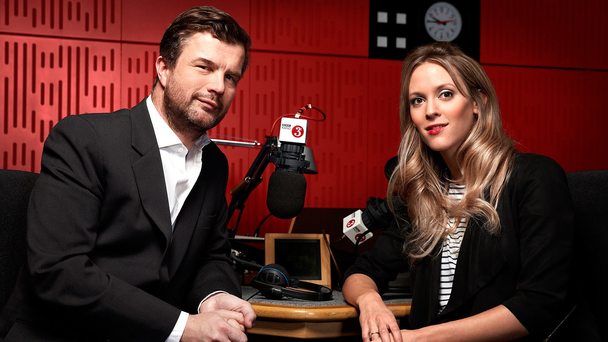 Hear Radio 3 exactly as it left the studio - we're trialling lossless audio to your browser with DASH, FLAC and HTML5

I know it can be confusing but HLS, DASH and HDS are container streaming formats and have no relationship to the quality or CODECs used, which typically are but not necessarily limited to AAC or FLAC.

The trial FLAC stream was light years ahead of the HLS streams that are native on the Naim streamers to my ears. I used it through Minimserver on a Synology NAS and you would have to be stone deaf not to hear the difference.

Chris see above - HLS or DASH are nothing to do with the media CODEC - they are essentially interchangeable and competing transport streaming protocols.

I will have to try to find the thing I was reading, but it was on line and two or three weeks ago so probably a hopeless quest now.

Do you think his view was strictly impartial? It’s not like he had any particular axe to grind…

Yes, I was perhaps misleadingly using the term HLS as that’s how Naim described the AAC 320kb streams when they released them. I notice they now more accurately refer to them as the HD streams. Aaaaah, hang on…

As I recall this was a techie exchange in a forum and one BBC engineer was quoting a posting by another. There was a fair bit of technical detail in it and I don’t recall thinking that he was biased.

Undoubtedly part of it was about the content and programme distribution network as Simon suggested. I recall him saying that FM was hf limited because of the roll off associated with the stereo multiplex pilot tone and that all the programming was distributed digitally before getting to the FM transmitter so that no transmissions were analogue as such, but that he recognised some people preferred the rolled-off smooth sound of FM Radio 3 over the more accurate 320 kbs AAC Radio 3 feed.

I forget now though the reason he gave for the FLAC trial not having the sound quality available now.

FM is hf limited because of the roll off

Indeed - and also the current distribution network that was installed in 1983 onwards uses a 32kHz sample rate 14 bit non-linear PCM NICAM encoded (32/10) [companded to 14 bits] … not very much analogue about FM in the UK since the start of the 1970s.

Before the current NICAM PCM the solution used linear PCM 32/13 with the anti aliasing low pass filter set at 15kHz. That is also why the signal is HF limited. The newer NICAM system retained the 32kHz sample rate of the first 1960s based PCM system. That PCM solution was introduced in 1972, and Hifi News at the time exclaimed at the improved quality on BBC Radio 3 (nothing changes…) and reduced cross talk of the new 32/13 PCM system over the old analogue distribution system. " Those capable of receiving the BBC PCM [fed] stereo radio are almost certainly hearing the finest sound quality available in the world."

The Radio 6 HD channel sounds a bit weird, but is surely great quality? 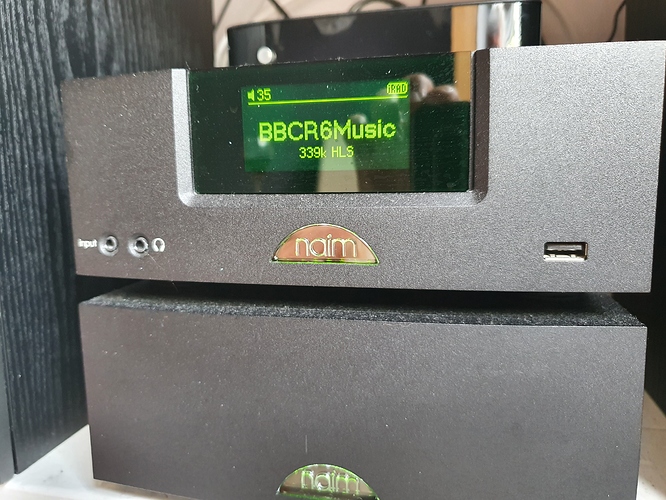 Ok thanks, for some reason I expected it to be Auntie Beebs finest, alas not!