I would put those feet between the two boxes rather than underneath to isolate them better.

Those feet could make the system sound like a Statement and I wouldn’t give them room in my house… or at least I’d get a fully enclosed rack to put them in as I’d never be able to look at that.

It is your taste that matters, though.

It performance all the way for me and having added Isoacoustics feet below my Supernat 2 and CD5XS over the last month I can say I’m very pleased indeed. 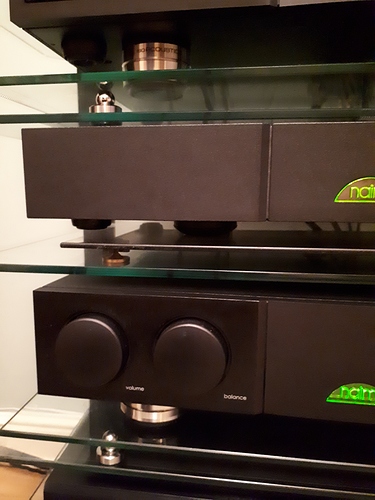 performance is the priority, as personal tastes…

I just removed both feet quadrasphire. They were not very nice to look at in my furniture even though a slight improvement would have led acoustically. I ask for help in looking for something more linear, black and maybe smaller. If anyone knows any other brand or solution, I accept advice.

I agree that it doesn’t look good, I think partly because you have two units, one with and one without the supports. If you had the same supports under both, the look would be more balanced, even more so if the units were side by side.
Except for a short period when children were toddling, I always had floor standing speakers. When auditioning Graham LS5/9s, the stand look rather industrial. I said to my wife “Could we live with those?” She replied that they were to listen to…

Will they not ship to you ??

Cymbiosis also stock the Fraim cup and halls, I couldn’t see any restriction about shipping to Italy on their site on a quick check.
I’ve just had a great experience with them, on Tuesday I rang up to order a set of cup/balls/locators, when they realised I was the guy who’d bought the 555PS from them a week ago they refused any payment and dropped me the set in the post as a gift, great guys. 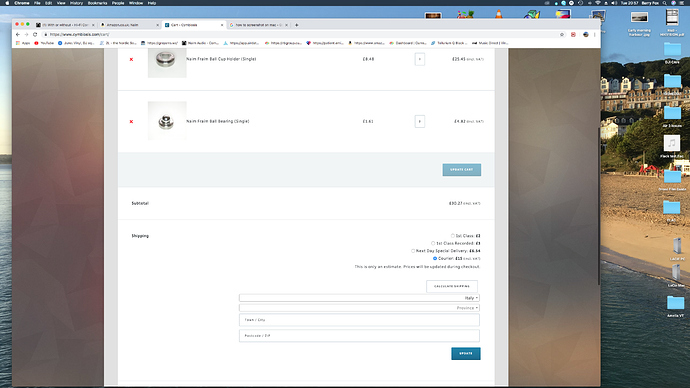 No. Before they put the address they see where you connect and a prohibition signal appears.

I don’t find the article from cymbiosis