I was out walking our Jack Russell, Louby Lou today and was crossing the fields doing my usual pick up of any old plastic buried or lying on the ground when I spotted what I thought must be an old trailer pin poking up from one of the recently ploughed furrows. When I picked it up though I realised it was in fact a bullet casing, and an old one at that. 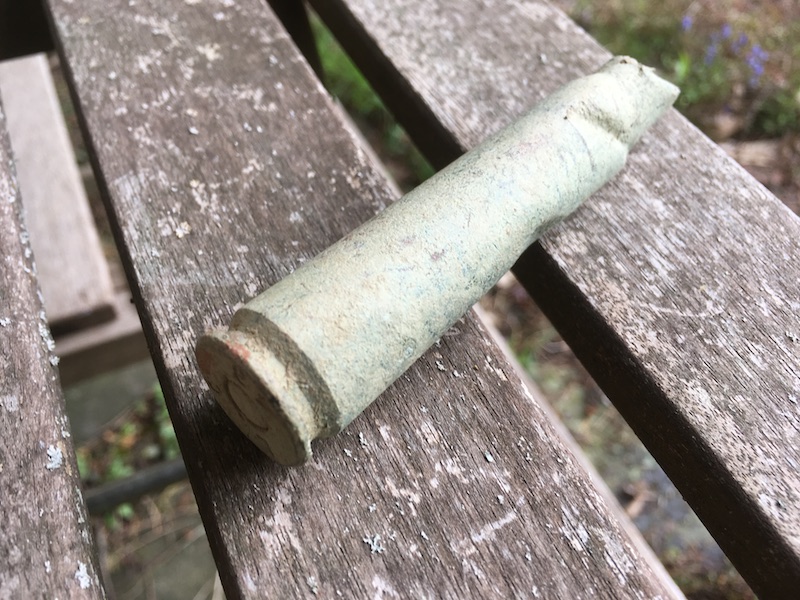 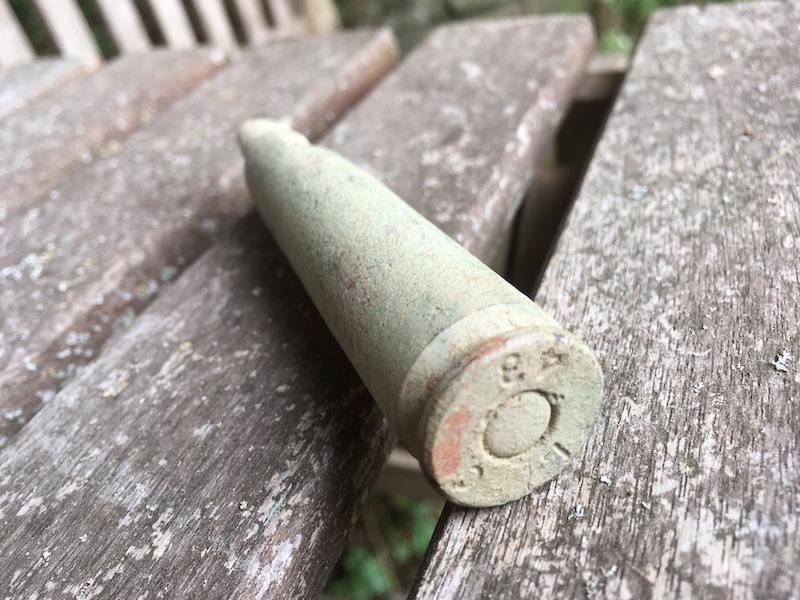 LC 43 seems to indicate it’s a .50 Cal bullet, probably from an aircraft. The field is in Kent and so was witness to plenty of aerial combat during the war, not least during the Battle of Britain, and later when the V1s were fired from Northern France towards London. The field is pretty much bang on the flight path many of the V1s took. I have been told that at least one Doodlebug crashed in nearby woods and that there are at least three buried crashed allied aircraft in the area, one of which was excavated about 45 years ago. I’ve dug up long rows of 303 casings in the garden before (I assume from when Allied aircraft were trying to shoot down the V1s), but this is the first .50 Cal I’ve found and I was wondering whether there are any forum experts who might have an idea of what aircraft it may have come from.

Great find Richard - I’ll be following this thread with interest.

Quite easy - www is your friend

Its a .50 calibre & LC 43 means it was made Lake City Army Ammunition Plant - Independence, Missouri.
Probably from a Browning M2 machine gun, the most widely used weapon on the American bomber and fighter planes of WWII
I don’t believe the M2, or Browning 5 as it was known in UK, was used on British aircraft, these used .303 or 20mm ammo

Excellent, thanks Mike. So, most likely from a US aircraft. I’ve been told in the past that an RAF plane crashed nearby - supposedly they would fly very fast and low trying to shoot or tip the Doodlebugs, and every now and then it could end badly for pursuing aircraft and pilot. From what I have been able to ascertain so far, it seems the RAF were using Mustangs in 1944 for these operations due to their excellent performance at low altitudes.

Do you know whether the RAF might have been using Mustangs equipped with .50 Cal guns?

One oddity with this case is that it doesn’t appear to have been fired, so may well have come from a crashed aircraft…

Hi Richard, yes the P-51 Mustang had that ammo, they had 6 × .50 M2 Brownings
I’ve no info on the RAF using them for V1 chasing, they had poor altitude performance & were used mostly for ground support ops.
The only V1 chasers I know of were the Griffon engined Spitfires

Hi again, this might not be from an aircraft, the Browning machine gun was used extensively by all the allied ground forces.
Apart from the US army based in UK preparing for D-Day, the British army had various US built AFV using the same gun.
I suspect its highly likely that the British army used US made ammo.
I should’ve added that the 43 number means it was made in 1943 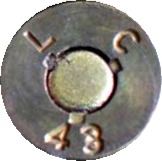 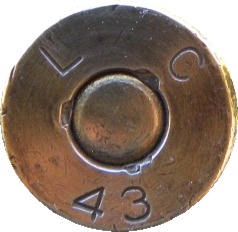 Bingo! After a lot more research, it turns out there was a British fighter that used .50 Brownings as part of its armament - the Griffon Engined Mk.XIV Spitfire, used for chasing V1s. I have also discovered that a Mk.XIV spitfire crashed while trying to tip and destroy a V1 very close to (within about 30 yards) where I found the bullet case. It’s an interesting story, well documented, and I’ll post more later.

As for V1 chasing, as well as Spitfires we used Hawker Typhoons and Tempests and possibly Furys too, they were definitely fast enough. We also used the Gloster Meteor jet fighter.

Richard, I don’t want to be a party pooper, but I’d it safe having unfired armourments?
Shouldn’t you be getting some help de activating the item?

The ballistic end is missing and it looks to be full of earth, but there may still be some charge in there I guess. I will confer with the Battle of Britain museum in Hawkinge when they re-open.

Yep, Tempests, Typhoons, Spitfires, and I think early Meteors to take out V1s?
Guidance from radar was invaluable.
Radar was also used to identify launch sites of V2s. Then the low and fast bombers would rush in to destroy the launch site.

The plane that crashed within yards of where I found the bullet casing was a Spitfire Mk.XIV piloted by Captain Jean Maridor DFC of 91 Squadron. Being in such close proximity and not showing signs of having been fired, I can best deduce that this bullet was part of the wreckage of that plane. 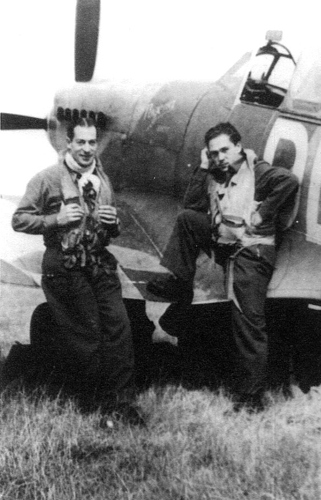 From what I have read, his squadron were specialists in hunting down V1s and using a technique called “derailing” or “tipping” , where they would destabilise the doodlebug with the tip of their wing.

On August 3rd, 1944, Jean Maridor spotted a V1 over Rye heading inland and took chase. First he tried to shoot it down, then tip it with his wing. As it neared Rolvenden, he attempted again shoot it down but only damaged it slightly. He soon noticed it was on a collision course with a nearby school, which was being used as a military hospital, so he closed in and fired at very close range. The V1 exploded and the force of the explosion tore the wing from his plane resulting in a crash just in front of the lake beside the school. For his actions he is commemorated in the local church and also by the school itself. The most recent service of thanks and commemoration was just last November.

There’s lots of info about him on the web. He even has a website dedicated to him, which you can access here;

Great thread this. Very interesting thanks.

An amazing story of bravery Richard, and all from your find. It’s a bravery that easily produces a lump in my throat and a tear in the eye.

Fascinating Richard, I had a similar find when rotivating part of my garden some years back. We live close to what was a 2nd World War US heavy bomber base that flew B25 Mitchells and then B17s for a few years in the war as part of the US 8th Army Airforce… and I assume the ammunition was dropped or fell from one of those planes… perhaps damaged returning to land. It was unfired, and presumably live

A B25 at the airfield 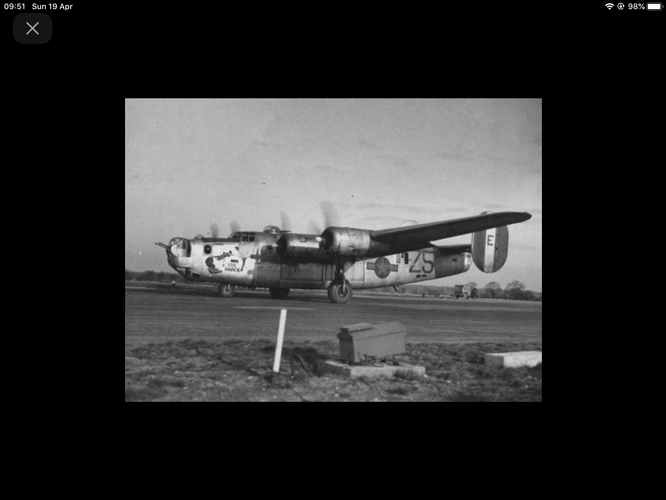 Chris, if you’ve been looking at some of the sites that talk about Jean Maridor, you may well have read that he had recently fallen in love with a W.A.A.F officer by the name of Jean Lambourn, a section officer. They were due to be married on the 11th August and planned to settle in France after the war.

Simon, I remember at school there was another boy who had lived in Suffolk and he told me they lived next to an old US bomber base. He said that after the war, the Americans just buried everything in the next door field. He and some other boys would meet up and go to play in part of an old fuselage that remained exposed. Who knows whether it was true or just the fantasies of a 10 year old boy, but I do remember thinking what a lucky bugger he was!

p.s. And if he was telling the truth, who knows what else might be buried in your garden!

Indeed, at this particular airfield the control tower was abandoned for decades and was a great place to explore… although I moved here in my early 20s… it was still fun😀
It has now been restored by a small museum trust… and they run open days a few times a year… and occasionally fly, although there is not much of the base or runways left… most of the year now it’s used for agricultural storage… and a few small warehouses.
For reference the base was 493 Bomber Group - Debach. 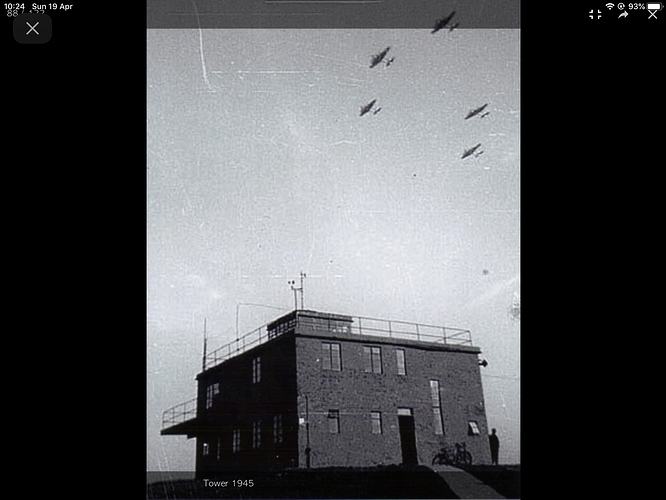 Some more info on the aircraft that this ammo is assumed to come from.
The well documented crash of the XIV Spitfire was from 91 Squadron, at the time flying out of RAF Deanland an Advanced Landing Ground built to support the D-Day landings in June '44.
The aircraft reg RM656 was built at the Chattis Hill factory in Hampshire in June '44 & joined 91 Squadron in July.

S91 were equipped with the XIV specifically to combat the V-1 flying-bomb attacks, the XIV was the most successful aircraft in this role.
XIV’s had dual armament.
All had 2 × 20 mm (0.787-in) Hispano cannons, (see pic) these are the long barrels protruding from each wing.
The XIV-E & XIV-FR types had 2 x .50 in (12.7 mm) M2 Browning machine guns, these are the shorter barrel protrusions & from the aircraft type we are concerned with. 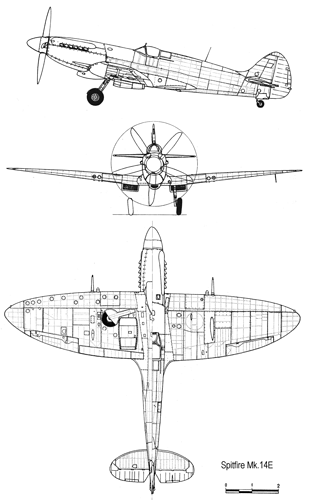