I downloaded that 2 tracks album. The price is free .
However when I try to extract the files, I have an error message « impossible chemin trop long » ( too long access ).
Is there any way to resolve it. I have Windows PC ( windows 7). 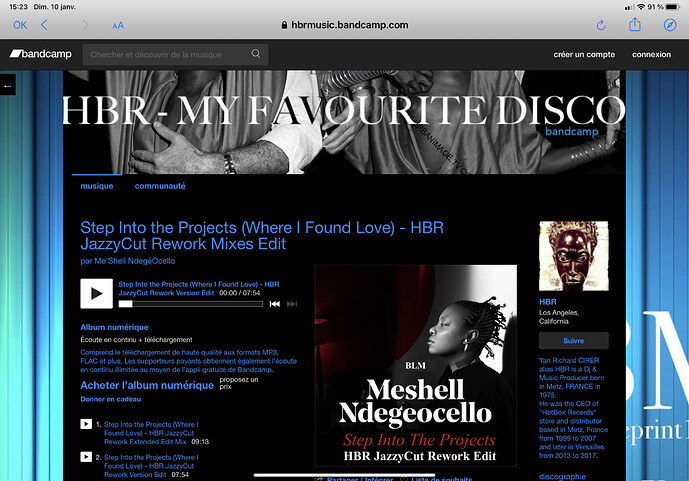 Edit the file names first to make them a lot shorter.

It should probably work to open the archive in explorer, go one level deeper into the folder structure (inside the folder with the long album name), and then copy-paste the contents from there to your harddrive.

Just a note to mention Windows 7 is no longer supported by Microsoft, so you really should upgrade to Windows 10 for security.

I will try to edit and see if I can shorter the metadata. Thanks.

If you have downloaded the zip can you not simply extract the files to your desktop which may well have a shorter path than the default extract location then rename and move them as necessary?

FR won’t be able to edit a file he cannot download. I agree with comment about Windows 7.

Maybe FR could download it on a phone or tablet?

He said he has downloaded the zip but can’t extract the files.

In that case install 7 Zip and extract them with that.

It’s not the metadata. It’s the file name that’s too long. Edit that and it will then be ok.

Is it possible to amend the path on native Windows 7? Hence my suggestion for 7 Zip.

I still think my solution (above) would be the simplest.

Hey guys, why not try ? It’s a free sample, you can pay it only 0.2 euros if you want.
You will know how to resolve it the easiest way.
When I will have time and desire, because I am not tekie, I will try to follow your above recommendations. But I feel it may take me some time…

But why don’t you try the suggestions above? The way to learn is through trial and error, not asking others to do the work for you.

Though I agree with HH that trying by yourself is more educational, I did it for you because it’s you. I had no problem but this is because I am not using Windows 7 but Ubuntu (Linux). I can confirm, however, that you are most likely running into the problem that was described above: Win 7 has a (stupidly small) limit of 255 characters for the file name and the path to the file together.

So with the path (something like C:\Users\frenchrooster\Downloads or wherever you are extracting to, you are most likely breaking the 255 character limit.

I agree. But maybe it’s just impossible. I have never done that, so have to take time to do it . But as I said I will try later.

Very thanks Suedkiez. So you suggest me to download first Windows 10, so I will have a much more bigger character space limit?

You can open Windows Explorer, double-click on the zip to open it, then drag and drop the two FLAC files directly to C:\ (the root, so not the desktop or your home directory).

After the files are extracted you could rename them to something shorter and then store them wherever you like.

Ouh lalala! Easy to read but not easy to understand. I will try all your suggestions on Tuesday probably. But thanks for your help.