Are naim still replacing the mech for cds3 I just heard they have none left.

Where did you hear this? I know the VAM1250s are all gone, but that was some years ago now. Not sure about the 1202s. @NeilS may know the situation here.

As Richard said, the original VAM1250 are gone but it could/can be converted to VAM1202, which some (but not all) users actually prefer. At least in July 2020 the VAM1202 replacement was still available as confirmed then by NeilS in this post in a thread had opened about serviceability questions:

CDX2, CDS3, or CD555 with a view on long-term servicability? Hi-Fi Corner

Just some clarification here: We can service all Naim CD players - as in replace the capacitors. The original CDS, CDI, CD2 & CD3 are getting very dodgy now in terms of mechanism repairs. We only tend to see these players with DAC failures (for example) & the shipping hasn’t been kind to the mechs. We have yet to say “sorry - can’t be done” but it is definitely on the horizon. As has already been said, don’t ship these players unnecessarily! All other players with disc reading issues can sti…

I just heard from my dealer in dublin but I need to send back my 300dr for power button repair and he said naim have no more mech for cds3 but to send the player in with the 300 anyway but he still gave me a price to replace the mech. All a bit strange.

he said naim have no more mech for cds3 but to send the player in with the 300 anyway but he still gave me a price to replace the mech.

OK thanks. Crikey. I guess it was bound to come sooner or later. 1202 yield has never been brilliant, and finding anything decent was getting to be nigh on impossible - and that was over a decade ago! I remember when Naim bought thousands of them, and even then we wondered how many might make the grade and how many would not (or would just be found dead out of the box). I’m guessing that only certain 1202s make the CDS3 grade? Let’s hope they manage to find something.

I’ve asked Naim for clarification on the current situation.

As a CDS3 owner with a 1250 (basically new though, after it was a very late replacement with an original mech found deep in some drawer at MusicLine) it would be great if @NeilS could clarify it this changed after the July 2020 conversation when 1202 were still available.

The player still plays sometimes the black vinyl where the laser run along pucks up and rub off the disc I push it down when this happens.

Sounds indeed as possibly fixable at Naim, as opposed to a complete mech failure. Good luck!

That sounds like the shroud needs to be replaced. Hopefully that can be done without needing a replacement mech.

I had VAM1250 changed this time last year for vam1202 always had a feeling they would run out of mechs. So where does that leave owners of cds3

. Two options spring to mind with no replacement mechs… bin it … expensive or use as door stop…
Unfortunately I cannot see Naim sourcing another mech due to dropping cd players years ago.
I hope they continue their ethos of continued customer support.
It’s rather interesting if the French

owners will allow naim to continue supporting an old format

or push them towards streaming (sacrebleu)

What other cd players are out on the market with similar quality.?

I’m thinking Leema,Creek, Rega to name a few personally I would go for Leema very 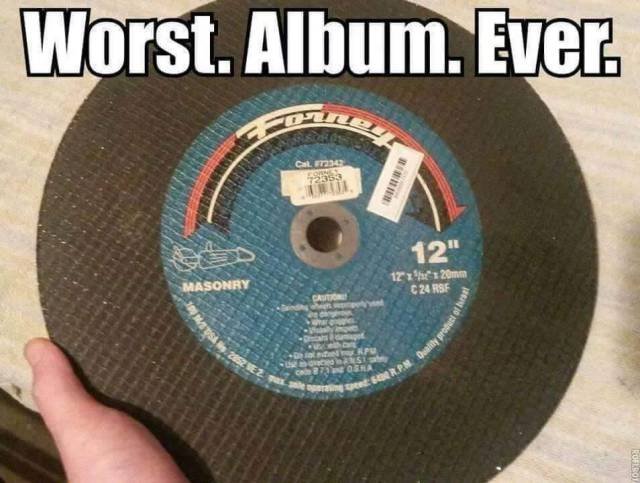 I know that we are currently trying to find a supplier of these, as it has been many years since the bulk buy.
I’m not sure what the current situation is though.

I’ll see if I can find out.

A great shame if the CDS3 is not serviceable, for those asking about a comparable machine, not much comes close really.

I have sourced a couple of Japan manufactured Phillips VAM1202 mechs (as opposed to Chinese ones) and I hope they are usable when the time comes. My original VAM1250 died after 12 years of service so I had the machine converted to the VAM1202 mech. I really like the way the CDS3 plays CD’s, I never really wanted to move to the 555 even though I use the 555PS.

I know the cds3 is a great player I love mine. It is disappointing the player might not be serviced in the further. Hopefully naim can sort something.