I have owned my Nova for a year now & have enjoyed internet radio with no issues at all other than on BBC broadcasts.

Since last May I have had BBC Radio 4 cut out on me at least once, every couple of days, sometimes in the morning before 9.00am whilst listening to ‘Today’ & often from 7.00 to 7.15pm (ashamed to say yes, during the Archers!).

The thread (link below) from last year describes exactly what has been happening to me, including someone else with the Archers issue.

Last Saturday & Sunday, 30/31 May, I wanted to listen to Radio 4 quite a lot but had to give up when the longest it ran without cutting out was 20 minutes but usually about 10 minutes.

When it cut out the only ways to get it back were to tune to a non-BBC station & back again or to put the Nova into sleep mode & wait a couple of minutes before turning on again.

My questions therefore are:-

Anyone else experience problems?

Have the BBC made further changes that effect vTuner?

Was there a particular problem over the weekend (Radio 5 Live was fine this morning, Monday, for the 45 minutes or so I was listening to it)?

Hi guys, Anyone else suffering drop outs and disconnection from the BBC stations on the Muso HLS streams? Barely goes 10 mins without the buffer emptying and struggling to re connect.

Hi, we have had the same problem, Radios 4 & 6, with a 1st gen Muso QB. Radio Paradise, LBC UK have been fine.

Good to know that it is probably nothing at my end.

As suggested by spile, I will try the non-HD streams & see what happens.

It did not occur to me that the issue may be confined to HD streams only so I will try the non-HD streams & see what happens.

Thanks for the helpful reply.

One week later, I thought it was about time I updated this thread.

I am pleased to say that, as suggested, using the non-HD streams appears to have solved the issue. No dropped streams from any BBC radio stations that I use, Radios 2,3,4, for the past week. I have tried the HD streams again in the interim & the dropped stream problem is still there.

I am in correspondence with Naim as a member of the Beta group & have raised the issue with them. I will report back again when, & if, I received a response.

Started getting BBC R3 and R4 problems in last couple of weeks when listening on Mu-so. Does anyone have an idea why this is happening? All other services are fine. Ta.

using the non-HD streams appears to have solved the issue

It hasn’t though. The problem is still there.

There’s nothing wrong with these streams at the minute, nor over the recent past. I listen to 2 & 4 a lot on the HD streams and they’re rock solid. So asking for something to be done to resolve them at source isn’t going to fix it.

Apologies to all, I totally forgot my promise to report back on this issue.

Will at Naim was very patient & helpful in trying to solve this issue. After several emails trying various possible fixes, nothing worked forcing him to the following conclusions, with which I fully agree, in his final email on the subject: -

I think that has proved that the problem is a result of either an issue local to your network, or equally as likely, that you reside in a weaker area of the BBC’s content distribution network (CND).

The CDN is a network of servers that is used to send content around the country / planet. Put simply the client (Nova or VLC) will attempt to stream from the nearest server to minimise disruption. But in more remote parts of the country they might not have servers as close by as others - just a speculation but could have ground to it.

I have seen that a couple of others have reported similar findings on your forum thread, I would have to suggest they are under similar circumstances with respect to local network or access to the BBC CDN.

What I can say is that streaming BBC HD stations is rock solid both from Naim HQ and from my home where I have been working for the past few months, on Uniti.

I’m glad at least it’s working for you on the standard resolution stream.

My network appears fine to me & I must repeat that all non-BBC stations have never given me any problems or dropped streams, in the 14 months I have owned my Nova.

As a slight aside the BBC Radio 4 non-HD stream has also dropped occasionally, but not as often as the HD streams. This seams to reinforce Will’s view that the problem is at the BBC servers end.

Most of my internet radio listening is not on BBC stations so this is not a major problem, just a minor issue I can live with. Hopefully, the BBC will eventually recognise they have a problem with some of their servers & can come up with a fix.

We can raise an investigation with bbc radio engineering.
To help them track it down could you keep notes of:

Accumulate evidence over a week or two and email it over to me. steve.harris(at)naimaudio.com

In your email provide your area in the country, your isp name + product used and the product mac address.

Might seem a bit odd and a long shot, but have you tried changing the default DNS server address in your router to another service, such as Google 8.8.8.8?
If you have a recent BT router you won’t be able to do this, in which case I would get a new non-BT router!

I have sent you an email containing the information you requested.

I did this & it made no difference at all.

I must stress that in 15 months of listening, since May 2019, it is only BBC stations that have dropped the connections. In many hours of listening to Naim, Linn, Radio Paradise etc. etc. I have never had any dropouts whatsoever.

My BT smart hub 6 (& hub 5 before that) have both performed flawlessly since 2015 & everything works perfectly with my fast internet connection, BT TV box & Uniti Nova/Core so I have no intention of changing my router.

The older I get, the more I am a firm believer in the “if it ain’t broke, don’t fix it” school of thought!

I got your various emails today. I’ll have a chat with BBC engineering on the subject and go from there.

Hi @Terry , the Smart Hub 2 is designed to work with the BT WiFi black disc. (see pic)
I purchased mine from BT (£100), but if you have a specific problem that means you don’t have a ‘Whole Home’ coverage (the BT Halo commitment), you can contact the help desk & if its clearly a coverage problem they will send you a disc for free - my son did this.

Connecting (pairing) is so so easy - connect the disc to hub with a length of ethernet, power up the disc, wait about 2 minutes until the blue light is steady & thats it you’re done.
Remove the ethernet, locate the disc between the hub & the area you need to get better coverage, its good idea to locate on another floor level if you have one. 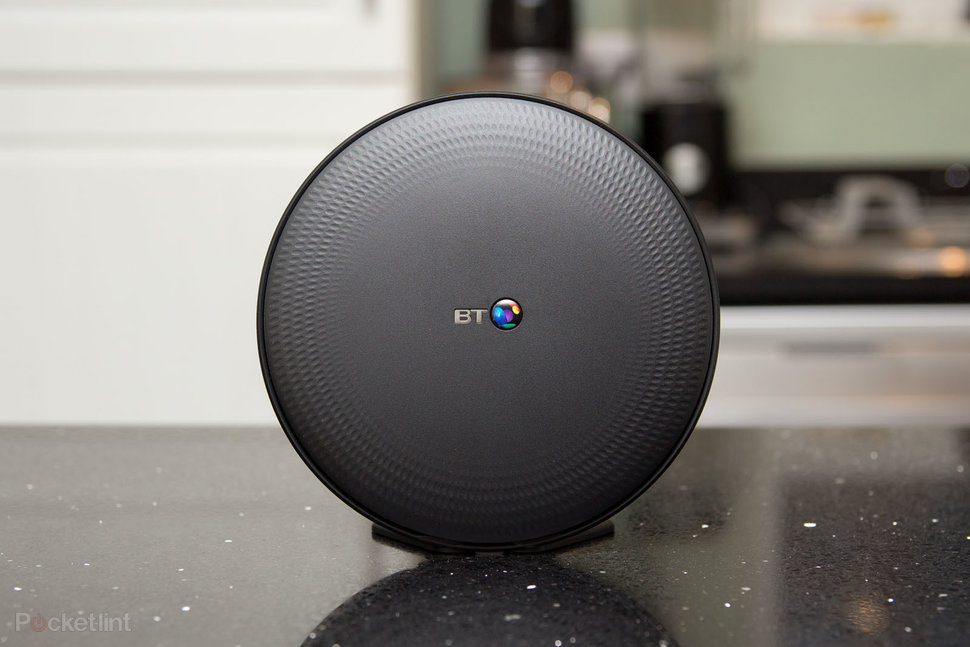 Thanks Mike I don’t have halo I have fibre 2, from their web site looks like halo is the same cost as what I’m paying now, but it doesn’t mention anything about a disc, the halo2 and complete WiFi package does but it’s £10 month extra, not worth just to get WiFi at bottom of garden. I will call them though.

In the last two or three weeks, Radio 3 drops out for a second or so every so often (3 or 4 times a day). Occasionally it just enters "stopped " status. Nova and BT Smart Hub 2 have both been rebooted via a plug removal.

The Nova sponateously rebooted the other day when on the radio which may or may not be related.

So following this thread with interest.

PW42, you may be interested to know that Stevesky has now taken this matter up with BBC engineering after I supplied him with the information he requested.

I have had this issue, with BBC stations only, since I purchased my Nova in May last year. It has never occurred with any stations other than BBC. The problem does not seem as frequent on the non-HD BBC stations but has also occurred on them occasionally.

This is clearly not a Nova problem & is therefore a very minor niggle. However it would be nice to get to the bottom of it.

After previously discussing the problem with Will at Naim, & carrying out numerous different tests with him over several weeks, he concluded that the problem was most likely with the BBC server(s) covering my area, in the South West, 300 miles from London.

I will report back here once I have heard from Naim or the BBC.