I think Southgate has done wonders, at the end of an extremely long season players from the toughest league in the world aren’t functioning in a Micky Mouse tournament .

I watched a couple of the matches and they were turgid affairs .

Players should be on a beach not a pitch

At home to Man City first game. At least we get them out of the way.

Arsenal at home! Looking forward to some healthy interactions with @Bobthebuilder on that one!

We’ve won once in our last 8 attempts against Palace

You did alright against us a month ago

What a complete Richard Head.

"Paul Pogba says he wants to show Manchester United they made a mistake in failing to produce a deal that could persuade him to stay at the club.

The France midfielder, 29, was reportedly offered £300,000-a-week to remain with the Premier League club."

Yes Friday Night Football and PL opener for the 2nd year running for us. We need some new signings desperately so far we’ve signed a back up goalie U.S stopper Matt Turner, Marquinos a 19 year prospect from Sao Paolo and the soon to be announced technically gifted, 5ft 7, 10 1/2 stone Fabio Vieria from Porto another little midfielder for you to bully!!!

You’ll be signing a City reject very soon. Divine guidance for your lot…

From recent transfer signing news it seems Spurs are really serious in their intent to create a squad capable of winning competitions. Exciting times; can’t wait for next season to start…!

I loved this, from the admirable Rory Smith, writing in the NYT about Erling Haaland and the return of the pure striker:
<<A well-honed youth setup, full of dedicated and talented coaches, can take gifted teenagers and turn them into neat, clever midfield players, or inventive inside forwards. What it cannot do is make them 6-foot-4.>>

Welcome to the club, Yves Bissouma ! A great signing that will strengthen the first team.

Good that we are signing players to improve our first team, rather than just signing promising lads who may be good in the future.

Great that we are doing our business early and not scrambling around for last minute bargains - crikey, Levy must be having nightmares 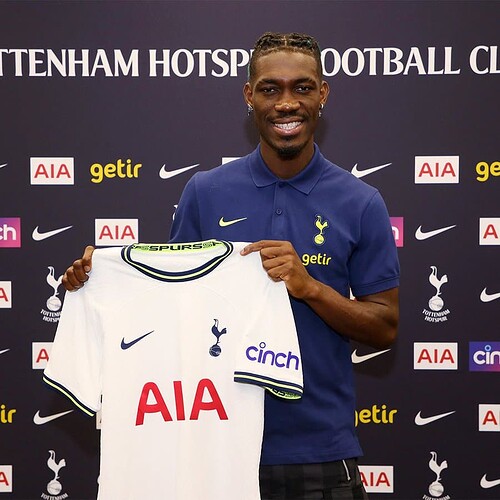 @bhoyo what’s your take on the Aberdeenshire lad Calvin Ramsey? He looks lika a midfielder in the making, strong and technical.

We’ve finally completed the signing of Rennes defender Nayef Aguerd. I have a really good feeling about this guy, he looks like everything we need. 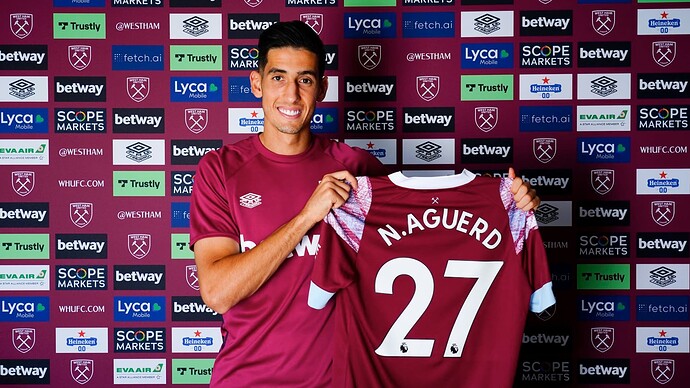 "I think it’s a great signing because he’s left-footed but it’s not just that, it’s a sweet left foot. He has a good technical ability for a centre-back which is quite rare.

"He’s tall, quick and reads the game well and is a threat at set pieces. He’s scored goals on set pieces offensively and we know how good West Ham are at set pieces. He’s going to be another weapon in that armour on top of all the others. It doesn’t matter whether he plays with Craig Dawson, Kurt Zouma or in a back three as Angelo Ogbonna who is back from injury as well. He’s young too. He’s a fantastic signing.

“He will go to the World Cup, so as a first season in England when you need to adapt, leaving for six weeks and coming back on Boxing Day may be a bit tricky. He’s a really talented boy and polite too. He’s got his feet on the ground, I couldn’t speak more highly of him.”

Young Ramsay’s a star, but I think his defending abilities are more likely to mean an eventual transition to the midfield for Trent.
Scotland has been producing some fine fullbacks in recent years, including Kieran Tierney, Andy Robertson, Greg Taylor, Adam Devine, and now Calvin Ramsay.

Yes, you could be right about Trent.

I think he is in for a tough battle keeping hold of that wingback spot and he needs it. My criticism of Trent is his often casual defending and Calvin Ramsey looks the business.

Probably should say a few words about the departing Sadio Mane. He has been an exceptional professional for Liverpool and as far as I am concerned been Liverpools best player last season.

However, like Gini Winaldum and yet to come Mo Salah, there is a limit to how much the hierarchy will pay for wages. If the stories are to be believed, £350 000 p.week is too much for Liverpool. Mo will almost certainly depart on a free next year for the same reasons.

Like Aguero, the Prem is losing a great player.

Probably should say a few words about the departing Sadio Mane.

With tongue firmly in cheek, he was electric for us at Southampton so I am wishing him the best at Bayern!

He has been a good professional all round. Good luck to him in Munich.