Did the demo give you any insight into whether you would personally prefer the uplift from moving to a higher end passive amp as opposed to going active by doubling up on an existing amp?

Not sure where to go next, stick, ND555, speakers (start active but which power amp?), but not in a position to do anything at the moment. The demo certainly gave some pointers though.

I have the best ‘real world’ Naim pre amp in the 552, and would never move to a passive pre amp. Naim pre and power amps were designed to work in tandem and there is no sense in my mind to break the synergy with a passive pre.

Ah, no, what I’m asking is - assuming you held the Naim preamp constant - did the demo give you insight about whether you would prefer to upgrade amps by going to a higher level passive amp or by going active with the amp level you’re at?

@snarfy, sorry, got the wrong end of the stick, I see what you are asking.

IIRC, the active 250s beat the passive 300 but the active 300s was a score draw with the passive 500, both with great but different presentations. So, not conclusive about which power amp to go for and whether to start passive with the option of going active later.

As I have an SL full loom, the sheer cost of connecting up an active system does raise concerns in my mind if I stick to SL. Anyway, I don’t need to lose sleep over that conundrum quite yet.

Interesting Nigel, the 300 active vs 500 passive was where i sort of came out…but eventually preferred the 500 passive , but as you mention that was pre-production snaxo at Audio show east.
The active 250,s take me back to my active SBL days with fond memories, but probably not accurate memories.

Thank you. That’s very interesting. Seems like you probably can’t know which way to go until you try it. In my case I would be going active from a starting point of 32.5/hc/250/Allaes. Having never heard 135s or an active system I would probably have to just take the plunge if I ever stepped up from a single CB 250.

Presumably then you would be looking at a CB SNAXO and adding a CB 250, or are you thinking of moving over to classic black boxes?

What exactly is timbre?

I wish you hadn’t told me that!

You’ll notice it if you listen carefully to the Lumberjack song! Sorry, couldn’t resist.

I use the adjectives ‘tone’, ‘timbre’ and ‘texture’ to describe how real instruments sound. I find it difficult to articulate exactly what I mean by those terms other than their presence in a recording always makes instruments and voices sound live, the real thing, rather than a facsimile.

A passive pre is, in some respects, similar to a passive crossover insofar as the line signal itself powers the components used for signal normalisation.

While I’d not write off a passive pre out of hand, this design approach would make me cautiously wary. I’d want to validate such a unit’s performance with a wide range of input signals of various voltages, recording levels and frequency bands. All something an active pre doesn’t worry me about (as much).

Sorry but still have misgivings about the ND555.

@LindsayM you don’t think this is the wonder box that everyone else seems to?

couple of photos from yesterday 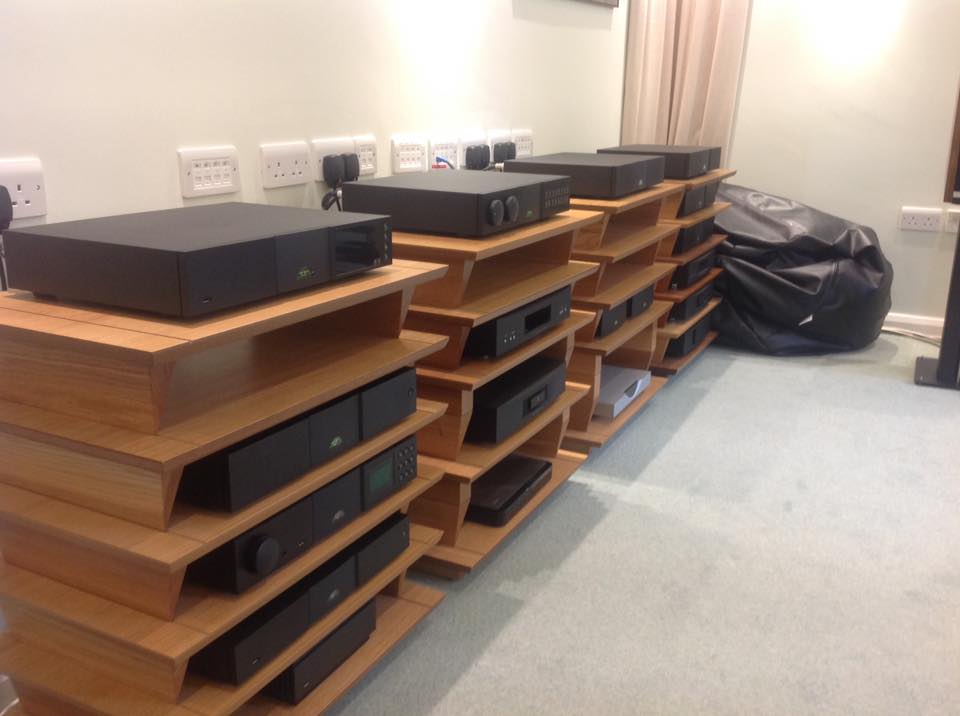 really liked the T505 when active with 2 x 250 more detail, focus and music clearly showed the uplift from single AMP - but it did really come home to me when the NDX2 got its teeth into the higher res files - Diana Krall Imeda May Tori Amos Elton John Meldoy Gardot 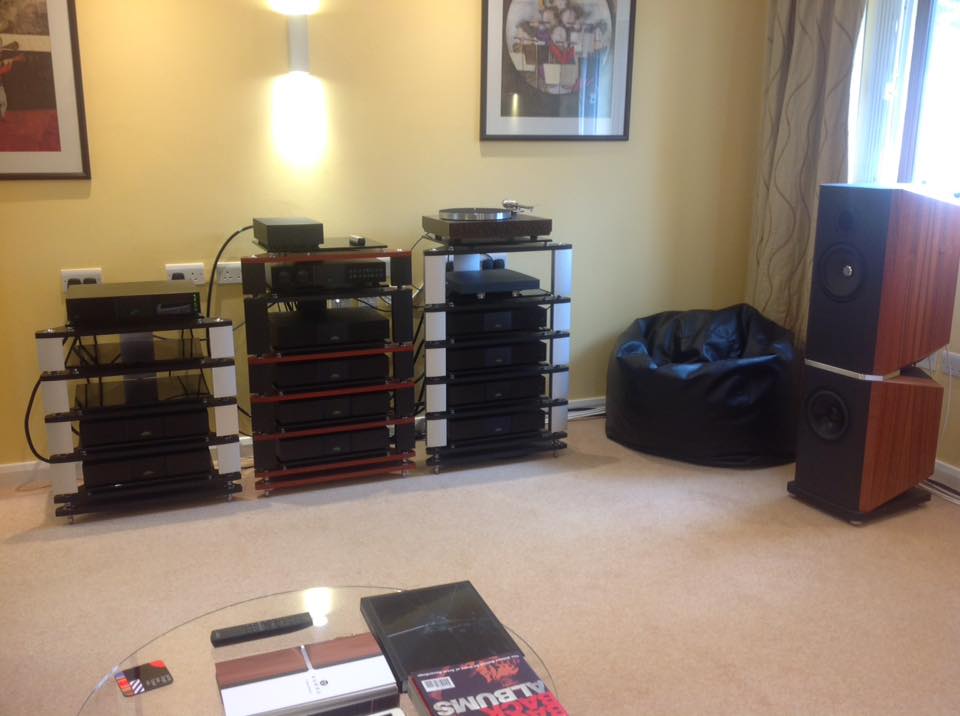 in active mode the best musical system I have heard in my NAIM journey when through LP12, sublime musical heaven - as you should get for the best side of 180K

ND 555 for me now is the new streaming bench mark through 2 x PSU, but again 28K streamer

one of if not the best Demo day I have been too, thanks too @Cymbiosis and Derek & Dave from Kudos 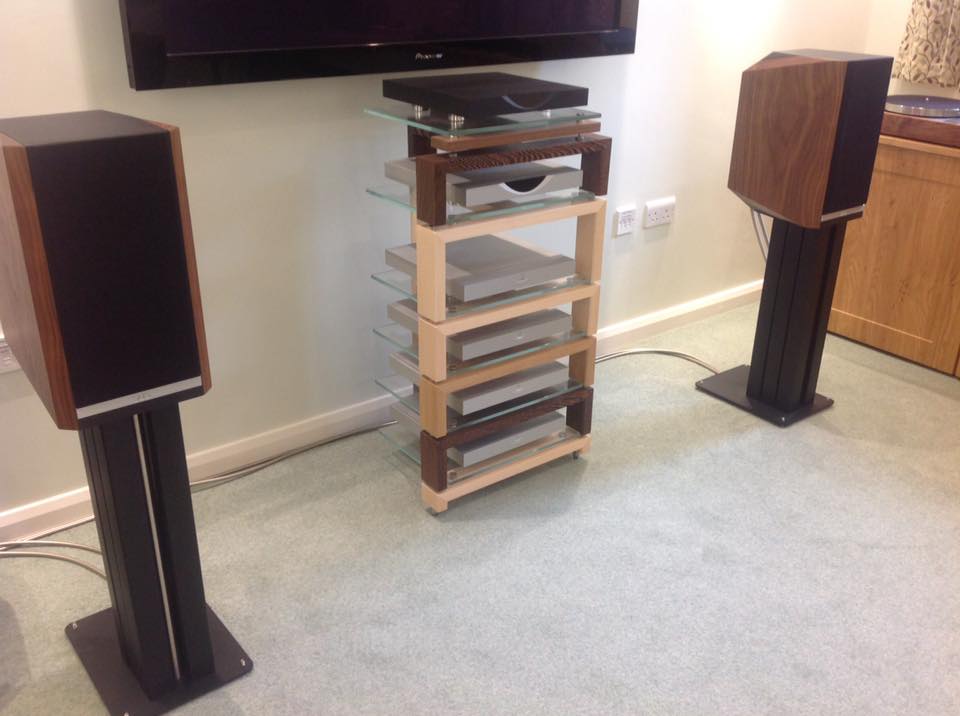 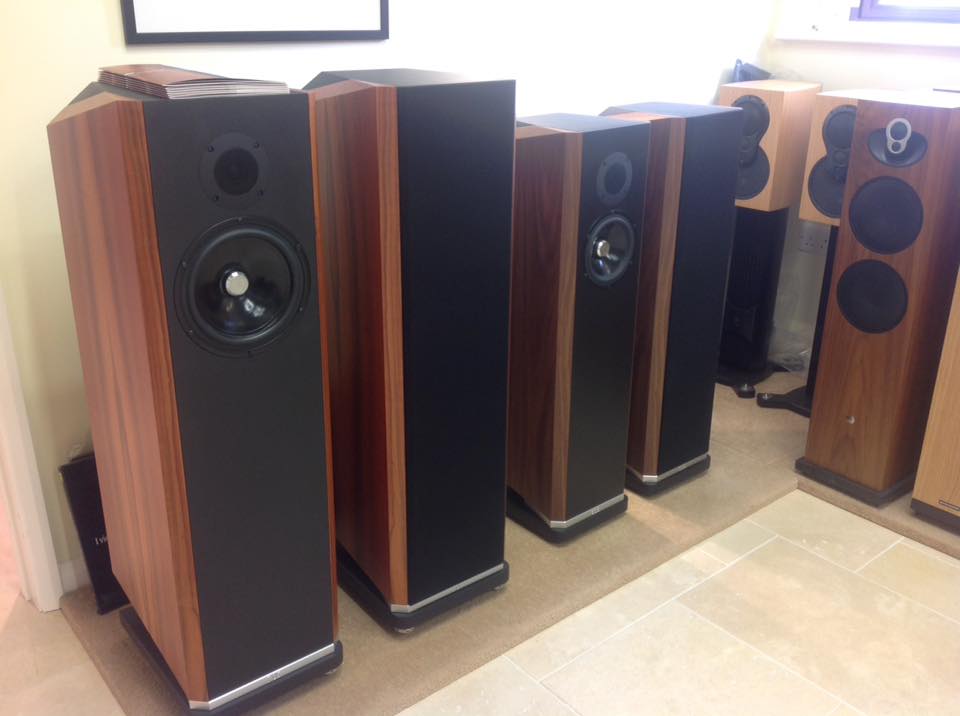 one hell of a source!

@Steve. Well i don’t know. I’ve just heard it several times now with various speakers in different configurations and I don’t think I would be persuaded to part with that amount of money. Also strikes me that guys on here have gone to considerable lengths to get it sounding right. But who knows how it might be in my system and my room?

You’ll notice it if you listen carefully to the Lumberjack song! Sorry, couldn’t resist

I should add that it was great to meet some like-minded folk and one or two from the forum, @LindsayM and @Antz - nice photos BTW.

I thought I would be meeting Lindsay for the first time, but it turns out I have met him before at other demos/shows. Always difficult to match up a face with an avatar! (I removed my Fez just to confuse everyone.

Good to see you again Lindsay.

I heard the T505s in passive mode at a recent Acoustica show and was really unimpressed. They sounded flat and grainy. It might have been due to the system setup on the day but IMO they’re very over priced at £7K. ATC speakers are much better value.