“the Naim is nevertheless very enjoyable.”
Thank you for your write up, this is what matters to me.

Very interested in your impressions, I’ve got NDS/V281 and love the combination.

I should be getting my HE later today. I currently have the Focal Arche. I previously had the Chord Dave/mscaler, Hugo 2, and original Hugo.

I wasn’t a big fan of the Hugo 2 with the Focal Utopia’s. When I first moved from the Hugo to the Hugo 2, I thought something was wrong. The original Hugo was warm and musical but the Hugo 2 was too analytical, a little bright and slightly thin. I ended up using the HF to tame the highs. The last 2 filters weren’t as detailed, so I never used them. Figured I paid for a Hugo 2, so why use Mojo type filters with it.

The Dave fixed all my issues I had with the Hugo 2. Nice full sound, plenty of impact, musical and still had all the detail. The mscaler made the recordings sound lifelike. I bought this setup with inheritance money and was regretting the expensive purchase so I thought I’d try the Focal Arche just to compare. To my surprise, I was just as happy with it. Sure it wasn’t as resolving but it was fun and had impact, soundstage, and tone. I just didn’t like the I couldn’t change the volume remotely. I suppose I could use roon volume control but prefer to keep that fixed.

I may sound shallow but really was interested in the HE because of its looks. And then also like the feature set of being able to use remote to finally play/pause my music. The Dave remote was like a plastic toy. If the HE is as fun as the Focal Arche is, I’ll be happy. I listening to mostly 80’s thru current alternative music and don’t need the resolution the Dave/mscaler offered to enjoy it. Tone is more important to me.

Looks are important, you are spending thousands of pounds - suspect many/most Naim users have four figure watches and some will have five figure watches.

Given that you can get quartz watches for a couple of hundred pounds - why spend so much? 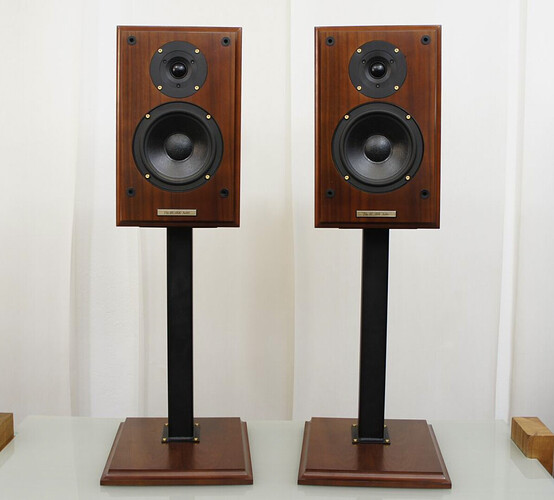 The Atom HE has made me think, about how you listen - my audio system has the Sky system put through it , I will play R3 all day , sometimes listening and sometimes casual . The Atom HE makes me think about the times I seriously listen to music

I got my Uniti about two hours ago so not sure if there is any break-in period. At the moment for sound quality I’m give the nod to the Focal Arche. It has a slightly sweeter open sound. The Uniti is slightly darker and thicker. At least that’s how it sounds from memory. When I switch back and forth between them I didn’t hear much difference I thought I would. So I have to say the sound differences are subtle.

Really love the features on the amp. Volume knob has a very nice feel even though I’ll be using the remote most of the time. I was effortlessly able to switch between roon, Spotify and Apple Music. Even though the latter 2 don’t have lossless yet, they sounded great. And with Spotify, the volume buttons on the iPhone changed the volume on the amp. Also, the album art is easy to see even 6 feet away.

I’m give the nod to the Focal Arche.

Wait until it’s got some time on it. I believe the Arche has been discontinued.
Probably because the HE replaces it in the Focal Naim lineup.

Or it didn’t sell well it was very overpriced for what it offered compared to many out there. Wasn’t on the market for very long either.

I wholeheartedly agree with everything said on the Hugo 2. I ended up using the HF roll off green filter for the Utopia consistently.

The Utopia does express the strengths and weaknesses or idiosyncrasies of a system. It is a highly resolving headphone. Whilst I enjoy the Utopia, I find myself reaching for the HD800S most with the Atom HE.

But what I love most is it’s versatile nature. It’s “good enough” to relax into.

It doesn’t drive the Susvara well enough. And it’s not the NDX2. But you’d be hard pressed to ever say you’re unhappy with it.

The remote and volume wheel are a delight to use and from a human ergonomic perspective very well designed.

I got my Arche at a discounted price if i bought before the year was out (2020) because i purchased the Utopia headphones, but i have now seen some shops are selling at a discount price on it’s own. The Arche is now been discontinued…fact. Anyway back to the Atom HE and i’m still loving, but one annoying thing for me is that if you play an album off a hard drive or stick, when it’s finished the Atom HE resorts back to the main menu so you have rifle all through the listings again to get back where you were. Maybe a future update could amend this ?

If you could add that to the Feature Requests thread, the team will read and consider it!

I see @ChrisSU tried to get this going last year but it seems to have closed. Could this be reopened or a new thread created making it permanently available? To start the ball rolling… Play Queues that last The ability to add tracks to a play queue in the Naim app via play next/play last is a great feature that I’m sure is used by many planning a few hours of relaxation. It’s especially nice to be able to come back to the play queue by pressing play on the remote after a period of interruptio…

I should clarify that although I enjoy the Utopia from Chord products ; I definitely also believe it pairs very well with the NAIM. Iamoneagwin has a very astute ear and I again agree with his impressions.

So as luck would have it I will get to try out an HE tomorrow. Can’t wait!

So I don’t know if it just needed to warm up a bit but after a few hours, with my wife using for one those, I listened to the album”The Party” by Andy Shauf. I find this a great sounding album with plenty of bass and rich mids and on the Naim it sounded wonderful. Perfectly balanced. Not lacking in bass at all on the Utopia’s and the richness just the way I like it. I think my Danacable Reference Lazuli cable also helps with that richness.

As far as functionality, this is probably one of the best hifi experiences I’ve has. It looks and feels like a showcase product. No offense to the Chord Dave, but think maybe only geeky tech friends would appreciate. Has some weird design choices like round submarine style window but with an outdated square lcd screen and very cheap looking remote. It may sound like $10,000 but sure doesn’t function or look like it.

The Naim looks and feels expensive. Little things like the remote lighting up when picked up, the amazing volume knob, beautiful screen, and even the way it works with roon. There are more option available in roon to sleep the unit after certain amount of time of the music not playing. And the volume within roon controls the volume of the unit itself. The volume rocker on the iPhone also controls the volume on the unit when using Spotify Connect. It just all works so well and is a pleasure to use. So yes, sound if very important, but functionality is also important. If it’s a pleasure to use the equipment, you’ll be relaxed and in a good mood and the music with sound better as well.

The only negative I’d say is the built in Qobuz app is a little slow and very lacking to user experience in roon. Not expecting same level but lag needs to be look into. However, I’ll never be using it this way. Most likely stick with roon and use Spotify hifi when it comes out.

So glad you’re enjoying your Uniti Atom HE - i’ll share your feedback with the team, whom i’m sure will appreciate it.

Equally confident that sound will keep subtly improving as all the elements come on song with use.

Oh so my issue with Qobuz doesn’t matter because I see I can use Chromecast to stream in hires if wanted to just use Qobuz instead of going thru roon. I’m already a lifetime member to roon, so probably stick with that. But the Chromecast feature is nice. Strange that Chromecast Qobuz sounds different than roon Qobuz. Think Chromecast might sound better. Amazon music has Chromecast option but for some reason only works on Android devices.

Also think my early comparison with Focal Arche wasn’t fair since don’t think I volume matched. I’d say they are on par with each other sound wise.

I also think that there similarities in sound between the Arche and the Atom HE when I go from one to another.

So Clare tell the bosses whoever they might be

Can only dream I guess

I agree on the matching amp. NAP 100 works well, but I believe it has been discontinued, and it’s not a stylistic match. And perhaps the biggest conundrum for Naim is, how can we sell a separate power amp and still call it “Uniti”?

Chromecast doesn’t sound as good via Chromecast to me than via Roon on my regular Atom. It’s different presentation I’ll give you that, a found it a bit more in your face. The difference is likely down to the fact Chromecast uses a lot more resources to run as Stevesky said in a number of posts. Its also not capable of gapless via the Qobuz app and prone to dropouts I have found, where other apps via Chromecast are stable.