A good power cable (and block) makes a difference to the Atom HE in my experience too, and it deserves it - after trying a couple, I’ve ended up giving it a Wireworld Silver Electra and they stuck together.

I’ve been asking myself what it is that makes the Atom HE so surprisingly addictive and having owned both the ND5XS2 and the NDX2 previously, I feel it has a kind of a blend of the immediacy of the former but can be surprisingly gentle and delicate like the latter. The NDX2 has a technically “higher end” sound but I don’t remember ever wanting to listen to it nearly as much and it might be this marvel blend of a character that the Atom HE has, don’t know, it’s somehow done just right. I cannot get enough of it.

With Uniti units, power cords make a very big difference. I use VOVOX Excelsus. Others have also used it with success. The VOVOX is not expensive in relation, neutral, open and transparent. It has made a huge difference for me, especially in terms of quietness.
If you want to read an exciting test on power cables, then google “Audio Bacon” and “Audiophile Power Cables”. It shows the sound tendencies of the individual manufacturers.

Thanks dude… appreciate… already sounds great now…I’m intrigued of how it will turn out later on.

I’m still getting used to the DCA Expanse and think it may be replacing the Focal Utopia. The Naim HE has more than enough power. Listen around 50-60 settings. All the richness and fun sound are coming through. When I first put them on, I thought I made a big mistake. I didn’t hear any bass or impact. But now they have better controlled bass and same impact as Utopia when directly compared. Believe my brain just needed to adjust to the difference. Been posting my comments over at head-fi. Just wanted to let anyone know hear that the Naim HE does work well with it so also mean should have no issues with the Stealth either.

Setup done for now, headfi and nearfield hifi…
No doubt the Uniti Atom Headphone Edition had brought up my whole system into next level. 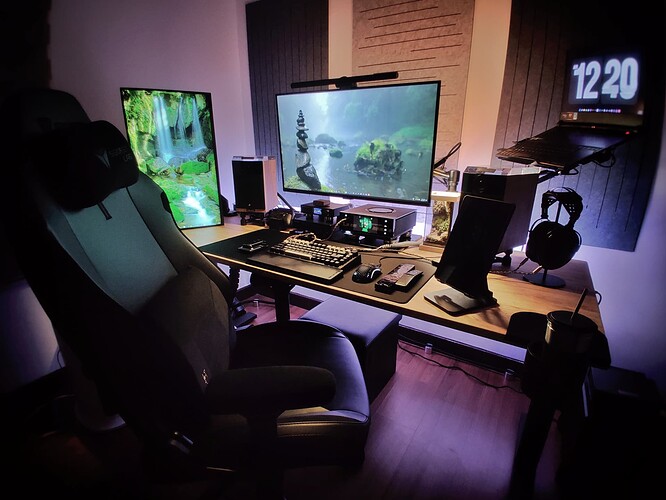 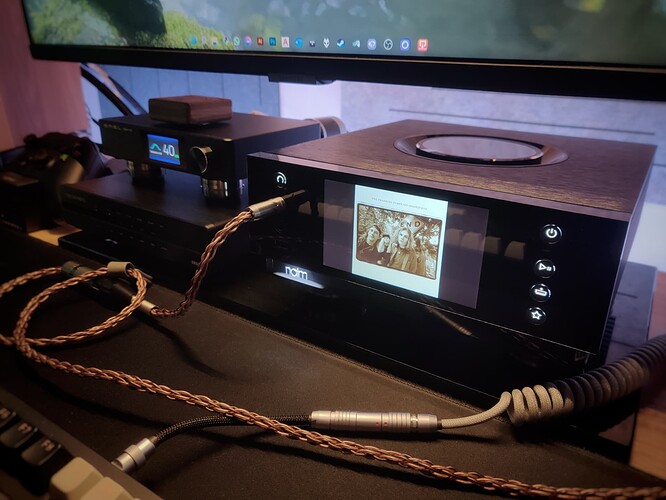 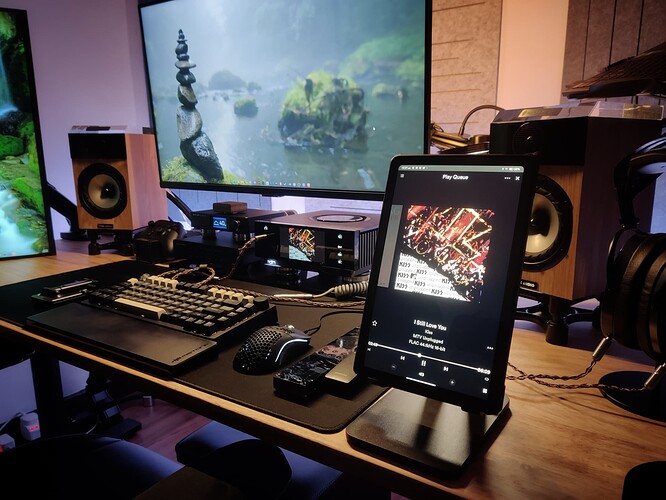 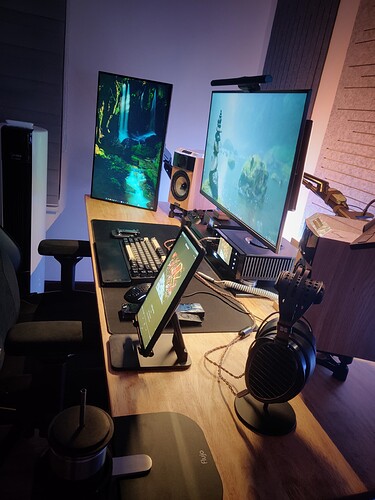 Running in day and night, 2 days in, The new Naim Uniti Atom HE. It can only get better.

So far it has been fantastic. Very enjoyable indeed. Imo, one of the most beautiful sound and audio equipment. 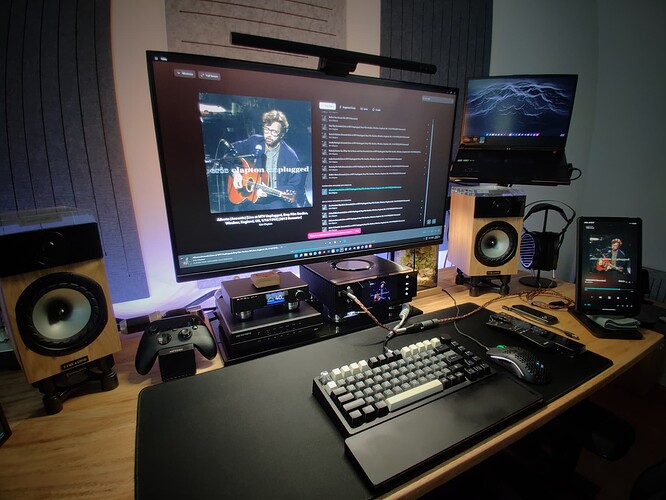 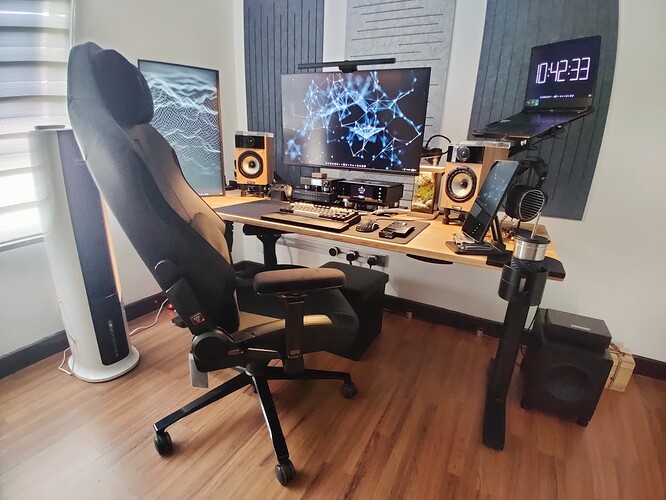 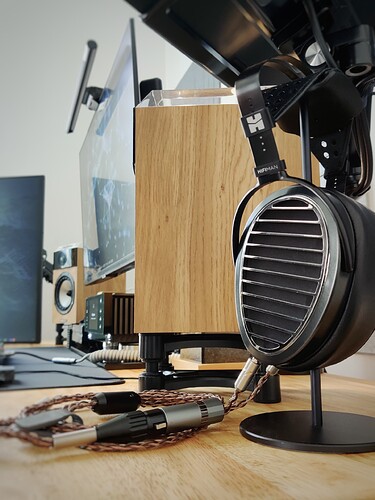 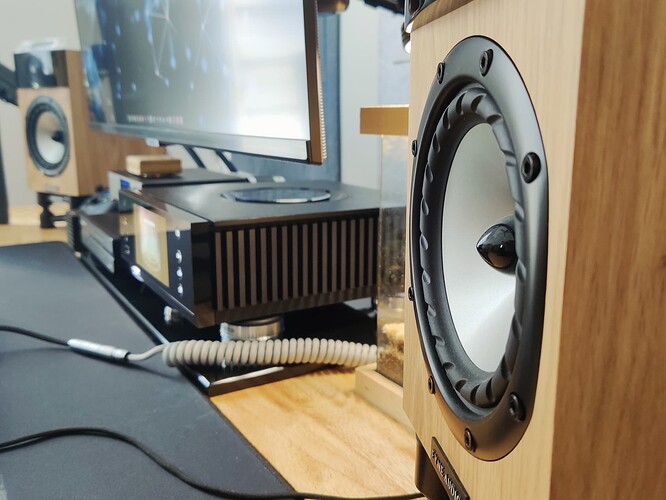 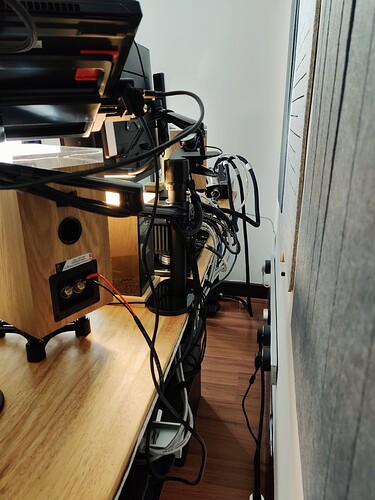 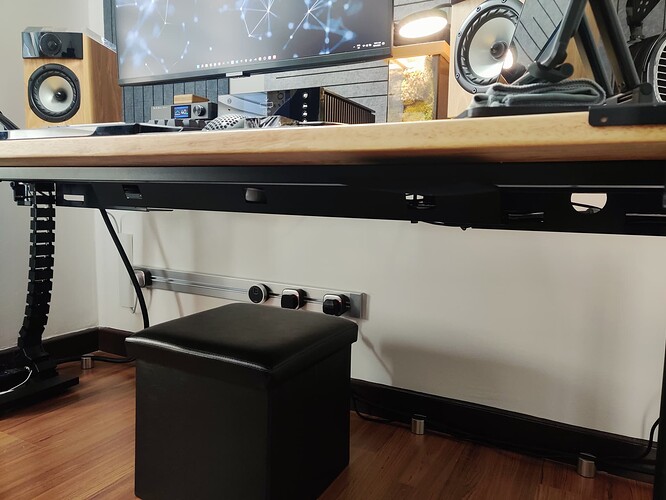 I ended up going to the head-fi CanJam yesterday with the purpose to see how the DCA Expanse sounded out of different setups. Basically to see if the Naim HE was doing them justice. The biggest surprise was DCS Lina stack for $30k sounded worse than the Naim HE. It lacked bass, detail and resolution. I believe the problem was just with the amp pairing. But they charge $10k for the amp alone. The headphones sounded pretty good out of Benchmark’s amp but I still preferred the Naim’s warmer, more fun sound.

So the best I heard the headphones was out of a new Woo WA23 Luna tube amp. The source was actually the DCS Lina streamer dac. So that how I knew it was their amp and not the whole setup. Anyway that Woo amp cost $9k. I suppose if had the money could just hook it up to the Naim HE.

So the Naim HE was actually really competitive and sounded better to me than a lot of what I tried at the show. It’s nice to know with my own ears where it stands against the competition.

Well that’s a real result/relief. Thanks for letting us know. Just reinforces what a terrific value for money package the HE is……

Okay …not to debate…just pure question.
Is the Naim Uniti Atom Headphone Edition using special type of fuse? Isit some proprietary fuse?
Can I replace them with the same rating and measured fuse?

The fuse in the back of any Naim box is a slow blow version that is carefully matched to the device and must not be changed for a random fuse that happens to have the same amp rating.
The fuse on the UK mains plug is a standard 13Amp type that protects the cable.

Because since I’m in Malaysia, we also use the same 13Amp UK. Basically same…that’s why I want to try.

Please don’t even consider changing the equipment fuse inside the IEC inlet for anything other than the exact specified part - it’s extremely unsafe to do so, will void any Naim warranty, and may have implications for your insurance should a catastrophic event result in damage to home or life. More info here;

Should the protection fuse blow on any piece of Naim equipment, make sure you get the exact same make and type - this is important. Your Naim dealer can help, or else get in touch with Naim support. NEVER be tempted to bypass or “uprate” the equipment fuse. Doing so is extremely dangerous. Among other things, the fuse is there to protect against fire in the event of a catastrophic failure. Not only will you void any warranty but you will also put your home, your life and those of your fam…

Anyone know where can I get or purchase a remote control cover? 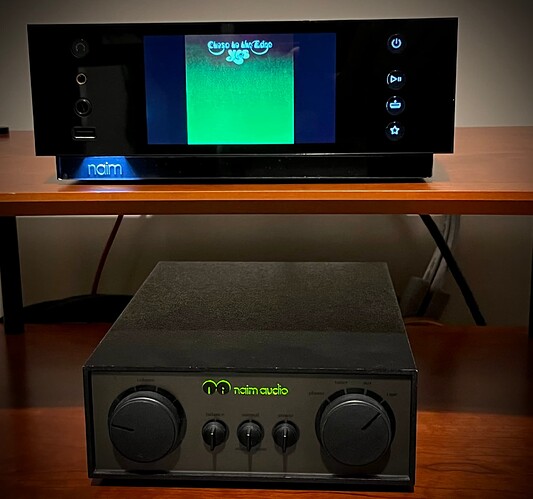 What’s the Naim box underneath garcon? It looks quite vintage but old school is good!