I can see on Amazon the Digitnow, for 12,99 euros. What do you think of that one. Or any other recommendations, on Amazon, for stylus force gauge in the max 20 euros price ?

The Digitone, picture from Amazon : 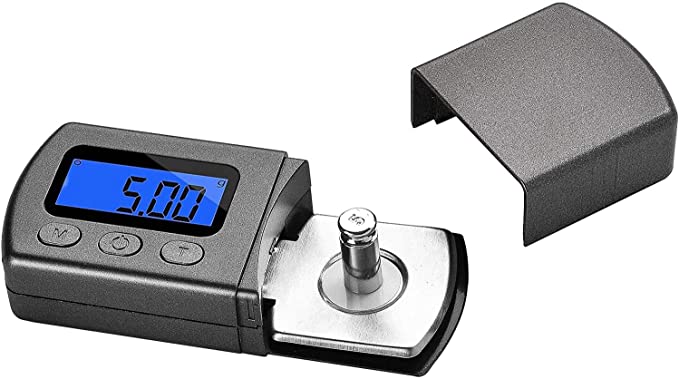 They come from many brands and are just fine. I suppose that given the price there will be the odd dodgy one, but they come with a 5g calibration weight like in your picture, so easy to check. I already owned the same one, but after all the spending on the new system I didn’t want to skimp on the gauge, so bought the Rega for 250 or so. Only the best for my P10! Both gauges showed the absolute same value. 250 eur well spent!

Also, @Dunc will say the same, we did the same thing nearly in parallel

I have one of those and it works just fine. My Ittok with the dial set to 2.0 is actually 1.99g

It’s very consistent too and easily checked with the included calibration weight.

I have one very similar, these are fine to a point, but they can give different weight reading sometimes, just by lifting the arm and lowering it again.
I also have a rega one that is completely accurate and gives the same reading every time I tried doing the same, but it cost much more.
I guess I could get away with the cheap one if I had too but then can you? For the money you have invested in the cartridge then having the right quantity gear to set it up is important if you want to go messing and looking for that last bit.

Beat me too it

Ah, I see you changed your mind a bit. Mine does not do this, show different values. .But good idea, certainly a good thing that @frenchrooster should check.

I am also still happy with the Rega, it contributes to peace of mind. And really what’s 250 in a 50K system …

Yes I did after I did this test after I read about it.
As said they can be fine, but can also give different readings.

I’ve used one for a while, just double or triple check any reading. If you get the same number twice it’s correct.

It’s a bit more cumbersome, but how often will you use it that that’s a big issue?

On some, if you lower the stylus until it’s just above the pan but not touching you will get a reading, if this is the case can you then trust the value? I’ve been using such a balance for a few years but I was only interested in precision, not accuracy. When I decided I wanted something more accurate, that measured at record height I bought an Ortofon balance but it was a bit more than €20, it did come via Amazon.fr but from Ortofon Japan.

Need to be careful here, as the lower priced ones only have double point precision. When setting up a VTF of 1.75g, I would prefer to known that’s 1.750g and not a round up or down to 1.75g

I have the same gauge you are referring to and others. But I prefer the riverstone as shown. Closer tolerance, repeatable, and checked with several weights, provides a more accurate reading.
Scott 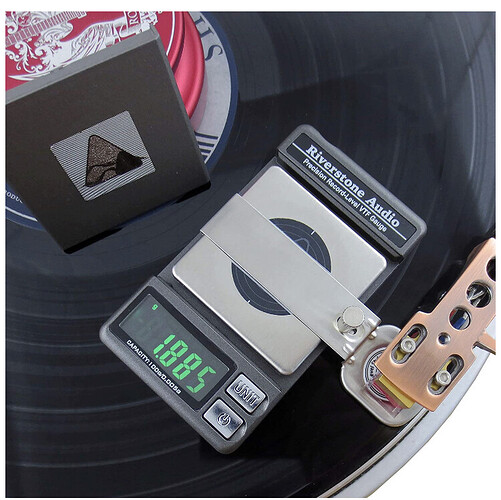 +1 for the Riverstone. It’s currently $30 on the river, compared to around $15 for the one in the OP’s photo. Well worth the extra, especially as there isn’t much else until you get to several hundred dollars for the likes of the Clearaudio Weight Watcher et al.

You are absolutely right, and Suedkiez also. As I bought a > 3k cart, I shall buy an accurate stylus force gauge.
But if the cheap one gives accurate weight, why bother with an expensive one, as I will use it only once, and then return it to Amazon.
However, if as your experience, it will not show the same weight each time, in that case I will of course not buy it. 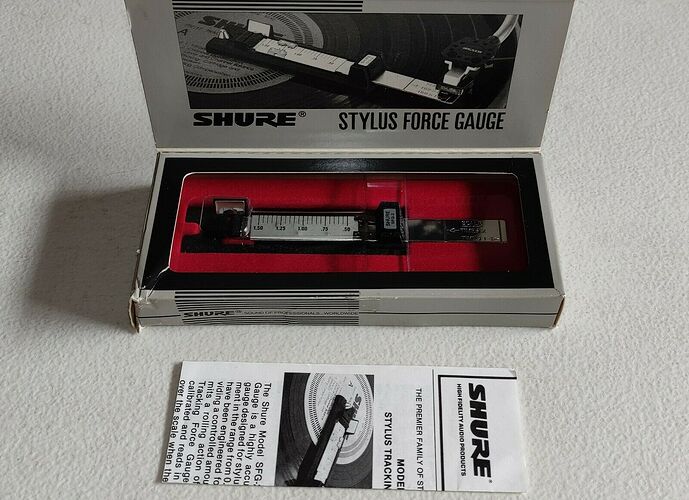 Yours is not available.

I ordered finally the Digitone I posted above ( picture). Then I will return it.
And I ordered another one, similar to yours, precise with 0,001 accuracy, from Hong Kong. Both costs around 15 euros. This second one will be delivered in one month. 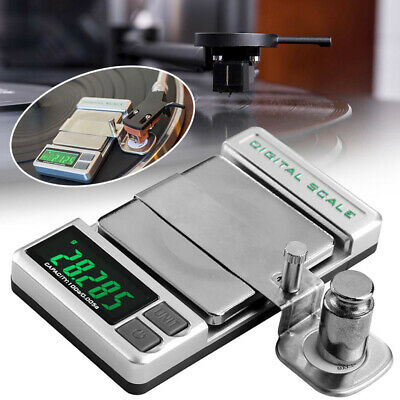 Surely that is more than enough! Am I the only person who sets the weight to the recommended value then dials the last bit in by ear? I would think that environmental factors such as ambient temperature and air pressure/altitude would have more effect that 0.01g.

I have three stylus force gauges. These are the one supplied with the Aro tone arm, the Shure balance shown above and one of the cheap digital ones shown at the top of this thread.

That supplied with the Aro cannot be used because it’s too tight. The Shure balance is OK, but when trying to measure ~1.75g you need to double the number shown on the scale and the intervals are rather large. Ultimately the cheap and cheerful digital balance is the one I use. I suggest you buy some fresh batteries for it as those supplied with mine didn’t last very long at all.

When your gauge arrives, if you wish to check accuracy then the answer may be in your pocket. The weight of coins is very closely specified and checked so some small change will give you an idea if the set up is right. I don’t know of any that weighs as low as 1.7 gms. Apparently a Chinese yen is 1gm.

The weight of coins is very closely specified and checked

Now that brings back memories.