The fate of the NAC-N 272. Still keeps me awake at night

I’m thinking that a “mark 2” would be pretty awesome no? I know there’s many topics like this already. But just wanna spark a new updated thoughts from everyone. And maybe naim?

It doesn’t keep me awake during the night but some clarity would be nice!

Gosh I wish that was all I had to worry about and keep me up at night!

Naim are traditionally tight as clams about their plans for new products, so don’t expect any hints about anything until they’re good and ready to make an announcement - this is usually when they have reached a stage where they’re happy with any prototype and it has been given the green light to go ahead into production, and it coincides with an upcoming show or event.

Me? I’m really looking forward to the re-birth of the Aro and the long awaited Cassette Deck. But, as per the above, there have been no hints as yet that these are in the pipeline (apart from rumours of a cassette deck prototype many years ago). But I’m hopeful…

Cats fighting outside keeps me awake at night. I try not to lose sleep over it though.

I think we could be more ambitious than just a new turntable arm, at least a whole new turntable , in Naim black and green of course

I just feel like it’s kinda a waste to not have an update for something so awesome that the market’s really looking for now. Minimising boxes. Look at our friends at cambridge audio for example, are riding on that wave. Streamer-pre-dac option. If i would be shallow, all it needs is that new screen

Me? I’m really looking forward to the re-birth of the Aro and the long awaited Cassette Deck. But, as per the above, there have been no hints as yet that these are in the pipeline (apart from rumours of a cassette deck prototype many years ago). But I’m hopeful…

The re-birth of the XPS-T!

Been sorting out the garage and had found this from the March/April 86 issue of Hi-Fi Review, launch review of the NAT101. 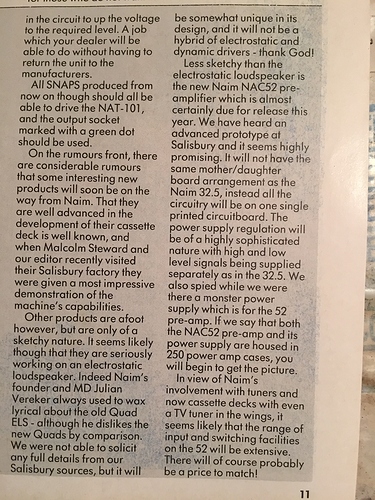 If there were ever a “First world problem”
Oscar, this would win.

Funny enough I’m currently looking to purchase a cassette player. Came into a stash of Dead concerts. Any suggestions other than wait out the Naim announcement?

SS, it depends on your budget.

IIRC from my days in the States and friends who were into swapping Dead bootlegs, there were special Nakamichi groups and it was the favoured deck for many, and Maxell UD XLII the only acceptable tape to use.

I’ve removed a couple of posts. Please could we ensure that forum rules are respected. Thank you.

I had a Nakamichi TD500E in one of my first cars and now I have a 272. I got over the sale of the Nakamichi so I guess I’ll find an alternative to the 272 should it not be replaced, although I’m still hoping it will be of course.

How about the Toshiba Aurex ? Someone knows it ? 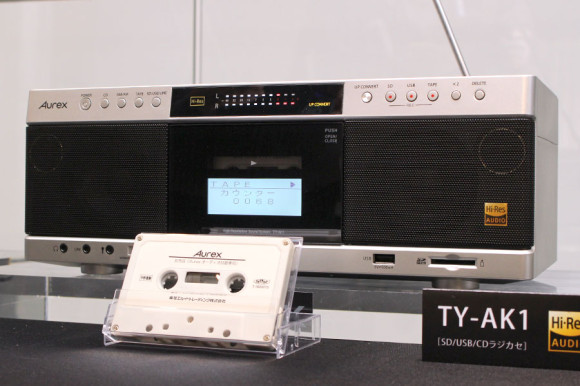 Now a Naim upright R2R would be more my thing. And they could do Naim Records on R2R to support the format. That assumes there is a benefit to doing that versus just making the original digital masters available as FLAC which they already do.

Tell me the idea doesn’t make you go weak at the knees.

Here’s my Nakamichi MR-1 that I just rescued from the basement, along with a family heirloom tape.

It’s playing a tape of the public premiere of Hermann Maria Wette’s “Klavier Sonata VIII.” Wette is my paternal grandfather. He was Herr Professor Direktor of Mannheim Hochmusikschule, one of the oldest music conservatories in Germany. His mother was Adelheid Wette nee Humperdinck, younger sister to Engelbert Humperdinck, and librettist to their opera “Hansel und Gretel,” as well as the author of texts for Humperdinck’s songs. Humperdinck himself worked with Wagner, I believe helping to prepare Parsival (or maybe Siegfried, but my memory might fail me on that). 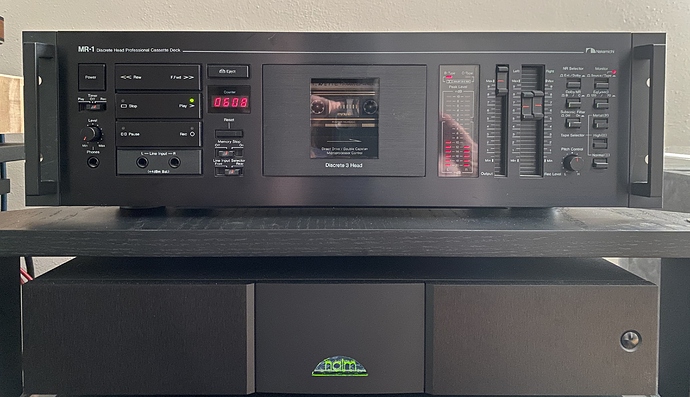 I had several boxes of bootleg Dead tapes back in the late 70’s into the 80’s.

So happy when the Dead started mastering the original soundboard tapes and releasing them on their own. Now there’s way more live Dead music than I can possibly listen to.

My favorites were Great American Music Hall from 1975 (now One From the Vault) and the last night of the Fillmore East (4-29-71) and of course Barton Hall. All nicely released by the Dead.