Gosh thats a shame, though at least they are safe.

They were interviewed on tv this morning they rather philosophical about it. 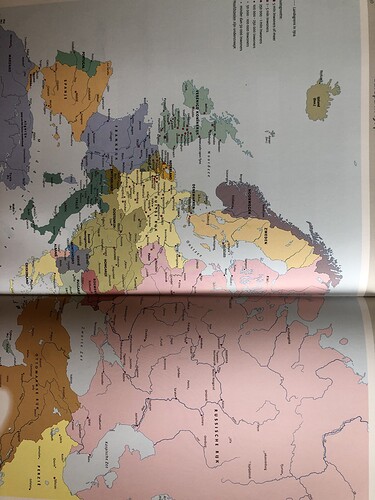 Map of europe in 1914. Far less countries than currently. It was just after the collapse of the Ottoman Empire, a few years before 1914 even less countries would have been on the map.

On that subject, post 3 in another recent thread was fascinating:

Indeed. Looking backwards we know what happened. It was just a fascade hiding enourmous tensions emerging in world war 1.

The world was imploding.

I seem to remember that the size of the British empire was at its maximum in 1915, I’d like to find a map of that too.

I need to read The World of Yesterday by Zweig again.

Yes that one is nice too. I love history! Kid one is more mad about history than I am, we visited Verdun this summer to check out the battlefield.

The British Empire at that time would have included India and others that have now drifted off. We are still clinging to the old Empire and I don’t think that’ll change anytime soon. Maybe when Queen Elizabeth steps down (or passes) as I don’t think many Aussies have much faith or the same respect in a King Charles. But who knows we are basically a very conservative bunch.

When the time inevitably arrives I think the Aussies will embrace Charles. There is a strong affection between our nations. Unity not division is our hope.

There is a strong connection between our countries (although you wouldn’t always think so especially in sport) but I’m not so sure, Charles is not that popular here. Don’t think we’ve forgiven him re Diana, she was extremely popular and so are the kids.

Charles is not that popular here

For the same reason, I don’t think he’s that popular here either !

There’s been a spate of TV programmes recently about the Royal Family. Most of them seem to have been written by Republicans, at least IMHO. Not very flattering of any of them at all.

I’m a republic supporter (I wouldn’t go to war over it though) but I’m also a fan of our strong relationship with the UK and other members of the Commonwealth. I have a reasonable respect for the Royal family and love it or loath it, it is part of our history. My idea would be rather than just copy someone else’s mistakes come up with something more up to date. Hopefully taking the best from both systems.

Why not import a noble family from Germany? It is even for sale. Or have an Australian guy adopted by a German prince and you have your own royal family

You could try a Greek Prince with a German Family …
… oh ! I forgot … been there, done that

Don’t think we’d exchange one for another.

No I thought it was funny, you’ll never bother me with stuff like that. I happy you’re talking.