About 2013-4 (ish) , but that looks like it, certainly on the A1 on the way to Wittering (that brought back a few memories) . My memory is that it was in a scrap yard. 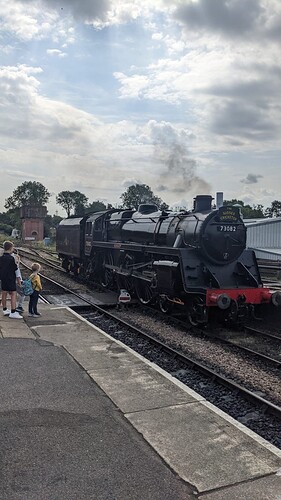 That’s a good looking machine, a a great picture. The picture itself brings back memories- my son was obsessed with steam engines up to the age of 6 and we must have gone to the Bluebell line, the Watercress and Didcot shed, the latter countless times because it’s on our doorstep. Suddenly the obsession stopped overnight. He and I just spent the day with cars at MB World, as he’s now almost of driving age. I’m hopeful there because cars are one of my obsessions. That, and Olive coloured boxes joined by high purity copper cables….

I had the same with vintage warbirds and it stopped overnight .

Years later, it came back -hence this thread

They are set targets by HMG

I thought I’d add this from a recent trip to Italy. The woodwork on this is stunning. I’m not sure if this is truly vintage or recent but the originals of course go back decades. Among the mega yachts at Portofino that day, this is what really caught my eye and the sad thing is that the photograph doesn’t really do it justice. It’s a work of art. 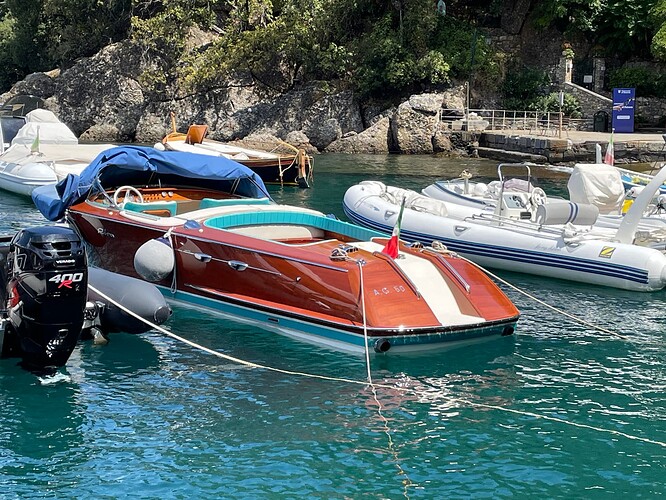 It looks like out of a James Bond film 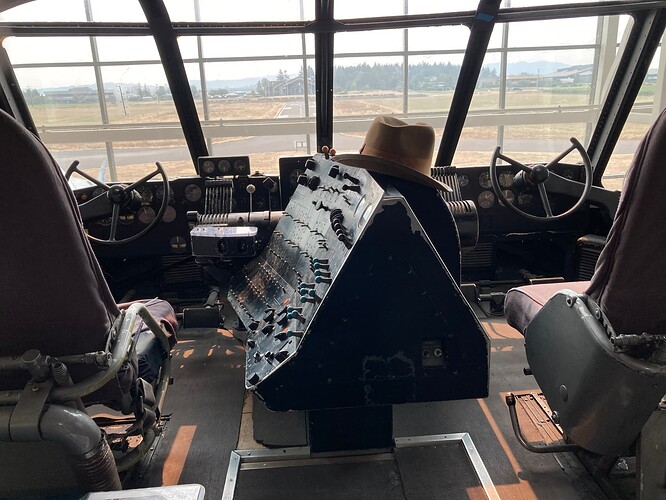 The Spruce Goose.
Definitely worth a visit if your in the Portland area.

Did the Spruce Goose ever fly? I think it did, right?
Thanks.
Dave

Yep, for about a mile, piloted by HH himself. And that was it!

Yes, think it was a mile or so (as Jamiewednesday said) in Long Beach Harbour. On a taxi test I think it was. He must just thought, “sod it,let’s go for it”

It really is an enormous machine.

I did the The Spruce Goose tour years ago when it was still down in California.

This was at a time when I stayed on the Queen Mary which was next door to the Spruce Goose at the time before they moved it up to Oregon.

My mother along with my oldest sister crossed the Atlantic from the UK after WWII on the Queen Mary. She had married my father, a US serviceman during the war, and the war brides and others followed after all the troops were returned home and the ships were converted back to ocean liners. 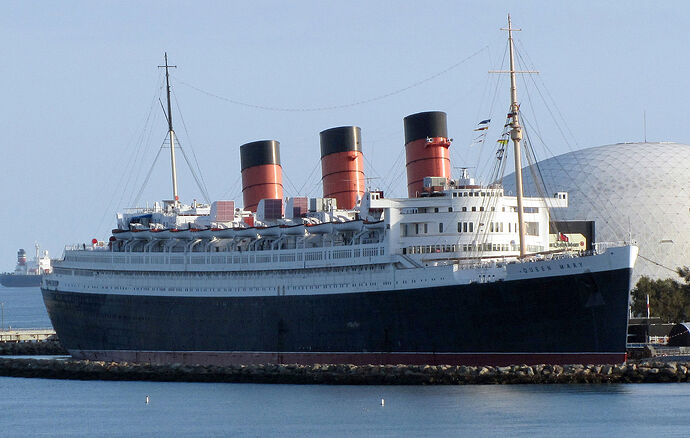 The Spruce Goose was housed in the large dome behind the ship at the time.

To have that family connection with the Queen Mary really is quite special I think. Something to treasure tbh.

I have no connection at all like that, but visited it a while back and the stand out thing for me (apart from being offered a senior ticket at far too young an age

) was the Engine room and how the design calculations for the ship itself were done back then. 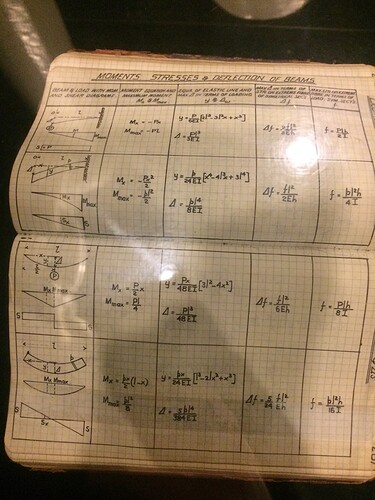 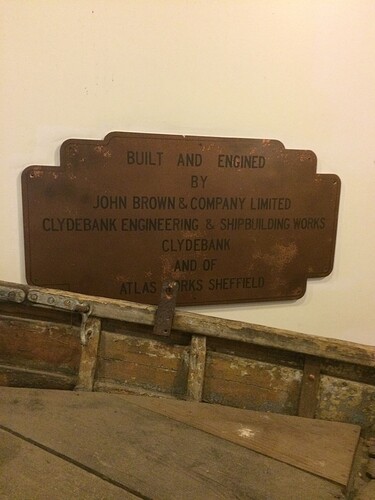 Took me back to my Mech Eng days at Uni.

Wish I had longer to spend at the Evergreen museum near Portland, but we had a Roger Waters show to see that evening

.
Hope to visit the area again though; really lovely.

Over the years my wife and I have made many trips down to Portland for weekend stays. We can take the train down or drive but the city is easy to walk about and great public transportation. I have not been down for a few years now with the Covid situation but hope to venture down in the near future.

The Seattle Area along with Vancouver and Victoria are great cities along with lots of wilderness if you enjoy hikes if you ever get back to the Pacific Northwest.

Hey seakayaker, when you stayed on the Queen Mary, was it part of a Jazz weekend/event? I believe there have been some on the QM.
Very historical that your mum and sister sailed on it. That’s cool. I seem to remember a family member mentioning they were on it, but they’re all gone now. Or was it the Titanic? …
Cheers.

I think the Jag reads F-Type on the back. The E-Type (XKE I believe?) has been touted as the most beautiful exterior car design ever. What is the difference between the F and the E? I think I agree regarding the exterior design, however, the Ferrari GTB 308 has alway had a solid place in my heart for most impressive design.
I guess I’ll just have to get one of each …

No musical events. I stayed on board for a couple of nights just for the experience of having a historical connection with my family history.

I have great memories of all the cities you mention, including one in an office building in Portland looking out at the chain of volcanoes - Mt Hood, Mt Adams, Mt St Helens, perhaps even Mt Rainier. I’ve visited Hood and Rainier over the years. Each city offers something different and the mountains, coast, trees and wildlife in that area are uplifting. Being married to a Chicagoan though and living in the UK I struggle to make the argument convincing for visiting part of the US where it might rain!

visiting part of the US where it might rain!

In one episode of the series Frasier (set in Seattle) it was stated that Washington’s State flower is moss.

I arrived here in 1996 and have never left. The attraction was I could keep a boat in the water year round, seakayak year round, ride a motorcycle year round and be outdoors year round. Very temperate climate year round and reputation of rain and bad weather is greatly exaggerated!

Naturally this is in the coastal areas. The Cascade mountain range and Olympic Mountain range and forests do have a much higher annual rain fall accumulation. …and of course this is great for the folks who enjoying snow!

Since this is a photo thread, not quite vintage but Maggie was built in the late 1970’s and served me well during the period I owned her in the late 90’s early 2000’s time frame. 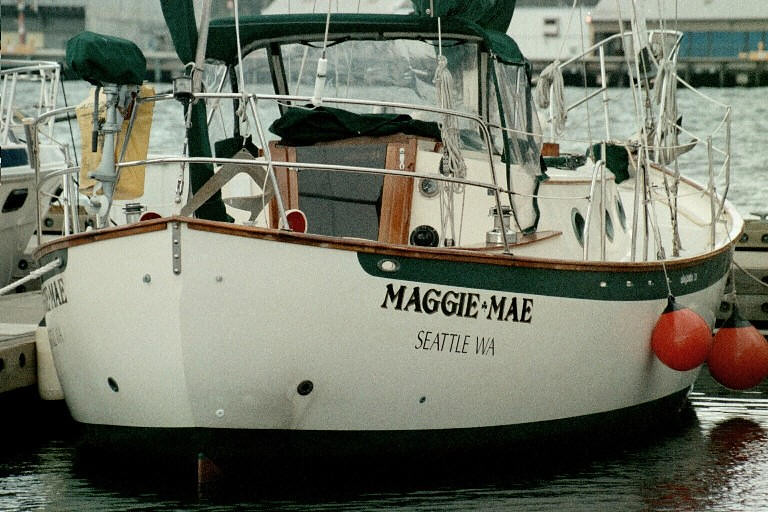