And London manages a paltry 24” a year but that’s all statistics and logic. It doesn’t matter what I say- I’m struggling to battle preconceptions!

If I’m in the coastal North West in the summer, I don’t mind if it rains or not. It’s part of the charm and I agree with the point about the benefits of mild temperate conditions year round. I think that’s one reason why I find it an easy transition from the U.K. I also don’t recall there being the humidity I experienced in Chicago and when I lived in NYC.

…the added bonus is there are no mosquitoes in the greater Seattle area unless I go out on a trek’s into the forest. Summers in New England could get unbearable at times even in the city… Seattle does have plenty of spiders however. …maybe they eat all of the mosquitoes.

…and keeping with the Vintage theme here are some vintage boats located by the MOHAI museum and Center for Wooden Boats on Lake Union in Seattle. 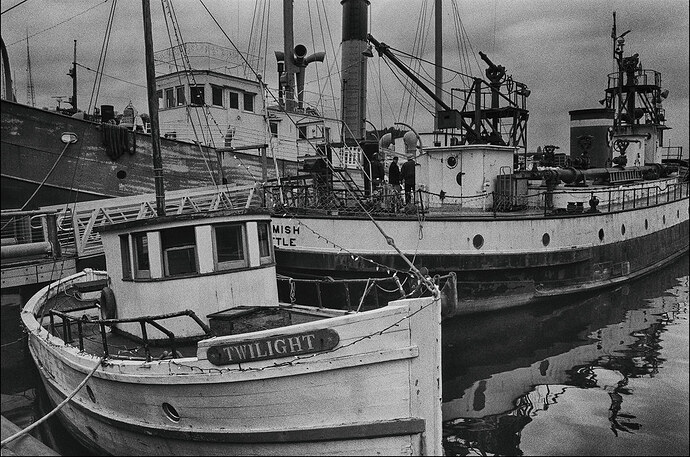 Photo taken during the winter time on one of those misty days! 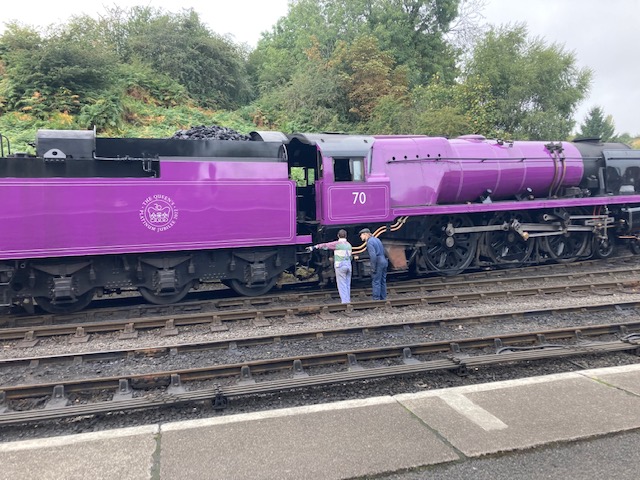 Did the Spruce Goose ever fly? I think it did, right? 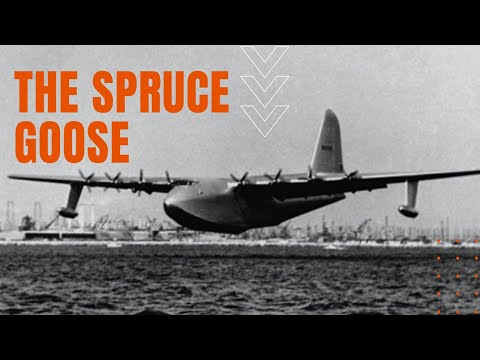 Difficult to grasp the scale in this clip

Thank you for the clip Matthew. I was telling my wife that it had 6 prop engines, I’ll have to revise that for her.

First up, let me apologise for the shonky photos, all I had in 1985. I was in ecstasy.

These were taken at the Dover Airbase in Delaware. They were part way through repairing Fortress Shoo Shoo Shoo Baby, and there was long way to go. 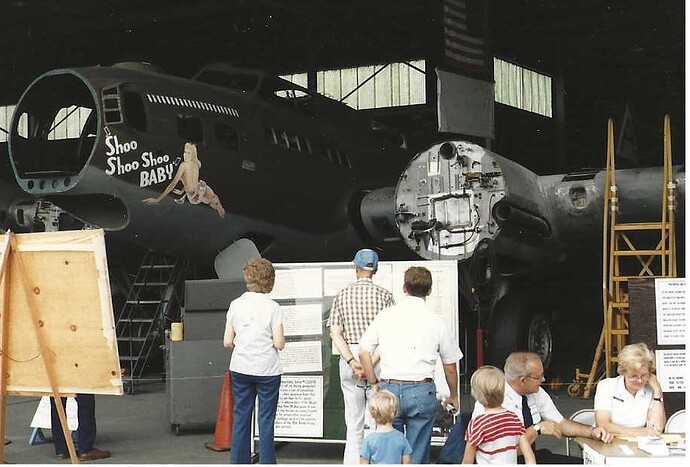 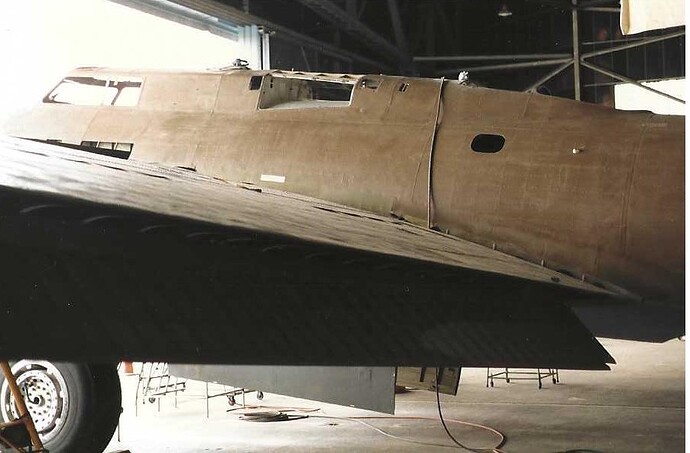 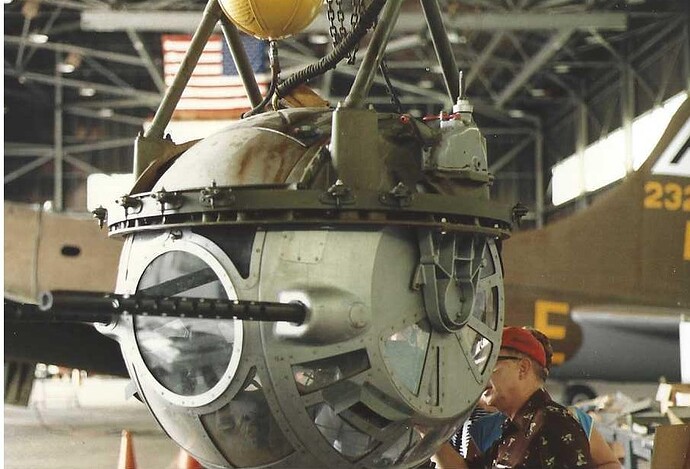 I tried to take a pic from as near as I could to the ball turret gunner’s POV. 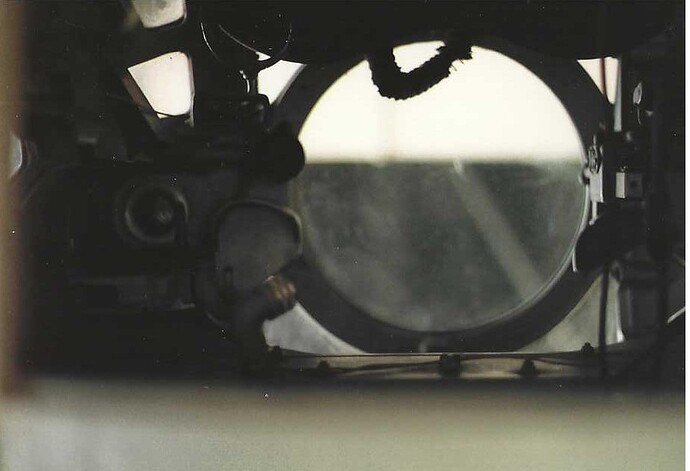 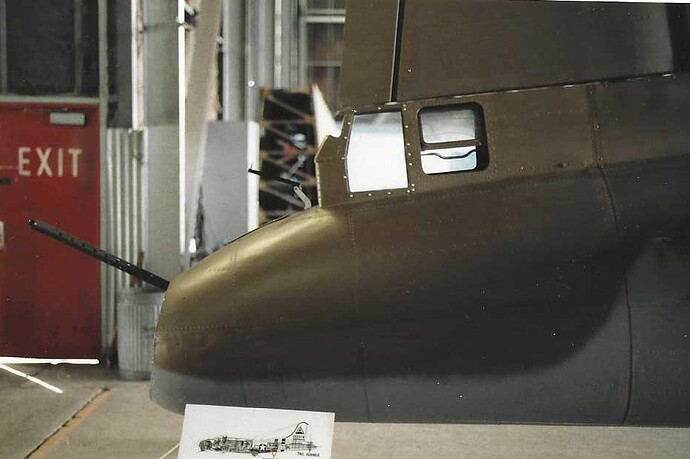 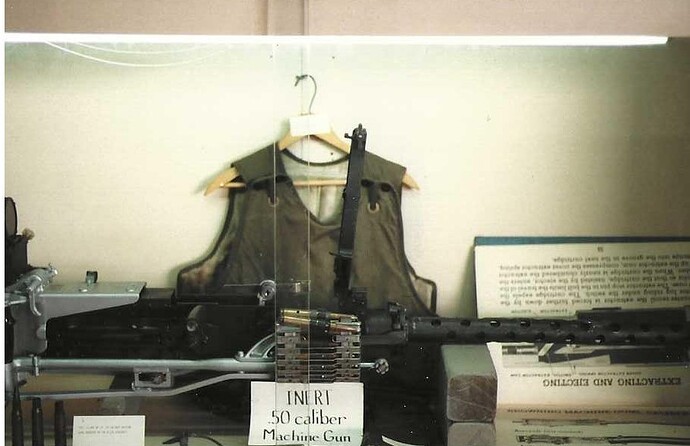 I was clearing down the phone and came across this. 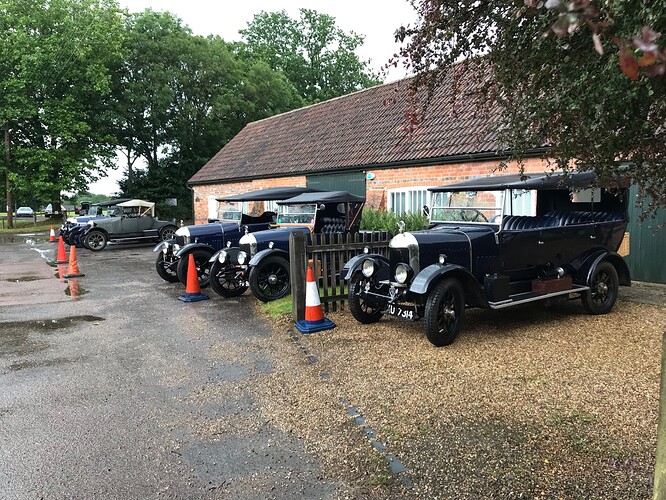 I forget when this was but these beauties were lined up outside our local HiFi and AV dealer. Sadly the cones ruin the shot! 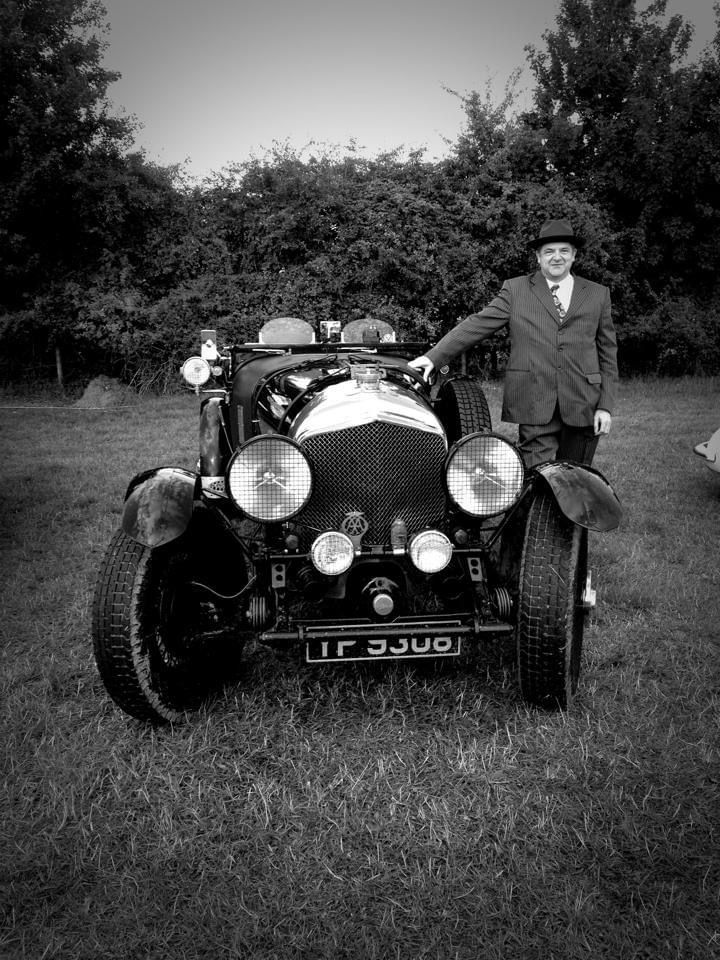 Your car? And is it a Bentley?

Having driven down through France yesterday I drove over the Forclaz and Grand St Bernard passes today. Yes, the latter for its Italian Job connection, but having done so, without having planned it I’ve ended up staying at what was Paolo Stanzani’s house and the place is wall to wall with Lamborghini and motor racing memorabilia such as this picture with Gandini and Dallara. 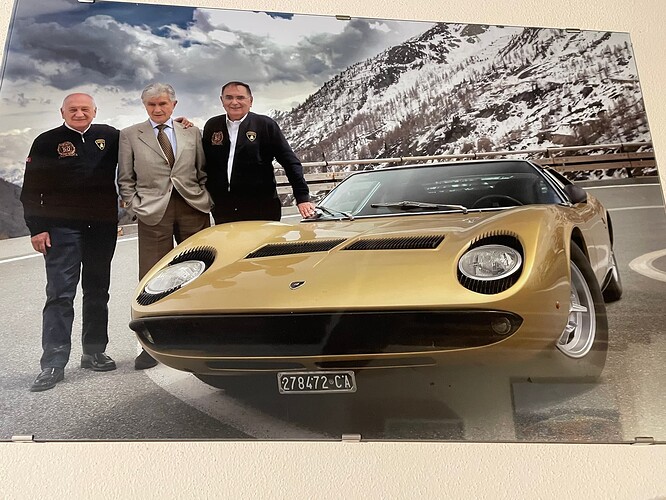 With apologies for the quality!

I do know someone who ‘so employers have a Lamborghini, and he got to drive it the other day.

Is that near Reading ?

Checkendon. Pretty village, down to one pub AFAIK, good for walks, nice coffee shop/farm shop on the outskirts. 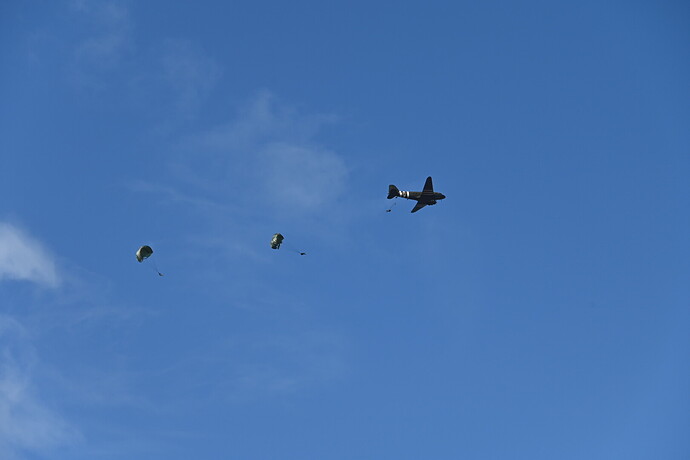 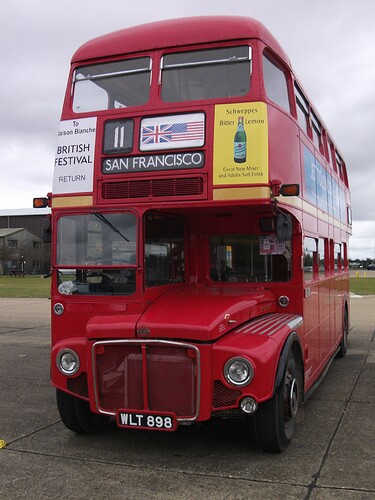 Duxford 2012 035 (2)1920×2560 332 KB
An old picture I’m afraid from the 2012 Showbus rally at Duxford. This particular Routemaster was used in a “Come to Britain” campaign to attract tourists from the USA and Canada.
Between March and August 1952 this bus travelled from New York to San Francisco and return, and then toured around the Eastern Provinces of Canada (all long before Cliff Richard and the Shadows’ thought of it) covering some 12,000 miles in all.

For those interested in vintage buses and coaches, note that on Sunday 25th September (3 days’ time) there is the 50th SHOWBUS Rally, the biggest in the world, at the Hertfordshire Showground (near Junction 9 of the M1). Apparently this will be the last ever Showbus which has previously been an annual event, Covid excepted of course.

It was Kop Hill Climb this weekend - this is a 1920’s hill climb that was revived about 20 years ago.
Here are some iphone snaps as they return past my house. 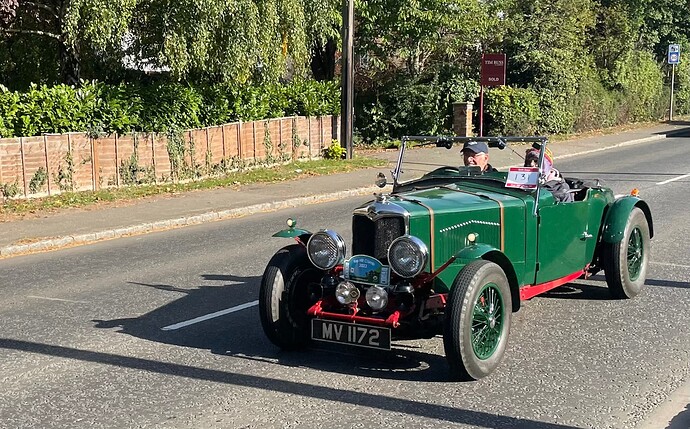 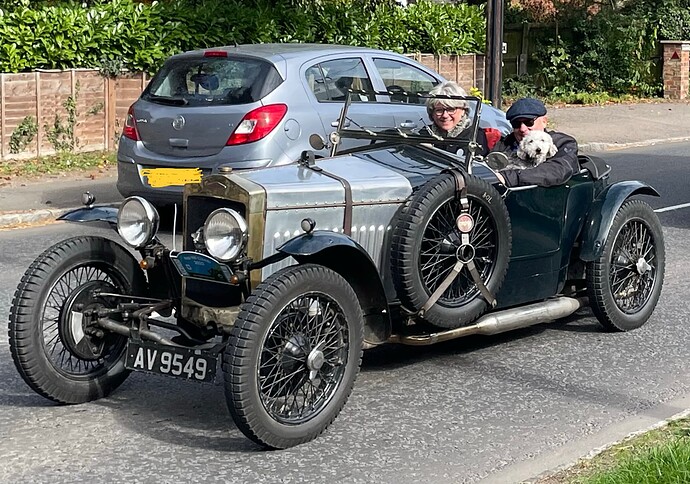 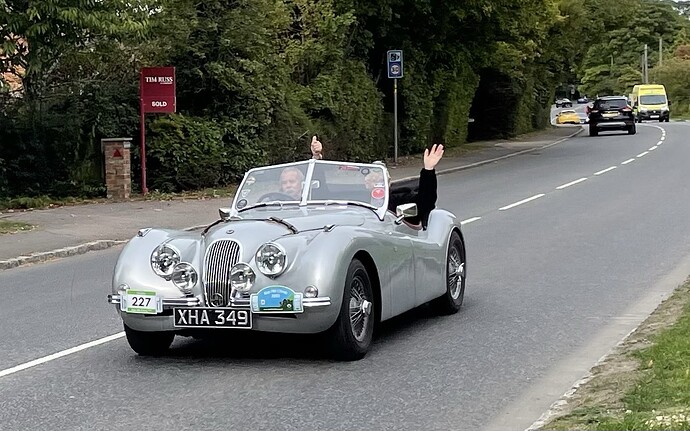 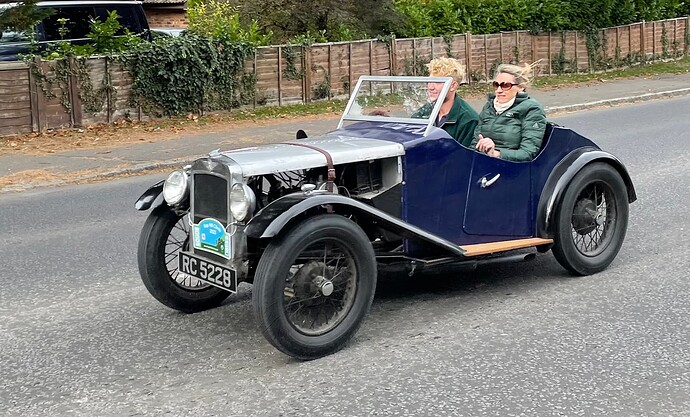 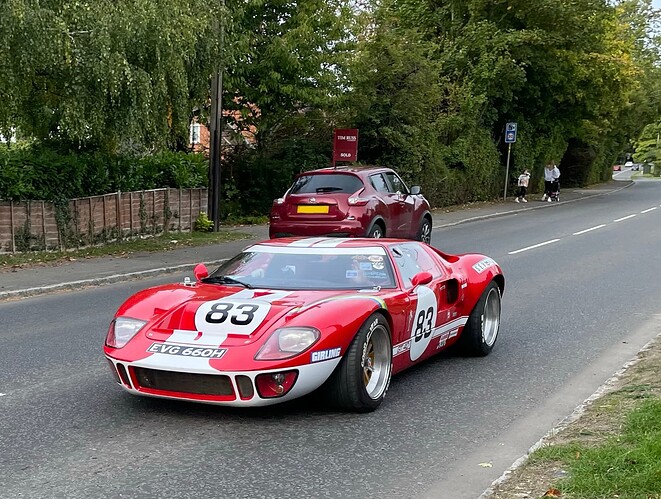