What records will you admit to owning which others may not?

Failing that, pretty much anything by Justin Bieber or James Blunt would be a sure fire winner IMHO…

Not wishing to keep anything from my esteemed Forum members, there are TWO James Blunt CDs in my house but they are not mine - that is all I am saying.

Sorry LELFAN old chum - that still counts and you might just have to walk off with the crown!

Heeey. The Day Before You Came is a fantastic song. Definitely one of ABBA’s finest.

But I will admit to owning this on vinyl:- 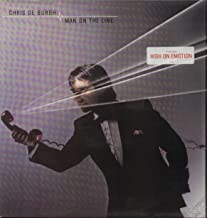 Christy Burger - Man On The Line

I have an excuse but it won’t matter.

I must admit I bought this one for my wife… 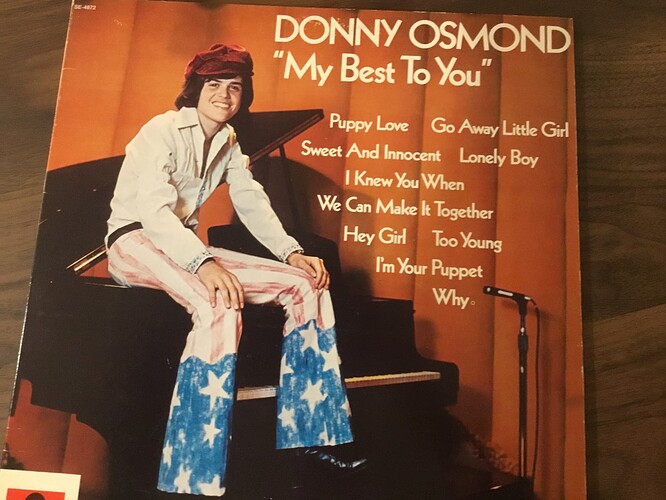 Oh dear LSLFAN, that’s a howler! I saw CDB at Alton Towers sometime in the early 90’s (he was my 1st wife’s favourite “pop star”), needless to say the marriage didn’t last…

“I must admit I bought this one for my wife…”

What did she do to deserve that, poor woman?

You may be aware that Engelbert Humperdinck took his stage name from a German opera composer who was writing at around the same time as Richard Wagner.

Most of his music has been forgotten, but the one piece that remains is his utterly sublime childrens’ opera ‘Hänsel und Gretel’. Herbert von Karajan, in his days as de facto principal conductor of Walter Legge’s EMI house band, The Philharmonia, recorded a magnificent mono account with Schwarzkopf et al. Do try to hear it, if you can. I hope (but am not certain) that it’s still in the catalogue.

I was lucky enough to see a wonderful performance of it a few years ago just along the road from me, at Glyndebourne. A truly magical evening.

Yes I am aware but was confident that folks on this forum would not confuse the two.

None taken, and you’ve prompted me to give that opera a listen.
Cheers

Now that is a confession.

I have the first two James Blunt albums, bought in a charity shop. The first one is excellent, if you skip that one well known annoying song. Quite dark and serious in places.

I was but a teenager out in the sticks. Our local venue, a leisure centre, started doing gigs and likely no money changed hands as my father played squash with the centre owner. The same arrangement likely explained my acquisition of a table tennis table which looked just like the ones from said venue.

The Showaddywaddy and G Band gigs took place in a sports hall where the whole audience was sat on stacked up benches and no-one stood. The audience were at one end and the bands at the other. A gap of about 50m in between. It must have been as odd for them as it was for us.

The Smokie gig was on the ice rink and at that point they’d not imported any matting to sit over the ice so band were at one end on a stage built half over the ice whilst the audience were sat around the rink to a depth of about 3 rows.

All 3 bands were okay but Smokie were really not bad at all and I still have a soft spot for this.

Latterly saw Marley, Blondie, The Jam, The Clash, Dire Straits and much more there. 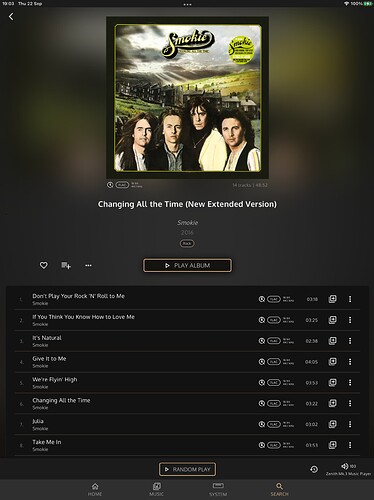 Following on (sort of) from the Sam Fox admission, I had this on vinyl, back in the day: 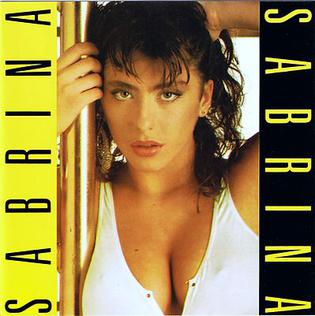 Whilst googling the album, I chanced upon some of her other album and single covers. Ye gods…