I had the podiums custom made for the Focal Maestros so as to follow the curve of the plinth. plus with one of the standard sizes the rear of the plinth would have hung over the podium. Townsend were fantastic to deal with even from over here (NZ ). They recommended removing the spikes which is what i did. They have made a very large improvement to the sound of my system

Very interesting. I read your earlier post which said that with spikes off, the speaker was resting on some screw heads. So how have you finally decided to place them on the Podiums? Spikes on or off?

Yes i know , but well outside budget.

Is that a (very long) run of Music speaker cable I see?

I am still with spikes on. My thinking is that Derek designed the Titans this way, so all I am doing is providing a vibration free footing on which the speaker then works as designed. I could be completely off in that logic of course

In this respect I can get why speakers may work better with a podium than other more “invasive” isolation solutions, as it simply provides a clean footing, as it were, for the speaker to stand on.
I am overcoming the aesthetic issues - the sound is winning me over.

Thanks, Robbo. I have great respect for most things Max developed. Notwithstanding the looks, I’d really like to be able to try them myself, but it doesn’t seem to be possible to try before buying.

Been bulk buying cds at very low prices for months but was irritated that my project box cd transport sounded so much worse than my Innuos so decided to buy a Cyrus CDT to plug into my Mscaler. Would have liked their reference one but the cost was just too high at present. Trust me though, CD is a long way from being dead as a quality source!

I would say definitely worth a try - it is a very perceptible change. I am still getting used to it, but I think it is winning me over. I felt I needed room treatment to tighten the sound up, but not so with these in place. Any sign of flabby bass has disappeared, and everything seems cleaner across the spectrum.

Hi Robbo yes Music. I’m using a full Chord Music loom these days.Another advantage of removing the spikes is that the overall height of the speaker should be much as before.Sound wise I don’t know as I never tried my speakers with the spikes in place but aesthetically it wouldnt have worked for me that way

I am also using Music loom, with exception of power lines + QBase.
The custom shape looks great by the way!

Well, after a five month wait, Mishima-san has finished my katana…err…phono cartridge. Arrives tomorrow. Looks like I’ll be playing hooky from work in the afternoon.

I’m told it takes about 20 hours to break in for full glory, but it already sounds fantastic and really sweet out of the gate (err….box).

Right now I’m using a 220Ω loading value on my SuperLine/SCDR. I’ll start trying other values once it breaks in. Joe Harley (the Tone Poet) says he uses 500Ω for his non-SL version, but uses 200Ω for his mono version that has the same output as my SL. That doesn’t mean I should but 220Ω for me is a reasonable starting point. 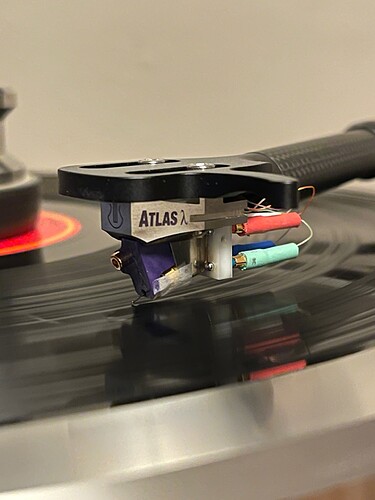 Technics decks are having a bit of a moment. Like some popular music from 40 years ago that was disregarded out of hand because it was “popular” and later becomes acceptable to realise some bits as real musical works of art - Technics decks are being re-evaluated a bit with acceptance that they have some proper audiophile chops.

During 2022 I set about the task of upgrading my Tom Evans Groove+ SRX phono stage. First step was stumbling across a chap selling a Tom Evans Mastergroove. It was only when I collected it for the swap that it dawned on me that neither the phono amp nor the power supply would fit on a standard height fraim shelf! Whilst I sorted out getting new medium height legs I contacted Tom Evans and eventually convinced myself to go the whole hog and upgrade to the latest Mastergroove SRX III spec which I think is as good as Tom is currently offering. This took a while but arrived last Friday. As an aside, Tom informed me that the clear acrylic unit casing was originally made for a good friend of his. Replacing the contents with the new components wasn’t exactly an aesthetic masterpiece but as a complete ignoramous I can confirm there are lots of bits in there!!

Introducing a medium set of legs to the left stack had the unfortunate effect of raising the cd555 sufficient to clash with a shelf above and forced me to replace the tall legged shelf over the nap500 with a medium. The tall legs moved across to span the TE power supply - I thought the space would help minimise any interference to the linn power supply on the shelf above and a benefit was to now have both stacks with the same overall height. I reckon it looks a bit ungainly so I will spend a while contemplating whether to swap out tall for medium on the right stack and accept different overall heights with perhaps a bit more stability for the record player.

So far I have only managed to play one solitary album with the whole system having been switched off for a number of weeks previously. Despite this limitation, the initial sound was incredibly coherent/ balanced/ crystal clear. Normally I would expect at least one side of an album to be played to allow things to warm up/ settle down. So very encouraging start and looking forward to a proper listening session. 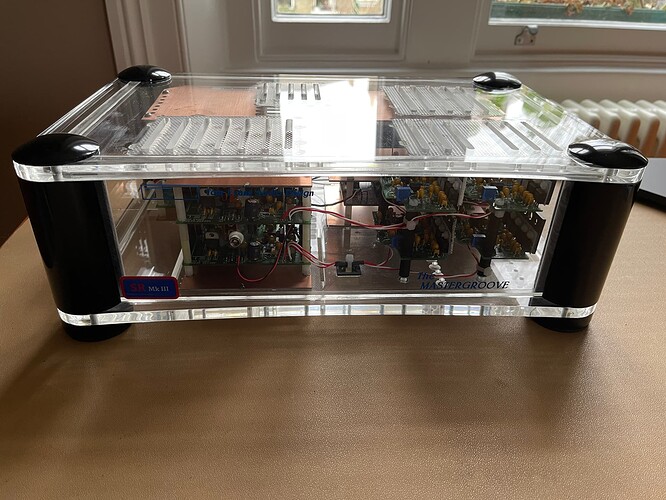 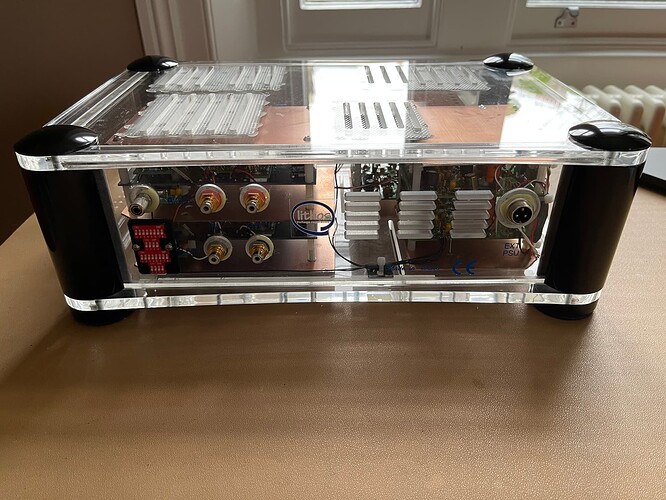 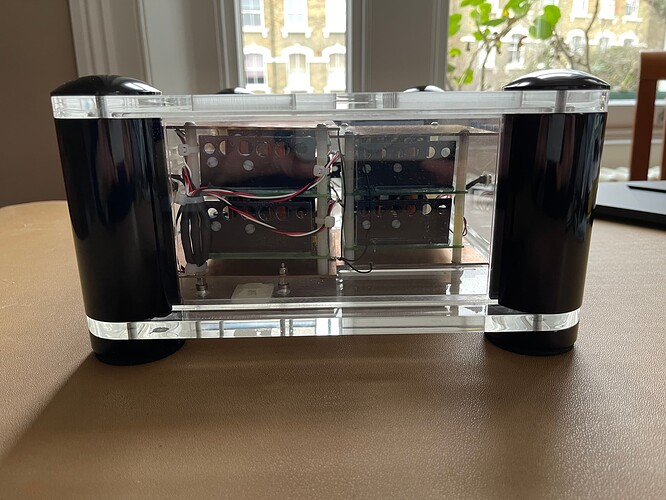 Seriously though, that’s a lovely setup and a rather unique phono stage