What was the last bit of gear you bought?

Of course it could be just to give the streamer a light tap if the screen freezes, in which case it’s probably OK?

Haha, yes, it is. I did a lot of home improvement these past months in addition to the system and just let it all pile up until the system is installed

Step one. Got a bit late. Surprisingly I connected everything correctly and it played music right away, but some things are to improve and finish. Will post proper pictures in the system pictures thread soon. Many thanks for the avalanche of likes for the previous post, and thanks to the whole forum, I could not have done it without you. Good night 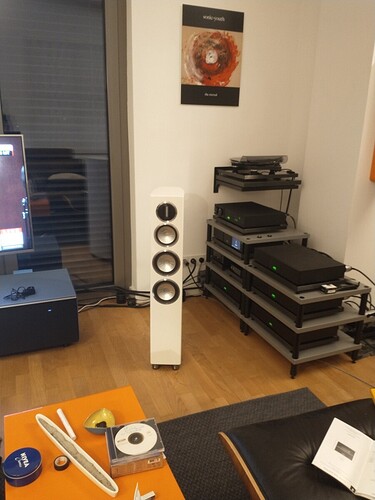 Just awesome, so happy for you. I’ll get there one day

How pleased are you with the Isoacoustics isolation platform? 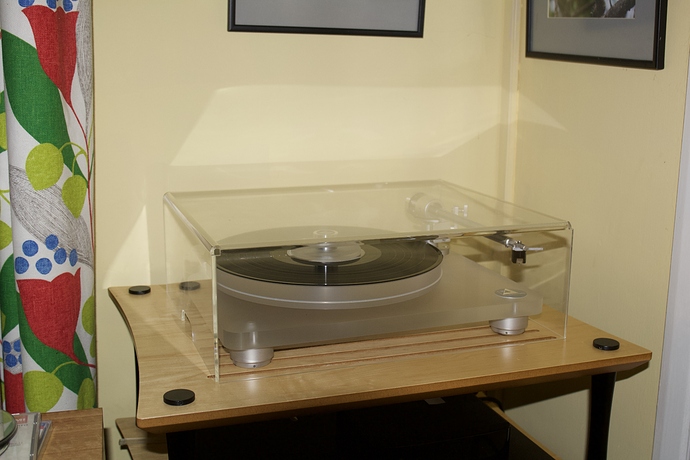 Very nice rack… what about???

You can thanks us indeed. We have paid your system with our hearts, without spending our money. The forum is magical !

Step one. Got a bit late. Surprisingly I connected everything correctly and it played music right away, but some things are to improve and finish. Will post proper pictures in the system pictures thread soon. Many thanks for the avalanche of likes for the previous post, and thanks to the whole forum, I could not have done it without you. Good night

Interesting that you ask about the Isoacoustics platform, because they aren’t

They are Sicomin bases and are not available new anymore. Also a bit difficult to source used, as those who have them don’t seem to sell them often. Took me a year to get the 13 I have now and I might have exhausted the world supply in Naim-sized ones

In the pic I have one under each device (two narrow ones for the Aria and Neo), and I have two additional ones for my CDS3/XPS2 that will be added to the right stack but are off to service right now, and two small ones for the PowerIgel and the 8switch. 13 bases weren’t really cheap either, but they are very cost effective as they can be had for like a fifth of what the Finite Elemente Carbofibre bases sell new, which are so extremely similar that I wonder if the Sicomin bases aren’t the granddaddy/inspiration.

I wrote about them a bit in this post and two subsequent ones:

I have seen this, thanks. But then my bases are not by accident or haphazard. They have the same principle as the Finite Elemente Carbofibre bases, they are a honeycomb core covered with epoxied carbon mats (carbon-kevlar in my case), placed on spikes and then on the Audioplan TransferDiscs, also carbon-epoxy. The Sicomin bases actually have a bit of a legendary status in some parts, e.g., France were the guy who created them was based, and in Germany where Audioplan imported them. The guy seems…

Very nice rack… what about???

It’s from Creaktiv, a German rack builder. It’s the Trend model, the lowest one in their range. The shelves are MDF and the pillars are metal filled with sand. I pimped mine with the Sicomin bases, see my previous post. The rack is available with different numbers of levels and finishes, in single-, double-, and triple-width. A single-width rack with four levels costs 477 EUR, and additional levels are 145 (shelf and four pillars).

Creaktiv make pretty cool audio furniture as well, and they also offer customization for most (all?) products (sizes, pillar heights, finishes and colors). I already owned the rack that now became the brains stack on the left in standard width, which is a bit wider than you really need for Naim. I thought about a Fraim, but two stacks are simply too wide for me, I would have barely been able to squeeze through the gap between the rack and furniture. With Creaktiv, I could order the brawns stack with customized, smaller width

(5cm less depth would have also been nice and possible, but as I already had the parts for the brains stack I left it at that)

Strictly speaking, some of it was purchased awhile back, but finally put to use. Linn lp-12 upgraded with karousel and lingo 4 all of which now goes to Rega Aura instead of a prefix. Sounding very good. The really last purchase was a pkg. of mo-fi inner sleeves to replace some of the paper ones that have turned to dust.

Hi Ian…Sorry for the delay replying. The isoAcoustics Delos has been fantastic. After I put it on my wall shelf it really tightened up the bass response, which helped with better definition across the range. It also allowed me to remove the wall shelf altogether and resite the turntable on top of my Fraim brain stack, without any footfall problems in the room. That was not possible for me before.

Bottom line is I recommend it enthusiastically. I also like the isoAcoustics Gaia feet for my speakers, pretty much for the same reasons. Effective isolation can be biggest bang for the buck among system tweaks.

Thank you. We’re really happy with how it has come out. I don’t even have upgrades on the radar anymore. The system sounds great and collecting vinyl brings us joy (as do our rottie companions).

Just noticed you have Monitor Audio Gold GX200s. I have the Gold GX300s.

Do not listen to those who say MA speakers and Naim don’t mix (although I guess there are some MA models that don’t). I have kept my GX300s from my Uniti all the way through to my system today. These speakers have grown through all the upgrades and have clearly expressed the uplift in SQ all along the way. 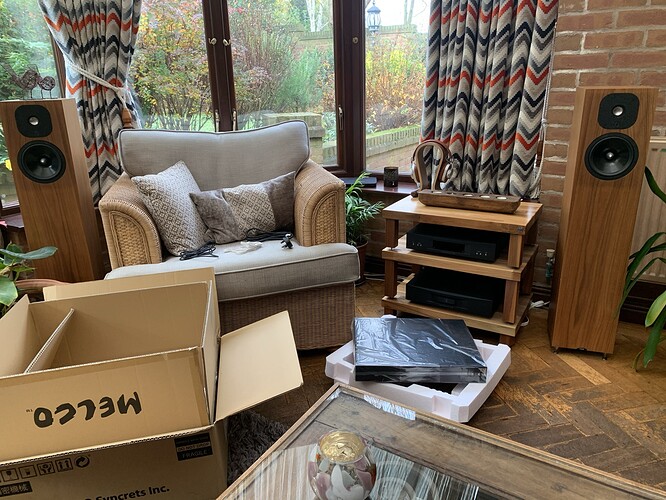 Two items that within the last month; first, some storage boxes for my vinyl that had been released from storage. Second, my first TT in nearly 30 years was picked up and installed: LP12, Lingo 2, Ittok XVII and AT cartridge.

When I picked the TT up I commented that the last LP12 I had had was a disappointment because it was great for jazz and classical, but was underwhelming with contemporary jock and folk. It was pointed out to me that might have been caused by having the felt mat upside down! 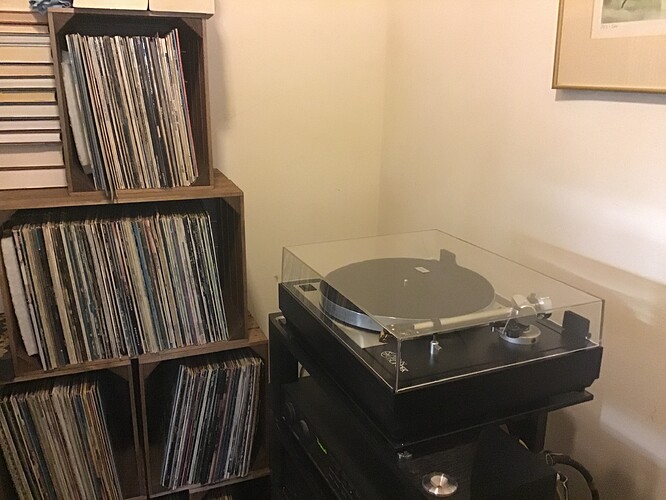