What was the last concert / gig you attended?

Did they do any clog dancing.?

Just one song at the end, which drew a huge round of applause for it.

Muti contracted Covid so at the last minute his assistant conductor Lina González-Granados stepped in.
Mutter’s violin was fine and delicate sometime more of a whisper in some spots. She did not get going till the last cadenza where she showcased her flexibility and precision. I prefer more Heifetz style of gutsy weightier playing tho it was interesting interpretation for the score.

Gonzalez-Granados’ Brahms was mixed. She did nothing wrong but I thought it lacked dynamic expressions lacking tensions. The quiet movement suffered the most from this flat-lined direction. I got the feeling the orchestra musicians were on an auto-pilot. 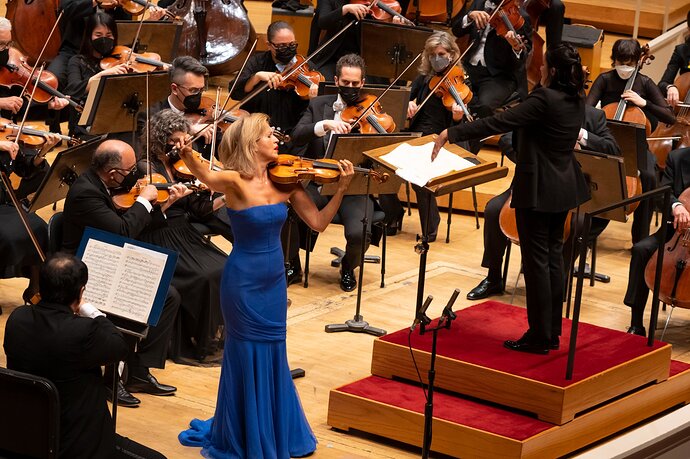 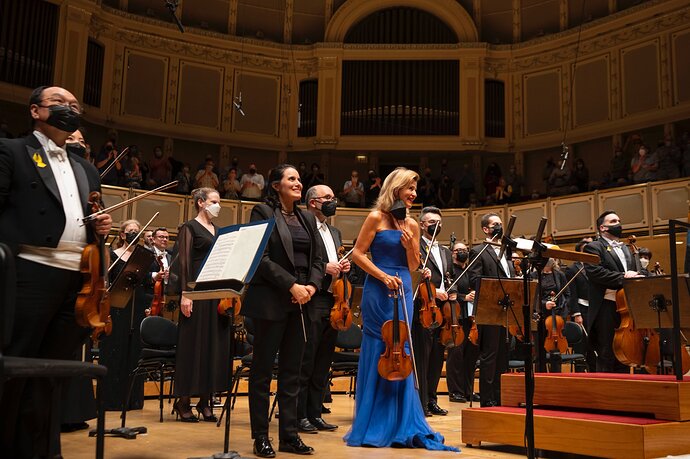 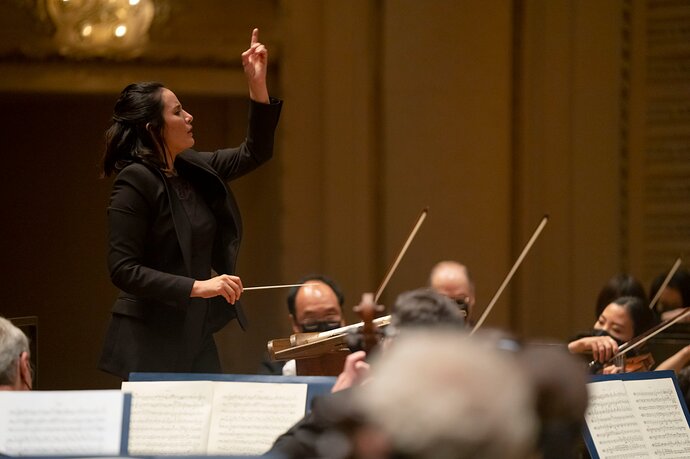 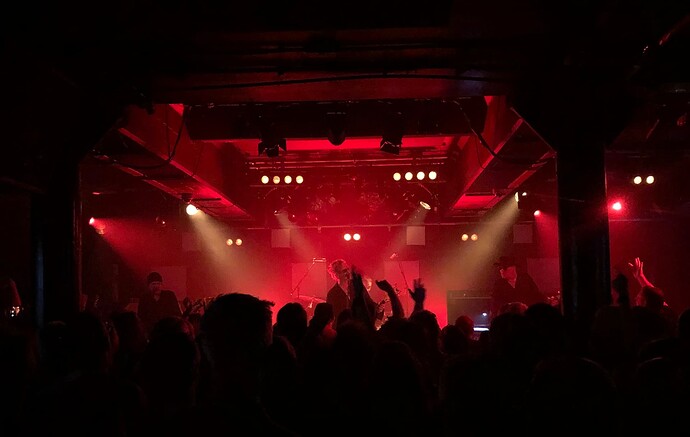 Small venue for The Mission, nice drum sound as always. 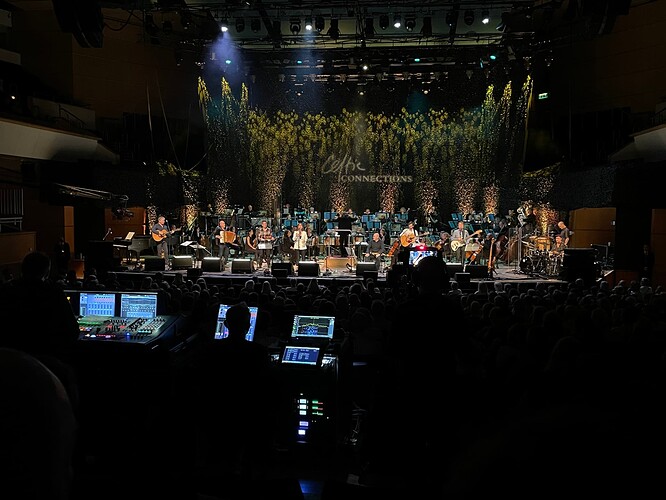 I have many Capercaillie albums but this was my first time seeing them live.

Taken last night - anybody like to make a guess? 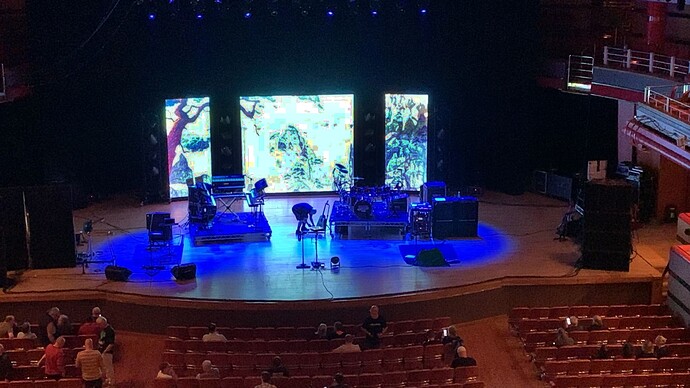 Hint: there was a bit of Stravinsky…

Yes always used to start their concerts with an excerpt from “The Firebird”?

And they still do.

Their first gig since the loss of Alan I believe? Presumably they marked this in some manner, as they did after Chris’s passing (his white Rickenbacker bass standing in the spotlight solo was a suitably touching tribute).
This was the Close to the Edge gig wasn’t it? I assume that there were additional pieces played? Be interested to read your impressions on the concert.

Norah Jones played at the Greek Theater in Berkeley California last night. Had a lovely time. 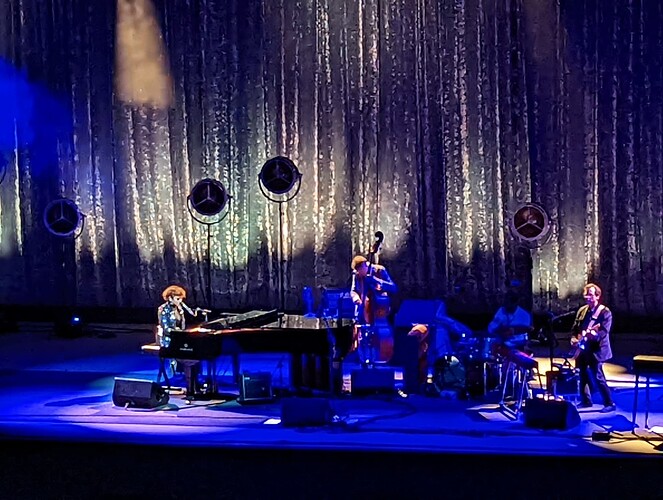 Joining Ese were Sheena (vocals), Jackson (keyboards and synth bass – Indigo was in Denmark, so Jackson channelled his inner Manzarek), Pharoah (drums) and Noel (percussion). A brilliant gig, at which Ese made full use of her growing FX board (see below): 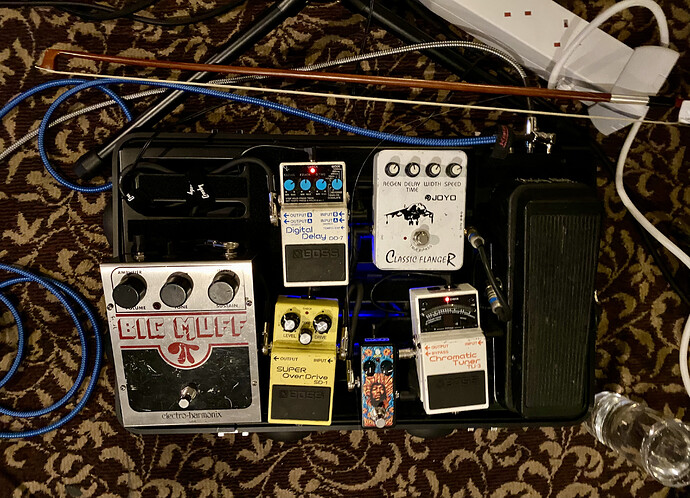 Good to catch up again with @steviebee and Laura too. 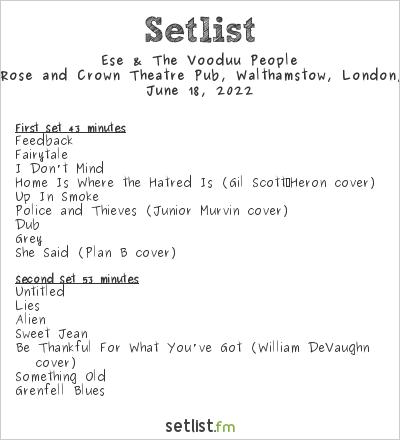 Can’t wait to order the new album on the 10 th, my burstday present to myself❤️

We only start recording it on your birthday @Gazza… might not be finished for a few months after that. CD and DL likely to be out before the vinyl, given all the delays right now with that format…

As always, a memorable night. EVP were on fyah.
Brilliant gig - I’ll take that anytime over the corporate singalong of (urgh…) ‘Glasto’.

What’s the Hendrix one?

Oh got that one wrong………hope it goes well😥 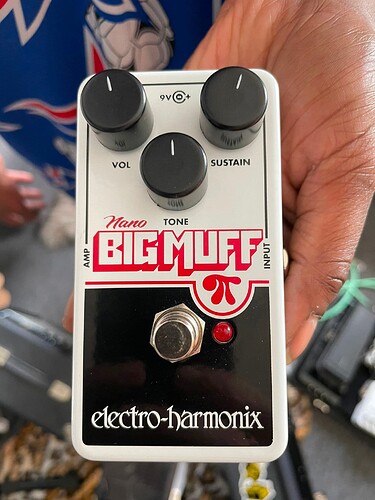 Although she’s struggling with the violin bow I bought her…

@steviebee – going to see Pharoah’s band Mama Sutra at Upstairs at Ronnie Scott’s tonight for a late late show (onstage at 11.15) and Ese and Noel are gonna sit in on a couple of numbers.

Gosh looked them up on you tube……they are great as well, do they have any recordings? You will have a great night👍

Dammit… I’d forgotten it! Sadly (probably just as well as Mr Rotten’s gift of his cold has slayed me this week - luckily it didn’t take hold until the day after Ese’s gig), I’m in no state to go.