‘keep connected’ is on.

This just stops the iPad from sleeping and keeps the screen on so you don’t have to unlock it. Nothing in the preformance of the Naim app changes. Unless you find unlocking the app too much of a faff, I wouldn’t bother with it.

Though I agree in principle, in my case it helps because the main issue is unresponsiveness after waking up, so if the screen stays on this is improved. It’s just that the side effects are unacceptable

I have ‘Keep Connected’ on & use an iPad cover that makes the iPad sleep; all works OK & nothing is slow.

I don’t find the responsive of the app slow. Most things are pretty instant including starting playback.

I just use as is, no keep connected or any fancy settings. I use an iPad 2018 and Asset running on a QNAP.

I have created a short video to demonstrate how it is for me. I terminated the Naim app before starting by swiping it away so this is loading up.

I would suggest that if you don’t see a similar speed to this then you have an issue elsewhere. I find the Andoid application similar in responsiveness. 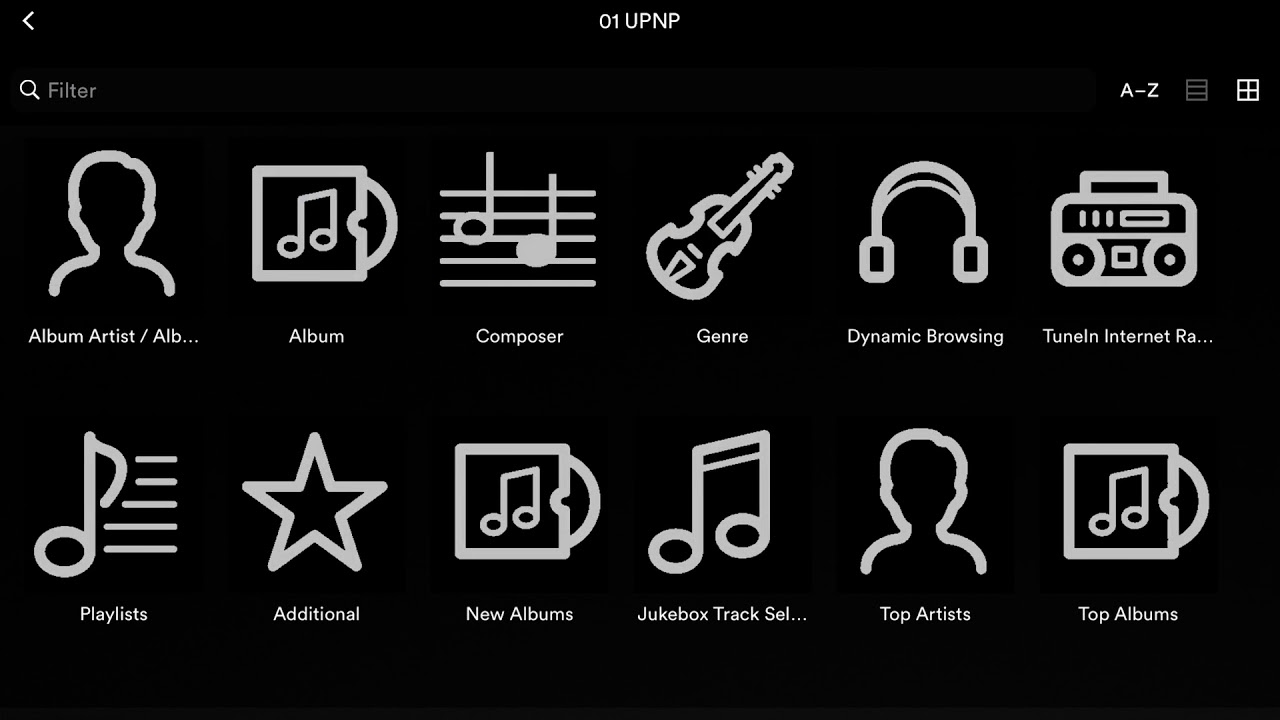 I run the app on an iPad and iPhone. No problem with responsiveness from me. I actually mainly use Roon. Any responsiveness issues there (very minor) are down to Roon and not my ND5SX2. I do have a full ubiquiti network which I find is rather good.

I mainly use Roon too. It’s quite a bit faster than the Naim app but the Naim app is more than adequate speed wise.

The video does not show how it is after it is waking up from a blanked sleep screen. As mentioned numerous times, it is responsive for me once it is fully woken up from sleep, which takes anywhere form 2 to 10 seconds.

As for other issues, I struggle to see what it would be other than the app (possibly not an all devices, I can’t say) that would cause the following behavior:

I have just tried waking up from sleep and there is no delay whatsoever. I don’t think I can video this but I assure you it’s instantaneous.

My network is reasonably simple.

At the heart there is a Draytek router with dual wan connections, it’s set to use my Virgin cable connection by default (200 mbs). Wireless is disabled on the Draytek as I use TP-Link Deco for wireless in access point mode. Otherwise there are Netgear swiches throughout, they are the managed switches but the management is very primitive and left to defaults.

I have no issues with discovery or speed. One wired Muso Qb, 2 wireless QB’s and one wired Naim NDS.

Thank you. Which leaves me only to conclude that the app does not work the same on all devices. If it had a logging option, I would enable it, but I offered to Naim support and apparently there is no such option, at least they did not take me up on it.

I have set up ethernets etc. since 1992 and my professional work is as a software tester and supporter in a successful software company. I am not a computer idiot

And others posted above that they are experiencing the same issues with unresponsiveness. I am happy that you don’t, but I bet that the issue is in the app somewhere and apparently only hits on some devices for whatever reason.

@trickydickie Here’s a video, sorry for quality. I wake up the screen with a double tap and try to change the volume. As you can see it does not react. Then I try to play music by touching the Play button and it does not react for 2 seconds, then starts to play music; only two seconds because I had first fiddled with the volume. Had I tried to play music immediately, it would not have started with the music for the whole time, either (and neither would have reacted to anything else). Then, after it has become responsive, it works fine. 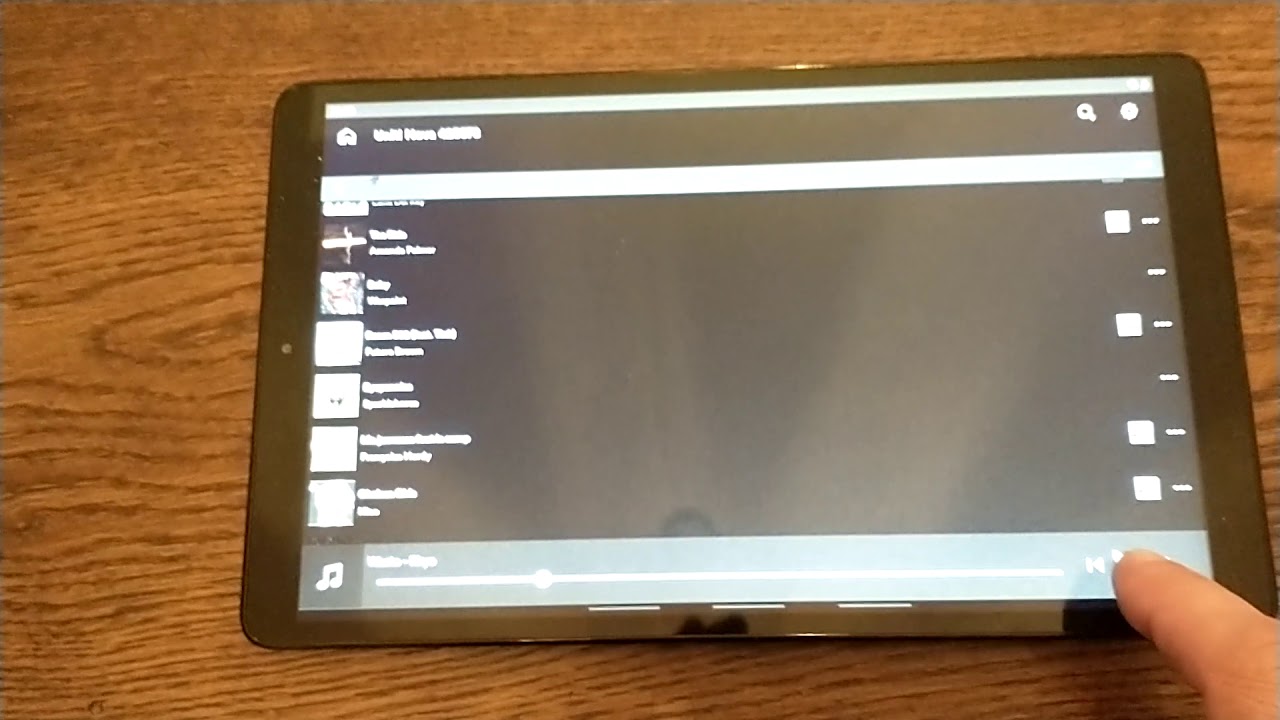 Suedkiez, tricky use an old streamer, you use an Ndx2.
With my Nds it’s very quick . But sometimes, not often, I have to click a second time.

Actually despite my system profile it is just the Nova. (There were delays, the 252/SCDR/NDX2/555PSDR will be here in two weeks. I had updated the profile thinking I would have the NDX2 the next day and didn’t bother to change back)

Edit: I see with tricky, thanks for pointing out. But I don’t see what it has to do with it, the app does nothing during these 10 seconds, including not anything that does not appear to interact with the streamer, like go to search, or go to the app settings, or go to the app home screen, or anything at all. (And even if an NDS would change this, no I won’t turn the NDX2 around and buy an NDS because the app has troubles!!

Edit: And like I said before, I got used to it - the trick is just not to try anything for those first 10 seconds after wakeup. After this it is fine. Teaches patience, but it’s not right for casual Nova buyers. And a pain when the phone rings

I was not suggesting that

I am now pretty sure that it has something to do with multiple wired access points in the house (wired Asus AImesh network).
I unplugged my Nova and moved the ND5XS2 to another room close to an access point and it respons much faster now… as soon as I replug the nova both units start to becomes slower.

Surely possible in some instances, but I don’t have that. I also just tried to turn off battery optimization for the app but no change. The way this is going I will after all have to whip out the android development environment and see if the apps logs something useful over USB. This was what I did not want to do with my Naim hifi in the spare time

Naim app slow to find streamer? This might be useful information Streaming Audio

…this may have been raised previously but I though it worth adding my experience just in case it helps others. Have been frustrated at lag between launching the Naim iOS app and it actually finding the streamer, particularly since the Roon app finds the Roon server immediately with no lag. This annoying niggle has persisted with various iterations of Naim kit and despite a house-move with entirely different router / network infrastructure. Anyhow, current router / WiFi system is Synology MR22…

…just in case it is relevant.

So I finally received and installed my new NDX2 etc. (pic

) and replaced the Nova.

It’s a mixed bag with the app:

I get that the app cannot know the volume when system automation is enabled and therefore shows only the volume buttons instead of the slider, but it turns out to be a bit less convenient without visual volume in the app - weird how quickly one gets used to these things.

When turning off system automation, the Volume Mode setting switches to Fixed instead of Variable, which seems a bit scary, and is confusing because the app shows no volume controls at all because of this.

Magic. Played music yesterday evening and it was still the same wit the unresponsiveness. Woke up today, woke up the tablet as usual, and the unresponsiveness was gone. It has now stayed gone for an hour or so during multiple wakeups. Nothing changed (I hope very much) in my network while I was asleep. Naim’s the only hifi manufacturer where even the app needs to be run in

Let’s see how it continues, but for now I’m happy.

Edit: shouldn’t have said something, it’s back half an hour later

Edit: Better again another hour or so later. Having an explanation for this witchcraft would be more satisfying, but if it is always like this, I can be happy. (And the sound of the new system, oh my! It’s so good that I’d flip the bits with tweezers if this was necessary)