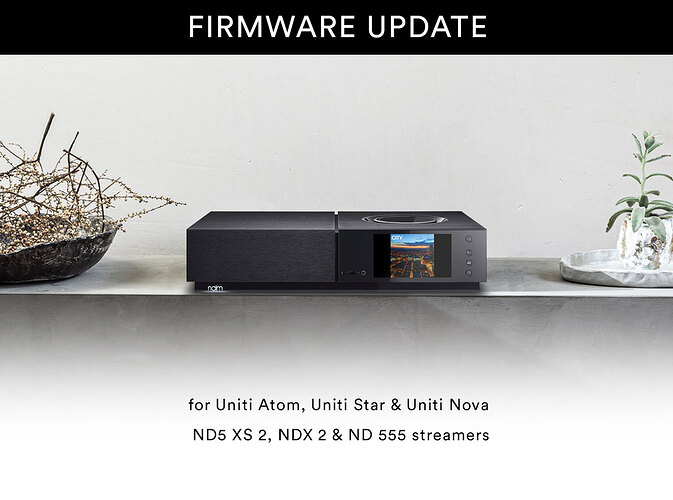 We are pleased to release new firmware for Uniti Atom, Star and Nova systems; plus ND5 XS 2, NDX 2 and ND 555 streamers. We have worked closely with an enlarged beta-test group to improve a range of playback and display issues, detailed below. Thanks to the beta team for all their input on this and ongoing software releases.

UPDATED IN THIS SOFTWARE RELEASE:

Uniti Atom, Star and Nova specific updates in this release:

If you find that your product has disappeared from the Rooms screen after a firmware update, then please see the solution here;