Okay, As above, rebooted, and now stuck on Home Screen with same 6-4-1 power light flashing sequence? And disappeared from app…

I was very vocal here a few years ago (as were others) about perceived SQ changes on my Nova after a particular update.

These days I’m more pragmatic. The sonic signature can and does change due to firmware changes - this is not intentional. Some notice no change, others +ve or -ve changes.

Prior to formal firmware releases I believe there are SQ tweaks intended to be beneficial. Ultimately any sonic change is specific to the user’s physical/networked environment and system characteristics. There is no way to predict for everyone if changes will be neutral/positive or negative.

Personally, having often reverted to a much earlier version on my Nova because I have an older firmware file which I preferred sonically, I no longer do this as recent versions are much improved.

We have a choice not to update if we’re happy or take a slight gamble that things may sound different. Even if an update now sounds worse there’s no reason a future one won’t sound much better.

So, if concerned and happy stick with what you have, if not update and just appreciate there might or might not be a perceptible change but you won’t be able to revert. If there are no bugs or new features you need I’d probably stay with existing firmware unless you adopt the pragmatic approach. It would equally be fair to say that if audio ‘partners’ change their software older versions might not work even if Naim update old erstreamer firmware to accomodate the new changes.

My Nova went thru more download - install - reboot cycles than I was comfortable to witness, so I left the room before I was tempted to pull the plug.

I witnessed it return to the main screen 2x, but the Power button was still pulsing and sure enough, within seconds it went around again.

I let it do it’s thing and it seems to be fine now. But the process is potentially confusing and may cause people to interrupt the install, which isn’t ideal.

great job Naim. ND5xs2 into active SL2. Either the best mains night of the year or the sq has really moved on for real. Somewhat like a Sondek bearing upgrade from old original to cirkus etc.

My Star has been sounding rather flat, lifeless (and hard edged on some recordings) for a while and I wondered if the new firmware might fix it. It didn’t make any difference. After reading on here about powering down for 30 minutes I tried it and 3 dimensional sound and wonderfulness has returned. Thanks for the tip

But if you wanted to try something else first, then a factory reset might be worth a try.

When turning on the NDX 2 power supply, hold down the Play and Input selection buttons of the NDX 2, until the front panel display of the NDX 2 turns on, then release. Warning: This will reset the music database and will delete all favourites and playlists.”

Agree with @davidhendon re factory reset.

After that… Deleting and reinstalling the App has helped several here, too.

I had the same with my NDX2

Power off => on and it finished the update.

…no SQ change detected and it sounded absorbing. I’d meant to spend the 40 mins track hopping, but couldn’t move on and ended up listening to the whole of a Beethoven Piano Trio.

That just means - IMHO - the the SQ change is subliminal consciously but we mainly listen to music subconsciously in parallel - these changes to absorption into music and listening for longer that you initially intended are what I use to assess if I have had an upgrade in performance, even if initially I can’t determine what has changed.

Thanks… and @davidhendon, factory reset done and all okay.

I am not going to comment any further as I had my last post removed without a clear explanation for the reason for its removal.

Others seem to be freely discussing beta testing in this thread without moderation. I think beta testers need clearer guidelines about what can and what cannot be discussed outside of the beta testing threads.

We can discuss here what we think now about the public release though. There is no restriction on what beta testers say in that regard.

I think it is quite clear if you read the beta testing rules.

Others seem to be freely discussing beta testing in this thread without moderation.

…I steer-clear of any specific feature being tested or results ongoing on the Beta testing, but mentioning you personally like one thing or another does not seem to be betraying confidences …I hope!

Yes, quite right DB and I have to say that this kind of ‘unable to stop the track’ experience happened frequently before updating FW and I mentioned it in this thread mostly to report a ‘definitely not worse than before’ kind of experience to counterbalance some of reports of negative SQ effect from the new update.

FWIW, I eked out another 60 min window for listening and played Perlman/Ozawa’s Stravinsky Violin Concerto. I credit both Violinist and Conductor here because this work is a prime example of the need for soloist and orchestra to work together to make it really ‘happen’. I had 60 minutes tonight and again wanted to listen to a few things, but ended up just listening to the Stravinsky twice over. Fabulous! 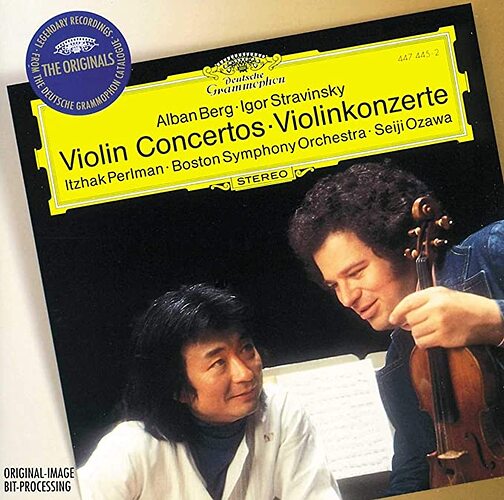 Discussion in the beta forum stays there, as per your NDA. Obviously you can discuss the firmware now it has been released.

Also. If functionality improves, your enjoyment of the product improves and that can also positively impact on perceptions of sound quality. Won’t be the case for all ears and all systems, but could be for some

Thomas for me 3.6 is the best sounding release thus far for me. I really like the overall balance of the sound and the way that instruments are accurately portrayed. The fact that I sat here this morning with a smile on my face while listening says it all really. Very pleased

but ended up just listening to the Stravinsky twice over. Fabulous!

Strings are rendered better now with 3.6 - I had been purchasing violoncello music (Anja Lechner) after the Beta prior to this release emerged. Everything rapturously came to life on material I had played before and made me appreciate it so much more.

Fair enough. I will reacquaint myself with the Beta forum rules.

The last thing I want to do is contravene the rules, I was just a bit confused as to where the line is drawn, as the SQ and addressing rebooting in the last Beta is openly discussed on here without moderation.

We possibly need a little more consistency in applying the rules.

My Atom rocks with the new download. Best amp i ever bought.