Much has been said on this before, though I don’t think there has been a dedicated thread, so perhaps this is the place to gather experiences.

Aside from individual manufacturers’ guidance there are various published approaches.

A popular one is the Cardas method:

There’s another approach by Arqen: 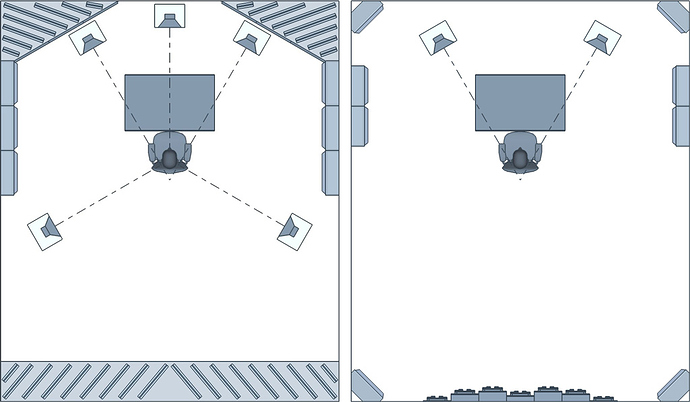 How to choose a listening position and place your speakers for pristine, truthful listening (in stereo or surround). Room and speaker layout tutorial for recording studio control rooms, home theaters & hi-fi listening rooms.

And I’ve seen some good guidance from Salford University’s Acoustics dept., though I seem to have mislaid the link.

I used REW software with a measuring microphone, playing around a theoretical ideal listening position 38% of distance from front to back wall (and trying all feasible orientations), otherwise keeping the speakers on the corners of an equilateral triangle and finding best position as I moved them closer to tge wall or closer to the listening position. Using measuring software is far more accurate than my ears, and much quicker! The result is pretty good, not far from a nice even response (now just requiring some room treatment to reduce near reflections and reduce decay time).

I suspect that speaker placement for many is based on how they live. If you have dedicated room then fine, but many have systems in rooms that have other purposes.

My speakers are on a wall, not ideal but any other configuration wouldn’t work with a tv, fire, sofa and two chairs.

I sometimes consider not having a system as even in my space and care taken about where it is, I think why bother.

Then I listen to it and realise why I do bother.

So much is made of optimisation but ultimately it’s not that important, given the many constraints you describe. We’re truly fortunate if we have the conditions to fully utilise our systems.

Enjoyment is what counts and having friends with soundbars and suchlike, I think you’re definitely better off with some proper hifi!

ETA: not that there’s anything wrong with soundbars (if you know what I mean).

So much is made of optimisation but ultimately it’s not that important, given the many constraints you describe.

Not sure I agree with that. I think speaker placement optimisation is one of the most important aspects of getting the most out of your system and it’s certainly the most cost effective, being free.

The majority of us have to live with some sort of constraints but spending the time to optimise placement within those constraints is time well spent. A few centimetres here and there can make a significant difference.

The other aspect of optimising within constraints is that you may realise its just not worth spending a lot more money on speakers only to obtain a marginal performance gain due to placement limits.

And I’ve seen some good guidance from Salford University’s Acoustics dept., though I seem to have mislaid the link.

I’ve found what I was thinking of, but I was mistaken in remembering it was about speaker placement: it is actually about room dimensions. I’ll include the link here as it may be of interest/relevance to anyone considering the listening room from scratch, perhaps when house buying or modifying. The subject is studios, but of course applies equally to any listening room.

Over the years, people have suggested certain ratios of room dimensions that minimise the distortion caused by low frequency room modes. These “golden ratios”, however, are not necessarily the best dimensions to choose for a room and below some new...

Unfortunately Salford has reorganised its website recently and the links to the spreadsheets for room sizes referenced in this paper appear to have been broken. I think (hope!) I saved them when looking at this a few months ago: if so then I’ll post on here if I can (they are open access, or at keast were when I accessed them).

I think I’ve probably not explained myself. If you’ve done due diligence and the result is less than ideal, there’s absolutely no use worrying about it further.

In relation to the chap I was responding to, if the placement described is the best that can be managed then what the hell. If the situation changes and better placement can be achieved, great, but till then enjoy.

The alternative of getting rid of one’s system, because of sub optimal setup, is really not a good outcome imho of course.

Personally I discovered there was such a variance regarding room size, shape and furniture configuration the only thing to do is sit where you intend to sit and listen. Then adjust the speakers to positions where they give you a sound you appreciate most.
Measurements are ok but it’s not a precise science and they don’t take into account there may be other room users.

In that case I agree

There are alternatives to either accepting it or getting rid of the system though:

Personally I discovered there was such a variance regarding room size, shape and furniture configuration the only thing to do is sit where you intend to sit and listen. Then adjust the speakers to positions where they give you a sound you appreciate most.

My experience in present room was that whatever I did, where I had planned to sit sounded awful! I had no option but to completely reassess room layout, and am very pleased with the result. But it wouldn’t suit all households, at least not all the time, though of course it may be possible to move a seat and/or speakers to optimum positions when wanting the very best sound to the exclusion of other household needs, even if most of the time being content with second best.

A variant of the Sumiko Master speaker setup method worked well and rather quickly for me in many different real-life situations. Google for it, there is a summary on the Sound Apprentice website. Instead of the music suggested there, I use a mono mix of Reed’s Walk on the Wild side because it has the double bass body as well its strings rattling against the fret board at a higher pitch, all in one placement, and being mono it has a strong, unambiguous center. The most important thing is that you know the music very, very well. This method shares some aspects to the Audio Physic method mentioned above. Other methods that are purely calculation-based may be preferable when planning a dedicated room, but IMHO the practicality of Sumiko and similar methods wins in existing rooms with shared usage.

Here’s a link to the system as used by the Sound Apprentice. 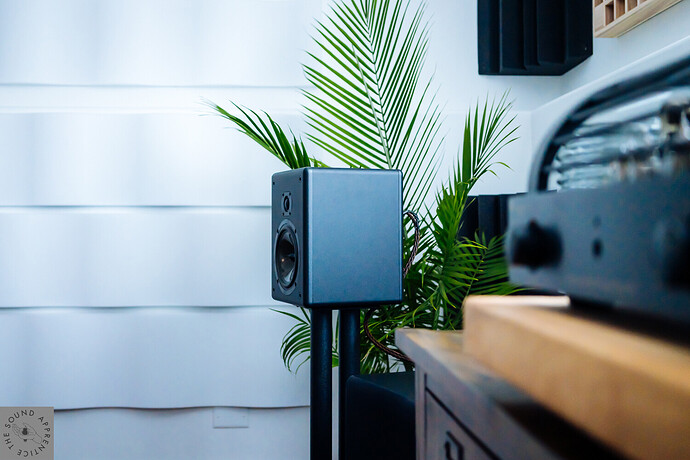 thanks, I was not sure if linking this is allowed

Beware of guides that put in numerical figures. These are based on mathematical absolutes and are no way ideal in relation to your own set up.
Most speakers give out 90% of capability just plonked anywhere within each other. It’s just that last %.
I like the voicing challenge. Moving the speakers around the room to find a broad useable area that’s harmonious to room acoustics, then fine tuning.

So much depends on the room. I had my speakers before last - moderately big floorstanders - in 6 different living rooms, and have in two other rooms, and they sounded good in all without much fussing with positioning from the initial spots. Their successor, a larger pair of floorstanders, I’ve had in 4 living rooms, and have heard in another, ditto in every room except my present one, where when first set up the sound was simply awful. Absolutely no bass. No way could I live with it. The solution took a complete re-think of room layout, approaching as I described in my first post on this thread. The result was really good. And later when I replaced the speakers with my present ones it just took a touch of fine tuning around the same positions.

Prompted by another thread musing on diagonal placement I had a niggling memory of reading something and have tracked it down, it being quite a readable paper discussing layout generally but also mentioning diagonal. 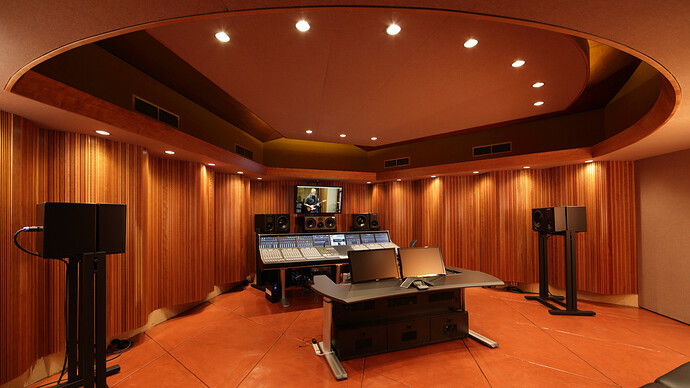 by Pablo Bellinghausen – Producing music of any kind relies on accurate monitoring, and professional studios spend a lot of money not only on the speakers, but in acoustically-treated, purpose-buil…

Unfortunately Salford has reorganised its website recently and the links to the spreadsheets for room sizes referenced in this paper appear to have been broken.

I have seen pictures of setups on this website, which really do make me wonder if people get the best out of their system.

I think this raises a different question about mentality rather than speaker placement. So many people buy things because they can, regardless of the fact they cannot use them. When I see people with massive expensive speakers half obscured by a sofa, yes I understand they have living realities to deal with. But in the same situation, I’d consider those realities dictate I should not buy those speakers regardless of whether I could.

But there are a few people that think, I may well live in the broom cupboard under the stairs with .05m of floor space but dammit, I can afford Kudos Titan 808s so I’m damn well getting them even if I have to put one on top of the other sideways and sit 30cm from them.

Which is silly, that situation obviously calls for DBLs

But people also move around too and what may have worked in one house/room may not somewhere else. Personally I wouldn’t stop a house move just because my hifi wouldn’t work as well in a new room.

I too have looked at a lot of system photos and thought similar thoughts. However, everyone’s situation is different and everyone has a different threshold for what they’re willing to accept.