Lots of questions / comments etc. on Tidal Connect. Maybe i can shine some light on the subject.

Tidal Connect is an alternative way to play Tidal using their native apps rather than a third party solution. The app acts as a control point which talks to the TIDAL servers in the cloud and a ‘play queue in the cloud’ then drives the streamer on what to play next. So what’s hot and what’s not with this:

Overall if your music consumption is focused around TIDAL then this is for you.
If you use TIDAL as more as an extension of your own local collection then you’re probably better off with the current solution. At Naim we’re covering both use cases as some customers will prefer one over the other.

To finalise I’ve attached a few screenshots of Tidal Connect working with an Atom. Enjoy! 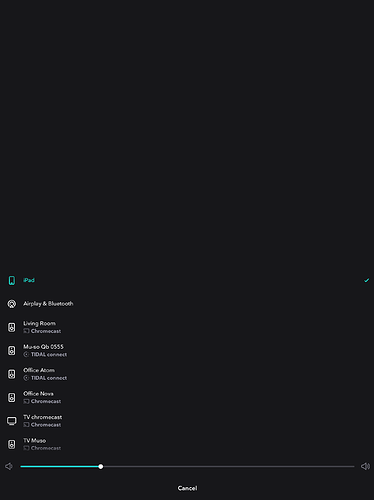 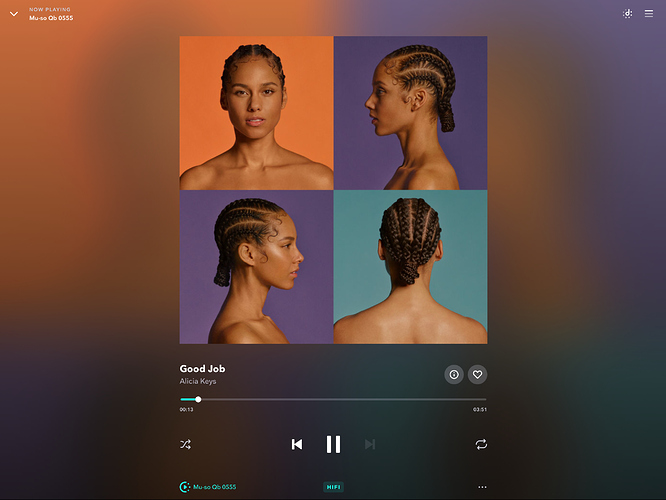 I’d actually prefer to be able to use the Tidal app.
Please consider any connectivity option that would make that possible. It would be much appreciated.

It’s already a bit frustrating having bought a device like the Mu-so just before gen2 was announced. And then to add insult to injury, the only (connectivity) feature being added is for Apple users only, instead of one like this or even Chromecast which would work for everyone.

Hi @Stevesky, thanks for providing that run-down of information. Annoying to hear that MQA unfolds aren’t included, but of course this is out of Naim’s control!

Looks like you have some alpha/beta version up and running on iOS already - including with Atom firmware (and Mu-So) that supports it. So…why must we consumers wait for 2 1/2 months (at the earliest) to get the features? I don’t know of any testing processes that take this long!

And then to add insult to injury

Buying something just before being replaced with a new model is not injury by any stretch of the imagination. Misfortune maybe, but it is just the luck or otherwise of the buyer, and happens across the whole gamut of consumer product buying: the only alternative would be no model revisions.

You’re right, I didn’t really word that correctly. The issue is not with buying it, more that with a product like that, and the way it was marketed I was expecteing future updates/features. Whether a new one was released or not.

That seemed to not be happening since the release of gen2, unlucky perhaps, but then the feature that was added is one that doesn’t work for me, when similar features (connectivity options) that would won’t be, hence the wording.

Mine are just over 1 year old

Naim Mu-So was introduced in 2015. Mine is a couple of years old and works fine.

Currently the masters section is only applicable for MQA enabled devices. There is no first unfold offered by the system and the TIDAL servers pick 16/44.1 equivalents

It seems a bit odd that the first unfold of Tidal isn’t offered given that it’s done in the Tidal app. Not that it bothers me personally, there’s no going back from Qobuz as far as I’m concerned but it seems that people are asking for it.

Well, I look forward too get a tidal connect on my 272. Feels a bit odd to have a two year old product and been treated like history.

Well, the nuance is very short if you understand what I mean

I think actually it’s a major difference, but I’m not wanting to argue with you if you don’t understand.

@Stevesky, thanks muchly for the information. Disappointing about the first unfold, but there you go. Looks like I will have to stick with Roon+Tidal then as us here in the Great White North don’t have access to quobuz

I think you need to be realistic about what new developments will be supported on discontinued hardware. When the original streaming board that the 272 runs was developed (well over a decade ago) Tidal didn’t exist, never mind Tidal Connect. Naim went to great lengths to shoehorn Tidal support into the streamers despite the fact that the hardware was barely able to cope with it due mainly to the very small buffer they use.
If you want HiFi that supports current services, check that it can do so when you buy it. If you want HiFi that supports services that don’t exist yet, buy a crystal ball.

I understand it’s a compromise, that it’s implemented for convenience…but the fact is that Chromcast is a piece of noisy Schitt and Naim can’t change that. Naim tries to implement it as best as possible, I don’t blame him.