Any pointers / tutorials most welcome, using sing a Mac, Asset and iOS devices here, so the best user friendly approach would be great.

Ah yes, I missed a similar request above. Still, the more the merrier. You’d think it would be a simple fix.

To manually transfer Naim app playlists:
Open a playlist on one device, and play it. It then creates a play queue.
Open the app on another device. You will see the same queue. Save it as a new playlist.

Obviously if you edit a playlist, the edits will not automatically transfer to the other device, so you would then need to repeat the process.

Regarding server playlists, once set up they will be visible in the UPnP input. I use a Unitiserve for this, which is very simple. How exactly you would do it in Asset or Minimserver, I’m not sure, but I believe there are ways.

I agree with this, and it’s certainly been discussed here before. If we keep harping on about it, perhaps it’ll be taken up eventually.

Chromecast doesn’t appear if you don’t sign into it, but won’t disappear once you have. I did manage to get rid of it eventually, I think by signing out, disabling the input, then doing a factory reset.

Thank you Chris! The device switching worked like a charm on the first playlist I tried it with. Superb!

I did explore the process of creating playlists on a server (Mac mini) and it was just so clunky on a Mac that I gave up. I may try again at some point, but I’ll experiment with this technique first and see how I get on.

For me, adding a track to a playlist is something I sometimes like to do spontaneously, so having the option to do it on an iPhone app in just a few taps is ideal. I’m not sure if any non-Naim servers can do this quite so easily. Maybe some other UPnP server users will have some suggestions?

I’d like a little icon on the top of the screen indication either single track, single album playing or album shuffle, i’ve fallen for that mistake many times, thanks @anon4489532 !

It would be quite nice to be able blend one tracks ending with the next tracks start in playlists. This can be done with other services even allowing user selection of the fade in / blend time in seconds. I seem to remember this being available on Spotify I had it set to around 6 seconds which was great for entertaining at meals or parties.

You can see the booklet if it exists in Qobuz.
Tap the song that’s playing which brings up Play Queue then tap the 3 dots to the right and select Open booklet.
Is that what you mean @PeakMan? 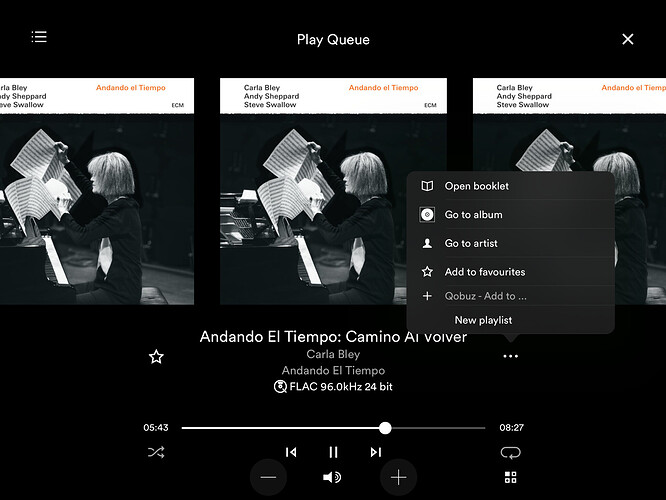 Sorry, I know about that and no it does not open the booklet that accompanies the CD or download, which is what the Auralic app does, at least where Qobuz provides it. I think that the information in the Naim “booklet” is from Rovi database but not sure on that. A critical case is listening to an opera or song recital in a foreign language where the words are important and usually given in the CD booklet but not in the Naim app lookup. I think this is mostly an issue for classical (it’s mostly for classical that Qobuz offers booklets), which perhaps explains why not so many folk here mention it.

Incidentally, it does work on the Qobuz app, which gives a kind of workaround.

Ok Roger. It is Rovi btw

Chromecast and USB can be disabled/enabled via webclient (streamer ip/webclient in your web browser). Once there, go to Settings/Inputs & Sources, then for USB select ‘Disable Input’ and for Chromecast unselect ‘Accept Terms and Conditions’. No need for factory reset

For me there are 2 things:

You are an absolute star, thank you. And just to prove I could follow your instructions… 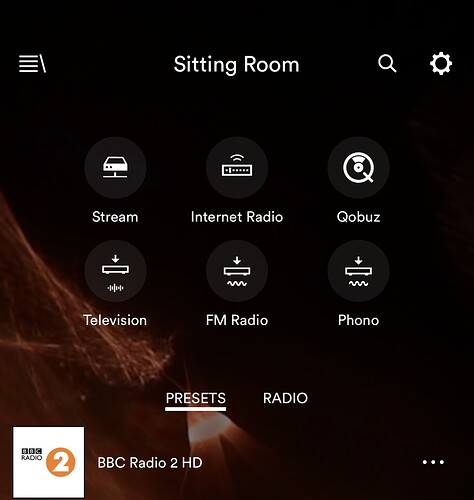 Something I’d really like (which is already provided by TIDAL’s API) is the identification of explicit/non-explicit albums and so forth. In TIDAL it has a little EXPLICIT tag, but within the NAIM app it shows the explicit and non-explicit versions of the albums, without currently telling you which version is which.

Thanks @MKas now with USB disabled all on 1 page. This had been discussed before,can’t remember where and just a bit surprised this fix wasn’t brought up.

That’s a good call, although there’s a little part of me that hopes they don’t. One of the most hilarious moments of my childhood was when listening to Ian Dury at my friends house. His mother, with split second timing, happened to enter the room just as the opening bars of Plaistow Patricia blasted across the room.
Anyone who has only ever heard the Tidal version might wonder what on Earth I’m talking about.

Here is a feature suggestion: the ability to preset a volume for turn on. Would be nice to avoid inadvertently blasting the house after my son has used the naim. Thanks!