I can’t accommodate a Brain / Brawn stack arrangement so the system has to cope with the vibrational harmonics of the transformers transmitted from lower on the rack.

So, how to mechanically isolate the ‘Brain’ components.

First: rule out solutions based on damping, such as sorbathane.
Second: rule out spring systems as; 1, they’re more difficult to design and build; 2 some of the boxed have vary asymmetric weight distributions.

So, think about using the properties of systems based on dissimilar materials… Well to avoid transmitting vibration we have to limit the energy transfer; this can be my absorption, compliant suspension or reflection. I’ve rules out the first two, so use reflection.

Across an interface, if the propagation velocity of a wave is different in each medium the refection from the interface is increased.

Next is what to put underneath, again use something with a very different sound velocity but is still rigid. Brass has a lower sound velocity than steel (and tends to have good acoustic properties anyway) so a brass lower plate it is. 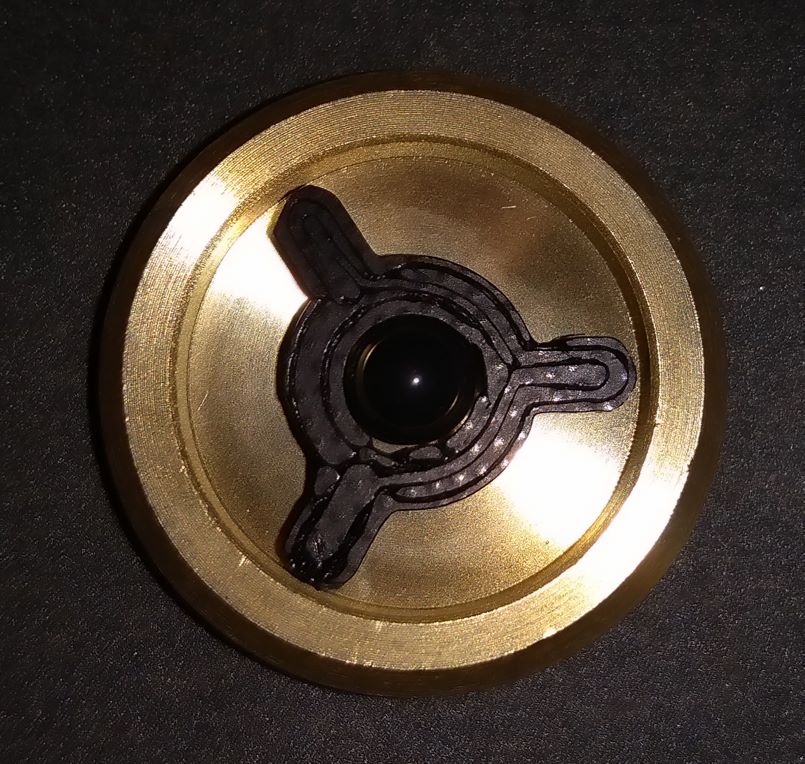 So much for the theory

It works!
There’s a bit less background ‘clutter’ in the sound, but more significantly it organises all the elements in signal in a much more coherent manner.

Interesting, is that a ball bearing in the middle? Could you post a side on photo please?

So, think about using the properties of systems based on dissimilar materials… Well to avoid transmitting vibration we have to limit the energy transfer; this can be my absorption, compliant suspension or reflection. I’ve rules out the first two, so use reflection.

What I don’t get is how you get rid of the mechanical energy (vibration).

The only way I understand possible to get rid of that energy is to convert into heat, or something else. Energy can’t disappear.

Your system is pretty close to a technique used in the industry , “Constrained Layer Damping” to damp vibration. It turns mechanical energy into heat.

You could also do the same with ceramic balls, probably with better results, from what I read only of course…

I used similar principles when I designed and built my HiFi rack and speakers. I have not done a listening test with other systems but I am happy with what I have ended up with.

Yes it’s a ball bearing, but not a normal one made of chrome steel: these ones are made from silicon nitride.

Silicon nitride is a ceramic!

I’ve used stainless steel ones due to our high humidity and salt air.

It doesn’t actually get rid of the energy as such, rather it isolates the energy, preventing each component’s vibration from affecting any other component; the gain comes from reducing unwanted interactions.

It’s not constrained layer damping as there’s very little loss in the system. Instead, the energy is reflected back to the source; and importantly, as there’s so little potential for storage of energy, the reflection is virtually instant (rather than delayed as it would be if the ball was heavier, such as a larger steel ball). In this way very little of the higher frequency energy is transmitted across the isolater system.

Neither Brass nor silicon nitride will be badly affected.

Brass may become a little dull, and the silicon nitride will be completely unaffected by anything (well pretty much anything short of hydrofluoric acid that is!).

Do you need the fabric infill? Or could you use brass nuts that the silicone balls fit in? This is how I did mine: 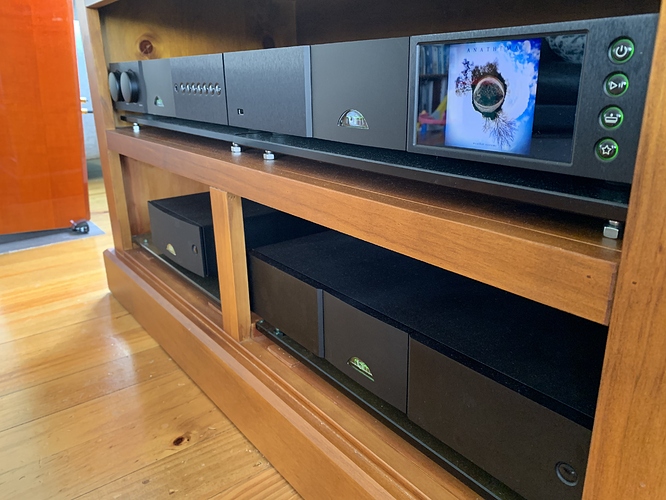 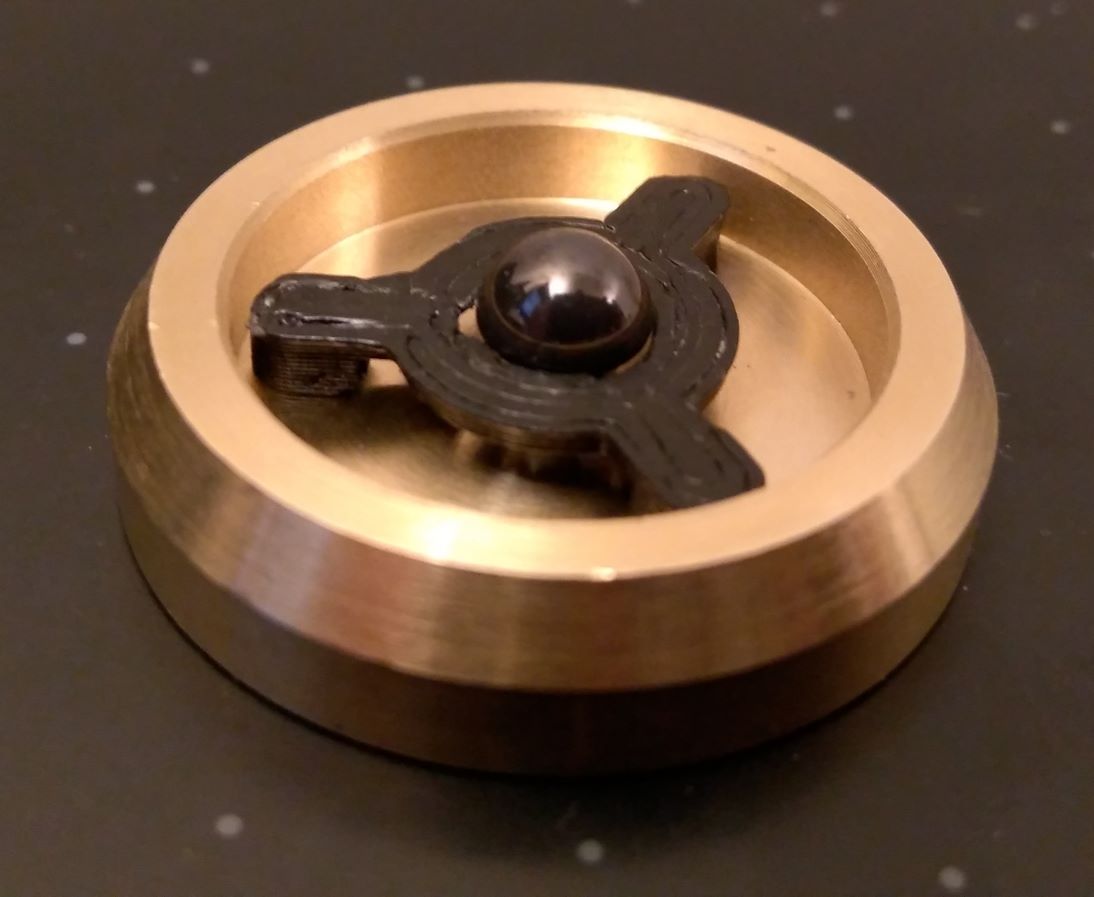 I understand the engineering, I was involved in something similar when I was gainfully employed.
The difference was we had an identified frequency/amplitude problem & a target objective.
This will prove interesting, in a Naim forum kinda way.

The use of the recessed brass plate is to ensure minimal contact area with the brass and to ensure that contact is only in a purely vertical direction to maximise the reflection of energy and minimise the energy storage capacity of the system.

P.S. The ball bearing is a silicon nitride ceramic not silicone!

Acoustically it seems to be a significant improvement on the gnome duts it replaced as well.

They say here that all are ceramic. Are there different ceramic? 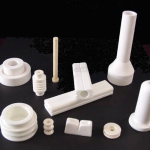 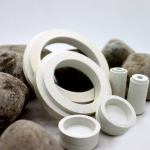 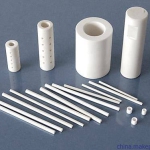 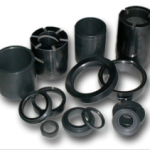 Of those you mentioned above, silicon nitride is functionally closest to silicon carbide.

Finite elemente , Franz audio and Stillpoints use ceramic balls inside their isolation devices. They are considered among the best effective.
What type of ceramic do they use?